How to Handle Workplace Problems Directly 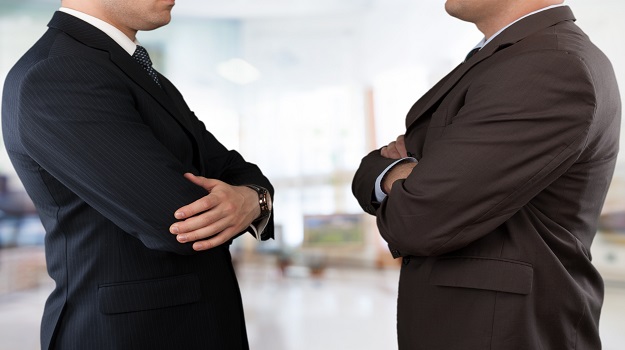 The Dangers of Triangulation

In the workplace, most people hate confrontation and love gossip.  While some gossip is harmless and often lighthearted, sometimes it causes the work environment to toxify. If you gossip to avoid confrontation and influence a third party’s opinion of a coworker, it’s no longer harmless gossip. It could be triangulation.

While there are several definitions for triangulation, including some involving geometry, navigation and surveying, the type that causes problems in workplace culture is a psychological one. In the mental health field, therapists see triangulation as a manipulation tactic used by many suffering from mental illness.  However, people without mental illness can be tempted to use triangulation to avoid confrontation and gain support for their negative opinions, hurt feelings, and insecurities in a difficult situation.

When you, as person A, have a problem with person B and instead of talking to them about it, you vent to person C, that can be triangulation.  Whether it qualifies as such and how much damage to the work environment results will depend on person A's intentions and how person C handles the situation.

Everyone vents when they are frustrated, and a little venting can be helpful.  Complaining to a third party about a problem often helps you calm down and might give you some perspective before you approach the offending party.

The key to healthy venting is talking about yourself more than the offending party. Talk about why you feel frustrated and apprehensive about handling the problem. Describing what person B does to upset you might be necessary but concentrating more on your own reaction and emotions is psychologically healthier. Venting to help you deal with your own feelings and put yourself in the right frame of mind to handle the problem intelligently is beneficial. Venting to bolster your ego and damage person B’s reputation isn’t.

Attacking the Problem and Not the Person

If you complain about what someone did and how it affects you and don’t express judgments about someone's character, you’re on safer ground. Talking about a coworker’s chronic lateness and how it prevents you from meeting deadlines is okay. Characterizing the person as lazy or speculating about the person’s habits or home life isn't.

If you have a problem with a coworker, you might talk to a supervisor about what's happening. If you're asking for advice on how to handle the situation, and you intend to address the problem with the coworker directly afterward, you're managing the issue. If you talk at length to a third person about the employee causing the difficulty rather than the problem itself, and you never plan to speak to the offending party, you aren’t. If you’re bringing a problem to the attention of a manager because it’s something that person should handle, you’re looking for a solution.  If you talk to a manager to score points for yourself, you’re not.

The more complex your emotions are about what’s happening, the more likely you are to act inappropriately.  If you feel the problematic coworker dislikes you or doesn’t respect you, you might want someone to bolster those opinions.  If you’re talking to person C to convince them that person B doesn’t like you and is against you, you might find yourself talking more in generalities.  You might say things like, “He always does this. He has a bad attitude. She thinks she can do a better job than I do”.

Insecure people are often more likely to use triangulation tactics to solicit reassurance and confirmation from others.  If you talk to a third person to establish an alliance against the offending coworker and bolster your ego, that’s a problem. There’s a difference between the following two statements:

One is asking for advice, and the other inflates the speaker’s self-importance.  It’s gossip used to gain support for an opinion. It can lead to a gossip chain, unhealthy workplace alliances, bullying, and toxicity.

If you find yourself in person c's position, your reaction can make a huge difference in the conversation's damage.  Steering the complainant’s path back to the problem and talking solutions might work.  Acknowledging someone’s pain or frustration but suggesting speaking to person B about the issue could bring person A to their senses.  If you get a reaction like, “That won’t work” or “He won’t listen,” you know triangulation is present.

Recognizing the triangulation and understanding its potential to create a negative atmosphere should keep you from propagating the information.  You minimize the damage by refusing to join forces against the person in question and declining to pass along the damaging gossip. Stop the gossip chain and advise person A not to talk to others about the problem.

Handling a problem directly with the employee causing it is the cleanest and healthiest approach. If someone needs to talk a problem over with a third party, it should be to solve it. Creating the triangle for any other reason can cause damage to the workplace culture.