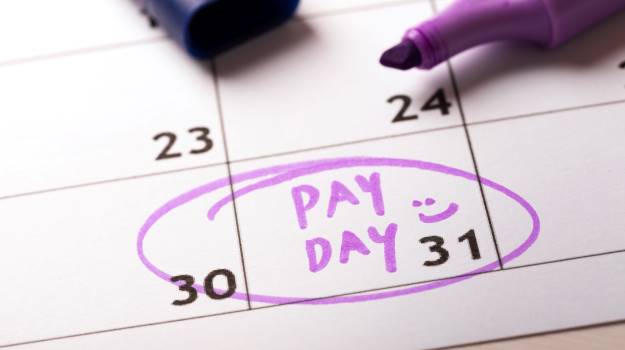 On Sept. 27, the governor of California signed Senate Bill 1162, a broad pay transparency bill that requires employers to include pay ranges in all job advertisements starting Jan. 1, 2023.

California’s San Francisco region houses Biotech Bay, one of the largest biopharma hubs in the U.S. Currently, there are 3,418 life sciences companies in Biotech Bay, including key players in the industry like Amgen and Gilead Sciences.

Salary transparency laws are also in place in other states like Montana, Colorado and Washington. Several other states are undergoing discussions surrounding mandated salary range transparency.

Clarity about salary ranges for any position encourages candidates to apply and also restricts the company from upkeep unfair and illegal wage discrepancies among employees.

Conversations about pay equity start with the job post.

A nationwide Bankrate survey found that nearly 42% of Gen Z workers and 40% of Millenials have shared their salary information with a coworker or other professional contact. This shows priorities are changing with the times, and many companies and employees alike now acknowledge the role salary transparency can play in equality.

A 2021 report from the Institute for Women's Policy Research found that women workers earn an average of 18% less than their male counterparts. This is improved in the life sciences, as women reported earning an average of 9% less than men, according to the BioSpace 2022 Life Science Salary Report.

In terms of salary according to racial diversity, the Federal Reserve estimated in the 2019 Survey of Consumer Finances that white Americans hold eight times more wealth than the typical Black family and five times the wealth of a typical Hispanic household.

Discussions about salary in the workforce are a crucial step toward closing these wage gaps among minority groups. The Center for Global Development argues that closing the wage gap will not only benefit minority workers, but also bolster business performance and strengthen the global economy.

With thousands of job postings at our fingertips, potential candidates are judicious in where they focus their time when it comes to putting in an application. Research from LinkedIn shows the inclusion of a salary range in job advertisements increases the number of applications, meaning you have a greater chance of finding your ideal candidate if a salary range is included in your posting.

Salary Discussions in the Workplace

The push for salary transparency among employees is rooted in eliminating pay discrimination and promoting pay equity.

The National Labor Relations Act of 1935 grants employees the right to discuss their salary details with other employees in the workplace. In 2014, President Obama also signed an Executive Order stating that Federal contractors cannot prohibit employees from discussing compensation.

Despite these laws, it is not uncommon for companies to create policies or understandings that it is not right for employees to discuss salary details with other workers.

Employers can restrict employees from discussing their salary while at work or in front of customers, but the opportunity to have that conversation and compare salaries with fellow employees is protected by law. Any retaliation for salary discussions among employees is unlawful.

The mindset behind these laws is that the lack of knowledge within an organization about who makes what is the biggest contributor to disparities in the workforce.

Having an easily understood compensation strategy is the best way to prepare for inevitable salary discussions among employees.

A well-written compensation policy that is readily accessible to all employees may save employers from multiple conversations with workers expressing confusion or shock about what others in the company are making.

Since it is unlawful to restrict your employees from discussing their salaries, you should plan for those discussions and ask yourself and your Human Resources team how to be as clear as possible with the way salaries are decided within the company.

Another way to encourage healthy conversations like these is by continually informing workers about the ways they might increase their own salaries. Certifications, additional training and merit increases are just a few ways employers might encourage their employees to increase their pay or commissions per year.

Research from Payscale supports the idea that employees frequently believe they are paid unfairly, even if they are paid at or above market rates. If employees do not feel fairly compensated, they are more likely to look for another job.

Similarly, pay transparency and fair salary practices are likely to boost employee performance. A boost in productivity might just be worth the pay bump that evens out all staff members with the same title.

The largest disadvantage of salary transparency is the added cost for employers. The adjustment period to close wage gaps and raise starting salaries to market rates is nothing to scoff at and could cause temporary financial damage to even large companies.

A disadvantage to employees is the unexpected internal and external pressure that may come with shared salary information. New employees may feel stressed to prove themselves worthy of the salary their counterparts are receiving, and other employees may feel judgment on a social comparison level to decipher who is the best in the group.

Corporate accountability is at the heart of salary transparency. Though it is likely to cost the company more money, companies also have more to gain from reducing wage gaps within their organizations.