How Biotechnology and the Fourth Industrial Revolution Could Save the World 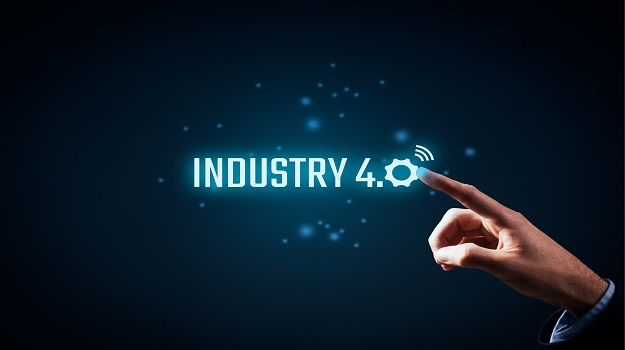 The First Industrial Revolution, we are told, was the use of water and steam to power manufacturing and production. It may be best to put quotation marks around “manufacturing.”

The Second Industrial Revolution was the use of electricity for mass production.

The Fourth, according to Klaus Schwab, founder and executive chairman of the World Economic Forum Geneva, “is building on the Third, the digital revolution that has been occurring since the middle of the last century. It is characterized by a fusion of technologies that is blurring the lines between the physical, digital, and biological spheres.”

The reason he believes we are entering the fourth, rather than just a continuation of the third, is related to velocity, scope and systems impact. It is pretty much disrupting every other industry.

Okay, but what is it? Victor de Lorenzo, head of the Molecular Environmental Microbiology Laboratory for the Spanish Council for Scientific Research (CSIC), writing for European Sting, notes, “the arrival of systems biology by the end of the 1990s, and the emergence of synthetic biology in the early 2000s, completely changed the game of designing microorganisms, and even  higher living systems, as agents for industrial-scale transformations of feedstocks of diverse origins into valuable products.”

For example, microorganisms were being engineered to create a variety of products used in industry, such as dicarboxylic acids, diols, and diamines, some were being repurposed to produce lipids for biofuel precursors, and some metabolic engineering was being used to produce gasoline and terephthalic acid.

He points out that industry so far has been reluctant to use bio-based tech and practices to take over many existing oil-based processes. “The limiting factor is the difficulty of converting laboratory-scale operations into economically viable, industrially-sized equivalents. The instability of live catalysts, the consumption of large volumes of water and difficulties in downstream processing have deterred what in many cases would otherwise be a welcome transition in the methods of production.”

But is it just a matter of time?

Some factors need to be addressed. The biological processes would have to be viewed as economically viable or commercially superior to existing processes or products. Often new processes are more expensive, but drop in cost as time goes on. There is some question as to whether if there are fundamental science that needs to be overcome or understood in order for bio-manufacturing of what are generally considered non-biological products can even occur. A third important factor is simply uniqueness—what if the technology can do things that previously were just not do-able.

However, it is one thing to consider genetically-engineering bacteria to produce some sort of compound that could replace, say, cotton or nylon. Another option that is evolving is 3D biological printing. Schwab observes, “Digital fabrication technologies, meanwhile, are interacting with the biological world on a daily basis. Engineers, designers, and architects are combining computational design, additive manufacturing, materials engineering, and synthetic biology to pioneer a symbiosis between microorganisms, our bodies, the products we consume, and even the buildings we inhabit.”

3D printing is apparently only limited by the complexity of the design. It extends to so-called “bio-printing,” which 3DPrinting.com describes, “As of the early two-thousands, 3D printing technology has been studied by biotech firms and academia for possible use in tissue engineering applications where organs and body parts are built using inkjet techniques. Layers of living cells are deposited onto a gel medium and slowly built up to form three-dimensional structures.”

In August 2017, San Diego-based Organovo awarded its 2017 ExVive 3D Tissue Application Award to scientists at Amgen and Medikine. The award is designed to stimulate new applications for Organovo’s ExVive Liver and Kidney Tissues. The company uses 3D printing to create functional human tissues. At some time, they may have the potential to be transplanted into the human body as organ or tissue transplants.

An article published in January in the journal 3D Bioprinting for Reconstructive Surgery, notes, “The original aims of producing solid 3D polymer models have been superseded, and today 3D bioprinting is used in a range of scientific and commercial fields such as in drug delivery systems, cosmetic testing, and in the printing of customized 3D scaffolds to support tissue growth. While much of the activity worldwide is research based, there is already a significant commercial element, which incorporates these new technologies into modern practice.”

Which may be just part of the reason why Microsoft founder Bill Gates, speaking at Columbia University with Warren Buffett in January 2017, said that if he were to quit school and go into a promising new field today (like he did to go into computers), he would look at artificial intelligence, the energy sector, and biotechnology.

De Lorenzo, for his part, makes a connection between biotech, the Fourth Industrial Revolution and the possibility of solving real-world global problems. “Waste from unchecked industrial, agricultural and urban development has generated large amounts of greenhouse gases, non-degradable plastics, micropollutants, major unbalances of nitrogen and phosphorus, and an unmanageable volume of lignocellulosic residues…. If a few chemical reactions (e.g. the Haber-Bosch process for nitrogen fixation) were able to change the ecology of our planet, we may also explore ways of mitigating our impact by deploying large-scale bio-based interventions aimed at restoring former environmental balances and creating new ones.”