Heightened Hope For A Cure For HIV, With Research Reaching Inflection Point 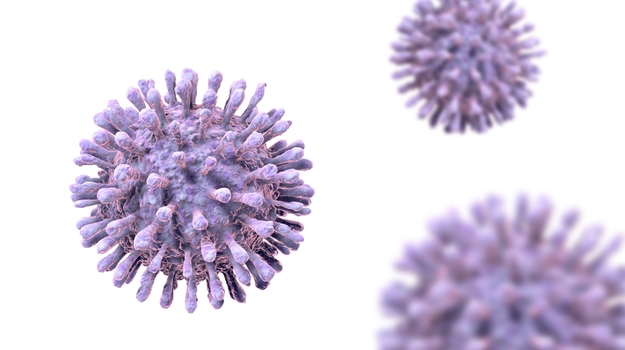 HIV research is at an inflection point, where a number of different approaches to attacking the virus are in or are approaching clinical development. Recent advances are giving researchers hope that a functional HIV cure or possibly even complete eradication of the virus is possible.

“Many scientific papers over the years claimed they found a cure for HIV, but none manifest a cure,” Heather Madsen, head of HIV Cure and Bioinformatics at ViiV Healthcare (the only company focused exclusively on HIV), told BioSpace. The London patient and, earlier, the Berlin patient, give us hope the virus can be eradicated.”

These people had very invasive oncology procedures in which the immune system was ablated before a bone marrow transplant. The transplanted cells were resistant to viral infection. After the transplant, HIV was undetectable in their systems.

“This is a very dangerous therapy, and some patients die,” Madsen cautioned, “but it gives a lot of hope to the field.”

Other researchers have reported they could reduce viral reservoirs which are the major barrier to a cure for HIV. That approach is based upon the finding that among some patients who were given antiviral drugs very early in the course of their disease.

“The viral reservoir of infected cells was very, very small. It was years before the virus came out of hiding,” she said. “That gives us the confidence we can reach a functional cure.” Madsen defined a functional cure as one in which HIV “is undetectable for two or more years in the absence of HIV treatment,” while noting that “the definition changes all the time.”

“There’s a lot of scientific debate about the best approach to a cure, but what’s widely agreed upon is that a cure for HIV will require a multi-pronged approach.

Breakthroughs in terms of longer-acting therapies are raising the bar for functional cures, Madsen acknowledged. From once-daily oral pills of modern HIV drug cocktails, the treatment field recently has advanced to interventions that can be given less frequently. ViiV Healthcare’s monthly injectable therapy, for example, recently was approved by the FDA, with an every two-month regimen currently under regulatory review.

The goal, though, is a cure for HIV, to eradicate the virus. “That’s very challenging.”

A lot of progress has been made in latency-reversing agents, for example, to wake up the virus more potently and selectively.

Nature listed latency reversal using an inhibitor of apoptosis proteins (IAP) as one of the top 10 scientific discoveries in 2020, and it’s the flagship program at Qura Therapeutics/UNC HIV Cure Center, a collaboration between ViiV and the University of North Carolina at Chapel Hill.

“So far latency reversal agents don’t offer a cure for HIV on their own. You also have to kill the HIV-infected cells,” she said.

For that, there are a number of approaches. Researchers at Washington University in St. Louis (WUSTL) this winter, for example, published results of a study focused on cellular behavior, showing it can eradicate HIV within the cells before it becomes fully active.

“It got a lot of attention in the ‘cure’ community,” Madsen said. “It fits a general theme in advances, in terms of understanding which pathways are involved in recognizing HIV, what changes are made to the cell when it’s infected, and how cellular machinery can be used to recognize those changes.

“Researchers are increasingly turning their focus from how to induce the virus out of hiding to which host pathways are involved and how to intervene to enhance host cell immunity.”

Broadly neutralizing antibodies (bNAbs) also are generating a lot of interest in the ‘cure for HIV’ field, she said. bNAbs are direct-acting antivirals that prevent the virus from entering uninfected cells. Because they are antibodies isolated originally from people, they can engage with the host immune system – distinguishing them from other antivirals – and potentially attract the host immune cells to infected cells.

When bNAbs were administered to HIV patients, in a few, the virus remained suppressed long after therapy was withdrawn. ViiV has a bNAb in development, and other companies also have bnAbs in clinical development. It represents a potentially important piece of a cure regimen.

Research published in the New England Journal of Medicine March 18, however, reported unclear results. It provided proof of concept of the potential efficacy of bNAbs, but did not prevent the overall acquisition of HIV1, the authors reported.

One of the most recent is sponsored by Worcester HIV Vaccine, a biotechnology company dedicated to the development of a vaccine to prevent HIV infections. It received FDA clearance in February to launch Phase I trials. The company hopes to eradicate the disease by breaking the transmission cycle.

Its vaccine, PDPHV, is composed of five DNA plasmids and four gp120 recombinant proteins. The DNA component is used to prime the immune system to receive a boost of HIV proteins, which stimulate the body to produce potent antibodies against HIV.

Challenges On The Road To Finding Cure For HIV

While the cure for HIV may be on the horizon, some major challenges remain. The first is the multi-pronged approach itself. “Bringing forward several interventions and testing them, with attention to tolerability will be a big challenge,” Madsen said.

As she explained, “On the therapeutic front, approaches have focused on intervening directly on the virus side. Meanwhile, the ‘cure’ field is trying to intervene on the host side including enhancing the immune system. That can be harder from a safety and tolerability perspective. There must be a balanced approach.

There are nearly 3,000 studies underway for finding a cure for HIV, according to ClinicalTrials.gov. Some, one hopes, will lead to HIV cures. For an overview of the quest for a cure to AIDS and an update on HIV research, see the BioSpace HIV Insight Report.