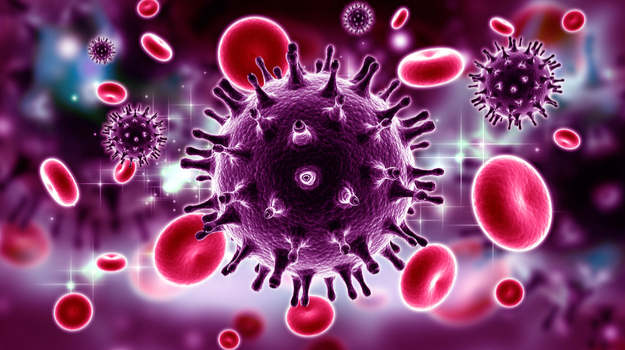 Modern retroviral therapies have done a good job of turning HIV/AIDS into a treatable chronic illness, but except in a few rare experimental cases using stem cell transplants, there is no cure. Cure, in this case, meaning that the HIV virus is completely eradicated in the patient. Retroviral therapies cause the virus to become inactive, but they still remain in the body and may potentially reactivate if treatment ends.

Researchers at the University of California, San Diego (UCSD) School of Medicine have now identified a key switch that has the potential to eliminate dormant HIV reservoirs. They published their research in the journal mBio.

“This is one of the key switches that the HIV field has been searching for three decades to find,” said Tariq Rana, professor of pediatrics and genetics at UCSF. “The most exciting part of this discovery has not been seen before. By genetically modifying a long noncoding RNA, we prevent HIV recurrence in T-cells and microglia upon cessation of antiretroviral treatment, suggesting that we have a potential therapeutic target to eradicate HIV and AIDS.”

Rana and fellow researchers utilized genome-wide expression analysis of long noncoding RNA (lncRNA) in specialized immune cells called macrophages that had been infected with HIV. Macrophages promote inflammation, stimulate the immune system and remove foreign matter. Usually, lncRNAs don’t behave the way other RNAs do, which is to say, RNAs deliver DNA codes for proteins. The lncRNAs are involved in controlling which genes are switched on or off in a cell.

The researchers focused on a single lncRNA called HIV-1 Enhanced LncRNA (HEAL) that is found in higher amounts in HIV patients. The researchers believe this is a recently emerged gene that regulates HIV replication in immune cells, including macrophages, microglia and T-cells.

They ran experiments that silenced HEAL or removed it using CRISPR-Cas9 gene editing, which resulted in HIV no longer recurring when antiretroviral treatment was halted. The researchers expect to continue to confirm the data in animal models.

“Our results suggest that HEAL plays a critical role in HIV pathogenesis,” Rana said. “Further studies are needed to explain the mechanism that leads to HEAL expression after an individual is infected by HIV, but this finding could be exploited as a therapeutic target.”

This appears to be a major finding, but there have been others recently as well. In August, researchers from the University of Texas Medical Branch at Galveston discovered that the protein BRD4 has a significant role in regulating the production of new copies of the HIV gene. The research group, led by Haitao Hu, assistant professor of microbiology and immunology, designed, synthesized and studied several small molecules to selectively program BRD4 to suppress HIV. They then picked a lead compound, ZL-580, which significantly delayed the reactivation of dormant HIV after antiretroviral therapy was halted.

Like the research published by the UCSD team, this appears to have the potential to be a drug therapy to eradicate the virus, or at least better deal with resistant strains of the disease.