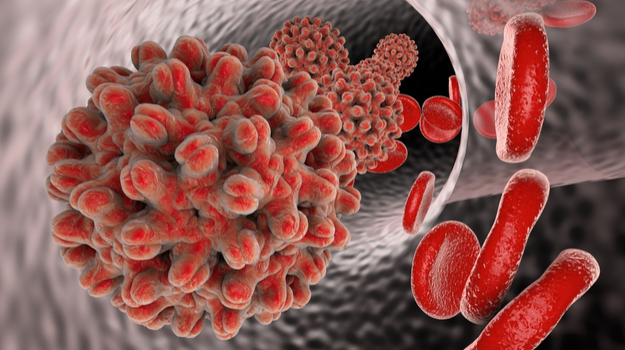 For the first time in two years, the European Association for the Study of the Liver’s (EASL) International Liver Congress makes its grand on-site comeback at ExCeL in London, drawing more than 5,000 delegates from all over the world. Adding to the thrill is all the cutting-edge research promising to transform the field of hepatology.

Here are some of the standout presentations from EASL.

In an oral parallel session at EASL, China’s Ascletis Pharma Inc. revealed that results of a Phase IIb multi-center clinical trial suggest that ASC22 (Envafolimab), the company’s subcutaneous PD-L1 antibody, has the potential to be a functional cure for chronic hepatitis B (CHB).

Over 24 weeks of treatment, 1-mg/kg doses of ASC22 administered once every two weeks, along with nucleoside/nucleotide analogs, led to the sustained loss of hepatitis B surface antigen (HBsAg) in nearly half of the active treatment group. Interestingly, flares in the levels of the liver enzyme alanine aminotransferase (ALT) were correlated with HBsAg clearance, suggesting that this enzyme could be a marker of patients’ response to ASC22.

Ascletis’ drug candidate also had an acceptable safety profile, with almost all of the recorded adverse events being Grade 1 or 2. No serious drug-related side effects were documented.

"For the past years, Ascletis has been dedicated to developing therapy for the functional cure of CHB. ASC22 is the most advanced clinical stage immunotherapy in the world for CHB functional cure,” Dr. Jinzi Wu, founder, chairman and CEO of Ascletis, said in a statement. “We are very encouraged by the promising efficacy and safety profile that ASC22 has achieved as a potential functional cure for CHB. We expect to further advance the clinical studies to benefit more patients.”

The EASL also saw promising developments beyond the field of hepatitis B. Japan’s Takeda and its U.S. partner Arrowhead Pharmaceuticals announced findings from the Phase II clinical study of their fazisiran (TAK-999/ARO-AAT) had been published in the New England Journal of Medicine, one of the world’s leading medical journals.

Fazisiran is a potential first-in-class RNA interference therapy for alpha-1 antitrypsin deficiency (AATD). The product of a research collaboration and licensing agreement, fazirsiran works by cutting the production of a mutated protein which, when it accumulates in the liver, leads to the hallmark progressive liver deterioration in AATD.

The Phase II data also revealed during an oral presentation at EASL, showed that fazirsiran could reduce the amount of accumulated mutant protein in the liver by over 80% at week 24 or 48, suggesting that the candidate’s mechanism of action is indeed promising. In turn, such strong clearance of the mutant protein led to improvements in inflammation and liver injury.

Fazirsiran also proved to be well-tolerated, with no recorded deaths, discontinuations or dose interruptions over 1.5 years of treatment. Common side effects were joint pains and elevated levels of creatinine kinase in the blood.

“These early results demonstrate the potential for an RNAi therapy like fazirsiran to reverse liver disease in patients with AATD liver disease and we are hopeful fazirsiran will one day help patients avoid the need to undergo liver transplantation,” Chinwe Ukomadu, M.D., Ph.D., head of the gastroenterology therapeutic area unit at Takeda, said in a statement. “We look forward to continuing our successful collaboration with Arrowhead and applying Takeda’s long history of innovation in gastroenterology to initiate a Phase 3 study of fazirsiran.”

Also in the hepatitis B space is clinical-stage biopharma company Antios Therapeutics, which announced that ATI-2173, its lead investigational drug candidate, helps delay a virologic rebound in adult patients, as shown by recent Phase IIa data.

Over a 90-day dosing period followed by 24 weeks without treatment, 75% of patients treated with ATI-2173 in combination with tenofovir disoproxil fumarate (TDF) saw no need to restart TDF treatment. None of the patients treated with TDF alone achieved this endpoint. Additionally, serum ALT levels were normal while ATI-2173 treatment was ongoing and no off-treatment flares were reported.

Currently, ATI-2173 is the only Active Site Polymerase Inhibitor Nucleotide (ASPIN) for HBV in clinical development

"The slower virological rebound, ALT normalization on-treatment and no off-treatment ALT flares among those on the ATI-2173 combination regimen highlight the promise of the ASPIN mechanism of action – which we believe can be complementary to all other approaches," Douglas Mayers, M.D., chief medical officer and co-founder of Antios, said in a statement.

Antios also presented early, non-clinical results for ATI-1428 and ATI-1645, two of its fourth-generation capsid assembly modulators. In vivo mouse experiments showed that both agents had strong antiviral activity and could block viral replication in the liver. Findings for ATI-2173, ATI-1428 and ATI 1645 were all revealed during oral presentations at EASL.

Joining Antios and Ascletis in the fight against HBV is California-based company Vir Biotechnology, which revealed data from its broad HBV program during one oral session and two poster presentations at EASL.

Phase II findings for the company’s VIR-2218, an investigational subcutaneous siRNA that targets HBV, showed that a six-dose regimen led to more pronounced and persistent reductions in HBsAg levels than a two-dose regimen. Regardless, both long and short durations of VIR-2218 induced large declines in HBsAg. Both regimens were safe, too, with no serious treatment-emergent adverse events reported.

VIR-2218 may also be valuable as part of a drug combo, according to animal studies that combined the siRNA candidate with VIR-3434, an investigational HBV-neutralizing monoclonal antibody. Results showed that monotherapy with each candidate could induce a reduction in HBsAg levels, but their effects were much stronger when used in combination with each other.

The company is expecting more data for both VIR-2218 and VIR-3434 to come in later this year.

“The data presented at the International Liver Congress 2022 continue to indicate that our therapeutic strategy of combining an antiviral with an immunomodulator to restore immunologic control in patients with chronic HBV is additive and offers the potential for a functional cure,” Carey Hwang, M.D., Ph.D., senior vice president of clinical research and head of chronic infection at Vir, said.