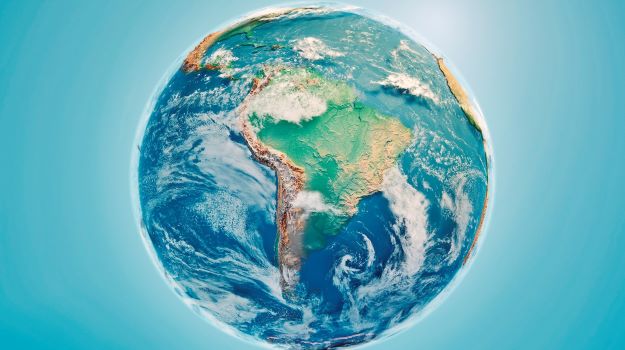 KarXT is an oral, investigational M1/M4-preferring muscarinic agonist that is designed to stimulate receptors in the central nervous system that are implicated in various psychiatric conditions. KarXT was designed to unlock the therapeutic potential of xanomeline, which demonstrated significant benefits in reducing symptoms of psychosis in Phase II studies in both schizophrenia and Alzheimer’s disease. KarXT also ameliorated side effects seen in earlier studies. In the Phase II EMERGENT-1 trial, KarXT demonstrated clinically meaningful and statistically significant improvements in the primary endpoint of Positive and Negative Syndrome Scale (PANSS) total score.

Gang Wang, director of National Clinical Research Center for Mental Disorder and Dean of Beijing Anding Hospital, Capital Medical University in Beijing, said there is significant need for new and more effective therapies with improved safety to treat serious psychiatric conditions in Greater China. It is estimated that more than eight million people in China are living with schizophrenia and fewer than half are receiving treatment. Wang said KarXT has the potential to provide a meaningful new treatment option for many patients living with schizophrenia and other conditions with disabling symptoms of psychosis.

“Our collaboration with Karuna is a significant milestone for Zai Lab, marking the expansion and diversification of our development and commercial portfolio into neuroscience, our fourth therapeutic area,” Samantha Du, founder, chairperson and chief executive officer of Zai Lab said in a statement. “KarXT is well positioned to serve as the anchor asset in our new neuroscience franchise. Zai Lab’s mission is to deliver innovative medicines to address unmet medical needs of patients, and we look forward to working with Karuna to bring KarXT to patients in need in Greater China as soon as possible.”

Under terms of the deal, Zai Lab will work with Karuna to design the optimal strategy to accelerate the development and regulatory timeline of KarXT in Greater China. Zai Lab will fund substantially all development, regulatory, and commercialization activities in China.

RedHill Biopharma – Israel-based RedHill, which also has a toehold in N.C., entered into an agreement with South Korea’s Kukbo Co. to acquired up to $10 million at a 20% premium. Kukbo's strategic investment in RedHill is to be made in two tranches, with the first tranche of $5 million already paid and the second tranche of $5 million to follow within six months. In addition, under the terms of the agreement, RedHill has agreed to grant Kukbo a right of first offer, for a period of six months, for a license with respect to one or more of RedHill's late-stage clinical assets, opaganib, RHB-107 (upamostat) and Talicia, for one or more of the territories of South Korea, Japan, Indonesia, Vietnam, Thailand and Malaysia.

Bit.bio – U.K.-based bit.bio secured $103 million in a Series B financing round. The funding will accelerate the clinical development of the company’s proprietary cell coding technology opti-ox - a gene engineering approach that, according to the company, enables unlimited batches of any human cell to be manufactured consistently at scale through direct reprogramming of stem cells. It will also support the continued growth of the company’s ioCell product portfolio. bit.bio has already launched two products for research and drug discovery, glutamatergic neurons and skeletal myocytes. Disease models and other cell types to follow, the company said. The Series B was supported by new and existing investors, including Arch Ventures, Charles River Laboratories, Foresite Capital, National Resilience, Inc. (Resilience), Metaplanet, Puhua Capital and Tencent.

GlycoEra AG – Switzerland-based GlycoEra closed a $49 million Series A financing round. Proceeds from the financing will be used to support the growth of the company and to demonstrate the breadth and value of its CustomGlycan Platform technology in developing assets that can unlock unique biological activities for therapeutic targets in several disease indications. The Series A was co-led by 5AM Ventures, Roche Venture Fund and Sofinnova Partners. LimmaTech Biologics AG, from which GlycoEra was spun-out, also participated in this round.

ABC-Labs – Based in Sweden, ABC-Labs will provide analysis of Covid-19 antibody levels on dried blood taken from self-samples using the qDBS card developed by Capitainer. The sampling method has been proven to both work well in home environments and be scalable during the pandemic, the company said. A qDBScard with clear simple to follow instructions is sent to the patient by regular post, the sample is then taken by the patient himself and the card is subsequently returned to the lab for analysis. Test results are delivered within a few days.

Birmingham Biotech – Located in the U.K., Birmingham Biotech Ltd. signed a licensing agreement to commercialize a novel anti-viral nasal spray that protects against COVID-19. The anti-viral spray is designed to work by encapsulating and deactivating the virus while it is still in the nose, preventing its wider uptake by the body. It is formulated with two compounds that are already approved by regulatory bodies in the UK, Europe and the U.S. The first is a polysaccharide gel and the second compound is a potent antiviral agent called carrageenan. The Birmingham researchers confirmed the complete inhibition of SARS-CoV-2 activity provided by carrageenan and the ability of the formulation to prevent contraction and transmission in cell culture and confirmed that the spray covers a surface area that is six times greater than when formulated without the gel.

CN Bio – U.K.-based CN Bio announced a research collaboration with the Infection Innovation Consortium (iiCON), a global collaborative infectious disease R&D program, to validate the next generation of COVID-19 research tools. By combining in vitro lung and liver cultures, the multi-organ model uniquely enables inter-organ crosstalk effects to be studied; providing deeper human-specific mechanistic insights of the COVID-19 disease state, which is known to affect numerous tissue/organs of the body.

Home Biosciences – Europe’s first venture builder fully dedicated to biotech, announced today a $15 million seed financing led by Redmile Group and Sofinnova Partners. Proceeds from the financing will be used to accelerate the development of Home Biosciences' pipeline while further strengthening its team. Specifically, the round will allow the company to advance its first venture, One Biosciences, as well as build a second one and a strong pipeline of projects. One Biosciences is focused on generating precision medicines by leveraging the power of single-cell technologies.

Diamond Therapeutics – Canada-based Diamond Therapeutics dosed the first cohort of its Phase I clinical trial, which is evaluating the safety and tolerability of low dose, non-hallucinogenic psilocybin in healthy volunteers. The Phase I trial is the first systematic, placebo-controlled, single ascending dose study of very low doses of psilocybin in humans. It is designed to assess safety and tolerability.

PixCell Medical – Israel-based PixCell opened a subsidiary in Denver. The new office will increase logistical and commercial support for PixCell’s U.S. clients and will handle order fulfillment across the country, as well as provide additional clinical and technical support to customers. PixCell’s HemoScreen is a portable diagnostic device that provides Complete Blood Count results with 20 standard parameters, as well as comprehensive abnormal cell flagging for earlier detection of infection and certain cancer types.