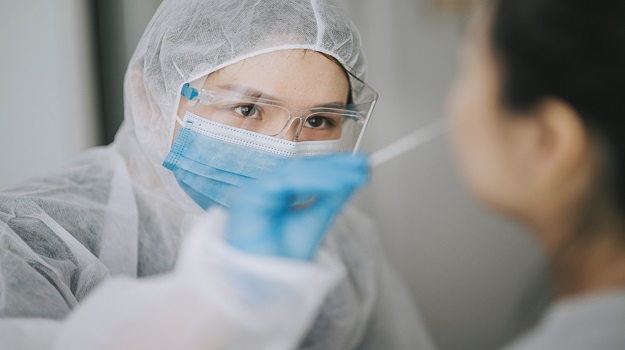 It is challenging to determine death COVID-19 counts on a global scale. Not all countries report their figures, and, as is often the case with COVID-19, there is little distinction between people who died from COVID-19 and those who died with COVID-19, but the cause of death was something else.

And this isn't new. A hundred years ago, the Spanish flu pandemic killed millions of people, but experts estimate that deaths ranged from about 17.4 million to as high as 100 million. And a hundred years later, despite having better science and infinitely better global communications, exact figures are hard to come by for COVID-19 fatalities. Here's a look at that story and more COVID-19 news.

The World Health Organization has updated the death toll, directly and indirectly, for COVID-19 in 2020 and 2021 to 14.9 million. That is dramatically higher than the previous estimate of 5.42 million. The WHO is attempting to quantify "excess mortality," which is to say, people who died directly from COVID-19, or indirectly because they couldn't get treatment or care for other health issues. The analysis also figures in deaths that were prevented due to broadside effects, such as diminished traffic and travel. According to Johns Hopkins University's COVID-19 tracker, the death figure is 6.2 million.

The WHO report also notes that reported figures vary dramatically from likely actual statistics. For example, the WHO says that millions more died than officially reported in India. The country reported 481,000 COVID-19 deaths in 2020 and 2021.

Still, William Msemburi, technical officer for WHO's department of data and analytics, attributes 4.74 million deaths directly or indirectly to the pandemic, although he admits an "uncertainty interval" ranging from 3.3 million to as high as 6.5 million. Johns Hopkins has India's death toll at 524,002.

The Indian government objects, stating it "strongly objects to use of mathematical models for projecting excess mortality estimates."

A Boston University professor estimated the death toll as high as 1.22 million. Johns Hopkins' numbers for the U.S. report 996,964 deaths.

The WHO notes that about 10 countries make up the largest percentage of deaths, with 84% concentrated in Southeast Asia, Europe and the Americas, with 68% of excess deaths (in alphabetical order): Brazil, Egypt, India, Indonesia, Mexico, Russia, South Africa, Turkey and the U.S.

"Prior to the pandemic, we estimated that 6 out of every 10 deaths were unregistered" globally, Steve MacFeely, director of WHO's data and analytics department, said. "In fact, more than 70 countries do not produce any cause of death statistics. In the 21st century, this is a shocking statistic."

Two studies built on Phase III trials were published in the New England Journal of Medicine, demonstrating promising data for two novel COVID-19 platforms. One is a plant-based particle vaccine developed by Medicago/GSK. It was evaluated in several countries, including the U.K. and U.S.

Dubbed CoVLP, the vaccine efficacy was 69.5% against any symptomatic COVID-19 caused by five variants. Against moderate-to-severe disease, efficacy was 78.8%. The other platform is ZF2001, developed by China's Anhui Zhifei Longcom and was tested in 31 sites in Uzbekistan, Indonesia, Pakistan, Ecuador and China. Vaccine efficacy against infection was 75.7% and 87.6% against severe to critical disease.

A South African study found that two doses of the Johnson & Johnson and Pfizer-BioNTech COVID-19 vaccines were approximately 71% effective against hospitalization caused by Omicron infection one to two months after the second shot. Even after five months or longer, there appeared to be little fading of immunity.

"These data provide reassurance about the continued value of the national COVID-19 vaccine program during a surge in the Omicron variant," the authors wrote.

COVID-19 May Cause Erectile Dysfunction

More studies are finding a connection between COVID-19 infection and erectile dysfunction (ED), although how widespread the problem varies. A study by the University of Miami's Desai Sethi Urology Institute found that erectile dysfunction increased by 20% after COVID-19, while other studies have suggested a much higher risk. They tended to dismiss the cases early on, thinking it was psychological or stress-induced, but eventually, they began to note a pattern.

Imaging scans and biopsies suggest SARS-CoV-2 can infect the male genital tract, where it may linger. They don't know if the effects are entirely physiological since psychological issues play a significant role in ED.

Call for More Studies for Pfizer's Paxlovid for Long Covid

There were earlier anecdotal stories of how Pfizer's oral antiviral Paxlovid might be effective at treating Long Covid. Now, three new case studies have been reported supporting the theory. Approximately 30% of COVID-19 infections appear to develop Long Covid, which can last for several months and include fatigue, rapid heart rate, shortness of breath, chronic pain, brain fog and muscle weakness. A University of California-San Francisco study, yet to be peer-reviewed, described three patients who developed Long Covid and responded well to Paxlovid. However, one of the three rebounded after he stopped taking the drug.

"Collectively, there is now ample rationale to design and implement prospective controlled studies of antiviral therapies, including Paxlovid," Dr. Steven Deeks, M.D., of UCSF and senior author of the study said.

In a related story, one of the side effects of Paxlovid is so-called "Paxlovid mouth" or what Pfizer clinical trials reported as an "altered sense of taste" or dysgeusia. It appeared in about 5.6% of patients, and a Pfizer spokesperson told The Atlantic that "most events were mild." It seems to vary, with some saying it tasted like "grapefruit juice mixed with soap." Others said it was like acid reflux or a metallic taste, with one saying "bitter, burnt grapefruit" mixed with the taste associated with Tylenol.

Yet Another Omicron Subvariant, XE

Public health officials worldwide are tracking a new strain dubbed XE, first observed in the U.K. but appears to be spreading. Some have dubbed it the "Frankenstein" variant because it looks like a combination of Omicron BA.1 and BA.2. It seems more infectious than BA.1 but doesn't result in more severe illness. The UKHSA report stated, "XE is a BA.1/BA.2 recombinant, with much of the genome including the S gene belonging to BA.2."

A recombinant variant is caused when a person is infected with two different variants, and the viruses combine their genetic material. Simon Clarke, Ph.D., an Associate Professor in Cellular Microbiology at the University of Reading, told AP, "It seems at the moment that it is not as fit and as successful as BA.2, although I think it's still fairly early days. In terms of its ability to cause disease, you can't really judge that until you've got a fair number of people infected, that's a much more difficult determination to make."