2020 Was Record-Breaking Year of Funding for Massachusetts Biopharmas 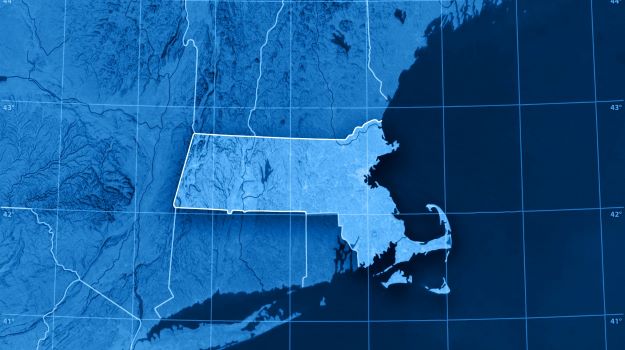 The year 2020 will be remembered for many things as it relates to the COVID-19 pandemic. For Massachusetts-based biopharma companies, 2020 was a banner year for investments that supported ongoing research and development.

The Massachusetts Biotechnology Council (MassBio) 2020 Biopharma Funding Report released this week shows that biopharma companies within the state’s ecosystem raised $5.8 billion in venture funding, almost twice the $3 billion raised in 2019. That amount of funding was also $1 billion more than the 2018 high of $4.8 billion. The report shows that 41% of all biopharma venture funding went to Massachusetts-based biopharma companies.

Atea Pharmaceuticals, which develops antiviral therapeutics, raised the most through venture investments. The company secured $215 million in a Series D financing round. The same day Atea announced its series D, the company forged a COVID-19-relatd project with Roche that landed Atea another $350 million. Following close on Atea’s heels was EQRx, which raised $200 million in a Series A. EQRx is focused on re-engineering the process of developing medicines, from discovery to delivery, with the goal of offering a market-based solution for the rising cost of medicines. The MassBio report shows 15 companies based in the Bay State raised $100 million or more in private financing rounds.

In addition to the venture capital funding, 21 Massachusetts-based biopharma companies became publicly traded companies in 2020, a 110% increase from 2019. Initial public offerings from Massachusetts-based companies totaled $3.9 billion. The 2020 Massachusetts IPOs accounted for 32% of all United States-based biopharma IPOs by volume, MassBio said in its report. The average amount raised by Massachusetts-based biopharma companies by IPO in 2020 was $181 million, with Relay Therapeutics scoring $460 million in its IPO. Two of those companies that went public, Cerevel Therapeutics and Gemini, did so through a mechanism that became increasingly popular in 2020, through a special purpose acquisition company (SPAC) merger in 2020. Cerevel, a Pfizer spinoff, raised $440 million in its SPAC merger, and Gemini Therapeutics raised $216 million through its SPAC merger. Last year, there was a 250% increase in SPAC mergers, which typically provide a quicker pathway to the stock market than a traditional initial public offering. In 2020, SPAC mergers represented about half of all mergers in the biopharma industry, MassBio added.

Kendalle Burlin O’Connell, president and chief operating officer of MassBio said the report shows the significant role Massachusetts plays within the biopharma industry. She said the state’s ecosystem demonstrated its value during the global pandemic by pivoting to face the challenge and develop effective vaccines, therapeutics and diagnostics against the novel coronavirus.

“As this report shows, the industry’s unwavering commitment to patients and public health has generated enormous confidence in biopharma’s R&D abilities, even beyond the pandemic, leading to unprecedented levels of investment across the industry. The Massachusetts biopharma industry is changing the lives of patients every day. With continued support, these companies can continue to make the impossible possible,” O’Connell said in a statement.

The not-for-profit MassBio is a champion of the life science industry in the Bay State. The organization pushes policy and healthcare education as it supports its more than 1,400 member companies and organizations.