Self-Destructing Malaria-Spreading Mosquitos? How Genetic Engineering Could Make It So 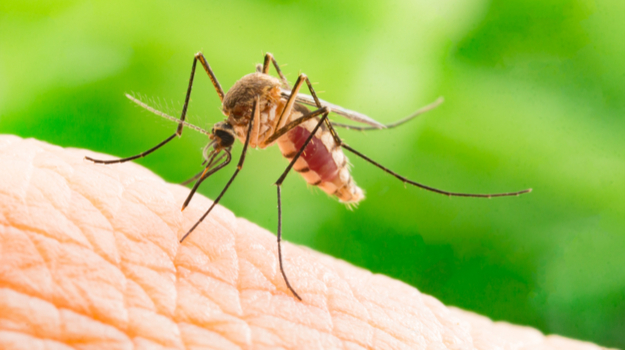 A breakthrough study has found that altering the genetic makeup of malaria-carrying mosquito species could be the key to stopping the spread of the malaria virus and finally eradicating the disease.

To test the theory, researchers from the Target Malaria project built a special laboratory that's exclusively for evaluating the behavior of these genetically modified insects. The mosquitoes were placed in an environment that's as close as possible to climate conditions in sub-Saharan Africa.

The study, which is published in Nature Communications, showed that altering the so-called "gene drive" of male mosquitoes could be effective in rapidly propagating the demise of the disease. Researchers found that the gene drive element can quickly be spread throughout insect populations to fully suppress their numbers within a year.

"One potentially powerful strategy aims to reduce the total number of mosquitoes by spreading a mutation that blocks female reproduction," the study said. "To be effective for the control of malaria in sub-Saharan Africa, such as strain must be able to compete effectively with wild populations of Anopheles gambiae and remain effective over the medium to long-term."

The specific altered DNA strain they are referring to is the Ag(QFS)1, which has shown the ability to render female mosquitoes infertile. Ag(QFS)1 is a CRISPR-based gene drive with selfish genetic elements that can be used to modify entire populations of mosquitoes for potential vector control. CRISPR arrays enable bacteria to remember viruses and their close relations so that when the latter attacks again, the bacteria can create specific measures to target the virus' DNA.

This particular CRISPR drive targeted the doublesex gene in Anopheles gambiae vectors to quell their reproductive abilities. The scientists used an overlapping generation study design that challenges the suppression capabilities of Ag(QFS)1 and provides them with a better understanding of insect behaviors in terms of mating success and general fitness.

"The analysis suggests that female fertility is the most important parameter that determines the dynamics of this gene drive... Whether this holds for future gene drive designs, and which aspect of the resulting phenotype conferred has the largest effect on the veracity of predicting its trajectory in a population, will depend on the nature of the gene drive element and its molecular target," added the study.

According to the World Health Organization, the estimated number of malaria cases worldwide is 229 million as of 2019, with deaths accounting for 400,000 of this figure. Children under 5 years old are the most vulnerable to the disease, accounting for 60 percent of the fatalities.

As of the same year, Africa carries the largest burden of malaria cases globally, logging a whopping 94 percent of cases.

The Target Malaria project is majority funded by the Bill & Melinda Gates Foundation. It will also require regulatory approval and a go-ahead from local residents (mostly in sub-Saharan Africa and some parts of Asia) before it commences officially.