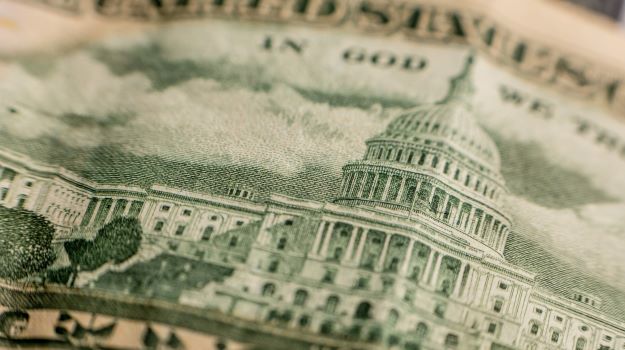 Two years after its launch, Synthekine Inc. closed an oversubscribed $107.5 million Series B financing round that will be used to advance the company’s lead preclinical drug candidates into the clinic, as well as continue the development of other assets in its preclinical pipeline.

Synthekine’s lead candidates are its selective IL-2 partial agonist, STK-012, as well as its orthogonal IL-2 and CD-19 CAR-T system, STK-009, and SYNCAR-001. At the American Association for Cancer Research earlier this year, Synthekine presented data that showed STK-012 induced potent anti-tumor activity while avoiding the toxicities that have hindered the development of IL-2 therapeutics, including vascular leak syndrome (VLS).

Prior to AACR, at the American Society of Hematology meeting in December, data presented showed STK-009 drove the expansion of SYNCAR-001 in vivo, which led to deeper and more durable responses in pre-clinical models. Synthekine expects to move both of these programs into clinical development within the next year.

Proceeds from Series B will support clinical proof-of-concept data.

In addition to supporting the advancement of Synthekine’s clinical pipeline, the financing will enable the company to advance additional programs toward clinical investigation. These include cytokine partial agonist programs for IL-10, IL-12 and IL-22. Proceeds from this financing will also support the advancement of the company’s proprietary synthekine platform to pre-clinical proof of concept.

“The proceeds of this financing put Synthekine in a position to generate clinical data with our lead programs, advance our preclinical pipeline towards clinical investigation, and mature our unique cytokine engineering platforms,” Synthekine Chief Executive Officer Debanjan Ray said in a statement.

Synthekine wasn’t the only company to announce funding rounds today. Bright Peak Therapeutics, launched by Versant Ventures last year, secured $107 million in a Series B financing round. Fredrik Wiklund, CEO of Bright Peak, said the financing would allow the company to expand its Immunocytokine platform and advance its pipeline of programs across IL-2, IL-18, and IL-7.

The company is developing next-generation cytokine immunotherapies to treat cancer and autoimmune diseases. Bright Peak’s Immunocytokines allow tissue- and cell-specific targeting of the cytokine payload with the added potential for synergistic efficacy through potency-enhancing avidity effects, the company said.

“The investment from this accomplished crossover syndicate underscores the enthusiasm for our platform and re-affirms our commitment to transform the therapeutic utility of cytokines to treat people with cancer and autoimmune diseases,” Wiklund said in a statement.

The Series B financing round was led by RA Capital, with participation by founding investor Versant Ventures and new investors Fidelity Management & Research Company, Invus, Qatar Investment Authority, and multiple funds and accounts managed by BlackRock. Alexandria Venture Investments and an undisclosed leading healthcare investment fund also supported the round.

Another company that announced a Series B round today was Senda BioSciences. The Cambridge, Mass.-company completed a $55 million Series B extension round, which brings its Series B funding total to $98 million.

In the Bay Area, Hawthorne Effect closed a $20 million Series A to support its platform for decentralizing clinical trials. The funding will be used to accelerate growth and help scale the company's operations.

The company’s tech-driven platform, composed of the Hawthorne Cloud and Hawthorne Heroes, allows Hawthorne Effect to conduct complete assessments whenever, wherever, and however the trial and patient require to deliver “trusted and timely data.” The company said its platform addresses key risk factors that include patient churn, missed assessments and lack of diversity in patient pools.

“Hawthorne Effect uniquely offers the only technology-enabled distributed professionals model that addresses these common barriers in clinical research. As a result, we help sponsors deliver complete and accurate trial assessments to benefit the entire clinical trial ecosystem. Our solution also addresses the historical disparities in representation when it comes to patient populations, and the future of public health hinges on closing this gap,” Hawthorne Effect CEO Jodi Akin said in a statement.

Northpond Ventures led the financing round with support from SignalFire and P5 Health Ventures.

Virginia-based Owl Peak Labs secured $1.5 million in seed funding to support the development of innovative diagnostic solutions to detect anomalies of the gastrointestinal tract at the earliest stage. The company said it would also continue to develop its artificial intelligence platform that supports its diagnostics program.

Taison Bell, co-CEO of Owl Peak, said the funding is an important step for the company and its goal of developing “better at-home colorectal cancer screening modalities.” Bell said only 64% of Americans undergo the recommended routine screening for this kind of cancer. Cancer is more treatable when it is caught early. Colorectal cancer kills more than 53,000 people in the United States each year.