FTC Joins Multinational Group to Crack Down on Biopharma Mergers 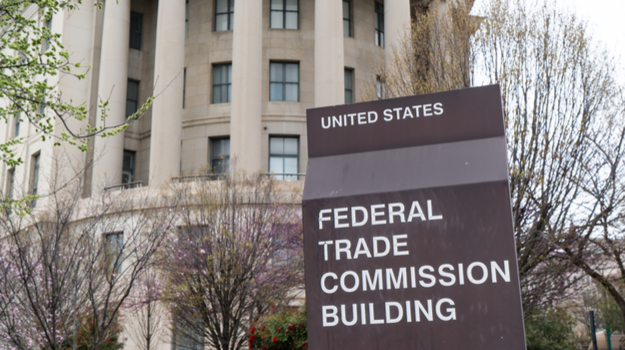 The U.S. Federal Trade Commission (FTC) formed a multinational working group to evaluate pharmaceutical mergers. The other organizations include the Canadian Competition Bureau, the European Commission Directorate General for Competition, the U.K.’s Competition and Markets Authority, the U.S. Department of Justice Antitrust Division, and Offices of State Attorneys General.

The goal is to “identify concrete and actionable steps to review and update the analysis of pharmaceutical mergers.”

The FTC indicated the working group will evaluate new mergers in the context of the pharmaceutical industry’s behavior, such as price fixing, reverse payments and other regulatory abuses.

The FTC indicated it will broach several questions, including, “How can current theories of harm be expanded and refreshed?” and “What is the full range of a pharmaceutical merger’s effects on innovation?”

They will also, as mentioned above, review price fixing, reverse payments and what the organizations will need to challenge mergers and what types of approaches will work in those cases.

The FTC is currently reviewing AstraZeneca’s $39 billion buyout of Alexion. Alexion filed with the U.S. Securities and Exchange Commission (SEC) on Monday stating it was going to withdraw and refile its notification and report form under the Hart-Scott-Rodino Antitrust Improvements Act of 1976, “in order to give the FTC additional time to review the proposed transaction.”

Slaughter told journalists yesterday that FTC staff had expressed eagerness to expand the scope of its investigations to better address issues in real-time. She also indicated the FTC was focusing on pharma M&A because of the industry’s unique characteristics.

“The goal of the initiative announced today is to identify concrete and actionable steps to update the analysis of pharma mergers,” Slaughter stated. “It’s also important for us to look at prior enforcement action and see what we got right and what we got wrong, and where is corrective action necessary.”

Rep. Katie Porter (D-CA), tweeted, “This is a great move from the Biden @FTC that will tackle the same issues I raised in a reporter earlier this year about how Big Pharma mergers hurt patients and stifle innovation. I stand ready to work with the Administration to hold drug companies accountable.”

The report came out in January, and focused on Immunex, which was acquired in 2002 by Amgen. According to a Vox story, after the acquisition, Immunex “promptly saw its culture of innovation and risk-taking start to deteriorate.” Amgen acquired Immunex to pick up a potential drug for rheumatoid arthritis, Enbrel. According to the report and several former Immunex researchers, Amgen killed most of Immunex’s research into immunotherapy for cancer, which at that time was at least a decade away from reality.

It's not really clear if those types of mergers, which are very common, are all that problematic, since it’s a very common exit strategy for biotech startups. For a while, a bigger issue were so-called tax inversions, where a large U.S. company would acquire a smaller company in a country with a lower tax rate than the U.S., then shift its headquarters to that country in order to get the lower tax rate. Supposedly the Tax Cuts and Jobs Act (TCJA) of 2017 signed by President Trump eliminated that type of merger by dramatically decreasing the corporate tax rates.

In 2016, the U.S. Treasury Department under President Barack Obama released a new set of rules to make tax inversions more difficult. This was largely in response to a proposed merger between U.S.-based Pfizer and Dublin, Ireland-based Allergan worth $160 million. After the rules were released, the companies backed out of the deal. In 2020, Chicago-based AbbVie completed its acquisition of Allergan for about $63 billion.