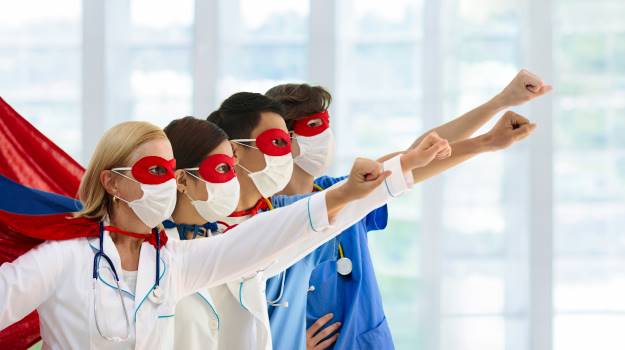 The perception of the pharmaceutical industry did an about-face when the COVID-19 pandemic hit, going from dead last in terms of trusted industries (with a positive perception among 27% of the population) to being viewed positively by 60% as vaccines and therapeutics gained emergency use authorization. Some might go as far as to consider the pharmaceutical industry as mankind’s best hope for survival. But now, as the world enters the third year of the pandemic, has that perception changed?

Since the introduction of new vaccines and therapeutics, delivered in record time during the pandemic, “The industry has been hit by a number of events ranging from controversial approvals, to supply issues, to high-profile, late-stage clinical trial disappointments,” Tom Isett, CEO at iBio, Inc. told BioSpace. “Plus, with the topic of the price of prescription drugs front-and-center in several countries the past few months, many people with deep-rooted skepticism of big pharma had old concerns re-awakened.”

Adding to that, the rise of the Delta variant last autumn, the rapid proliferation of Omicron cases since then and the currently long lines for COVID testing are whittling away some of the hard-won goodwill. Gallup noted in the final update to its COVID-19 poll for 2021, conducted Nov. 29-Dec. 5, “After improving in October, public optimism about the course of the coronavirus situation has once again dimmed.”

As Glenn Mattes, CEO of TFF Pharmaceuticals, told BioSpace, “The persistent rise of COVID-19 cases, including among the vaccinated, has understandably impacted the morale of both the biopharma industry and the broader community.”

One of the spillover challenges is a growing distrust of healthcare experts. A recently-released Rasmussen poll found that 45% of those interviewed have a favorable view of Anthony Fauci, M.D., head of the National Institute of Allergy and Infectious Disease (NIAID) at the National Institutes of Health. A slightly higher percentage – 48% – view him negatively. What’s notable is the difference in very favorable impressions – 28% – and very unfavorable ones – 34%.

Likewise, Gallup reported in early December that Americans are less likely to trust the accuracy of their physicians’ medical advice. Today, 64% believe their doctors’ advice is accurate, down from 70% in 2010, but about the same as in 2002.

Now, “We have reached a pivotal point for industry perception,” Isett said. To maintain the public’s good opinion, the pharmaceutical industry must continue to deliver. Isett called for continued improvements in vaccines in order to provide protection against mutations of the SARS-CoV-2 virus and, as he said, “put the pandemic behind us.

“It will require alternatives to vaccines that rely on the highly mutable spike protein antigen of SARS-CoV-2 so that we don’t exacerbate the risk of the emergence of a true escape variant,” he said. “Unfortunately,” Isett added, “our industry and many governments appear to be depending upon the current solutions from the existing big players.

Additionally, of all the second-generation vaccine candidates in development, it appears that only a tiny percentage are based on antigens other than the spike protein. iBio, for example, is developing a COVID-19 vaccine that generates immunity by using the virus’s nucleocapsid protein, which mutates far less frequently than the spike protein.

“Near term,” Isett said, “changing hearts and minds seemingly will depend upon our industry’s ability to end the pandemic with next-generation vaccine solutions.

“Longer term, if we apply some of our lessons learned from this time period and broadly change the paradigm of drug development so that we bring more innovations to patients more quickly, more sustainably and at a lower cost, then we have the opportunity to be better appreciated for what we do.”

The challenge is truly global, Mattes pointed out. It’s important that people throughout the world, at all economic levels, can access these vaccines as well as other life-changing therapies. “Furthering those efforts requires transparency with partners, stakeholders and the patients who stand to benefit.”

As Spiro Rombotis, CEO of Cyclacel, told BioSpace, the pandemic has catalyzed enormous changes at the bedside that are giving biotech companies more access to compete for patients in an effort to gain access to the most innovative therapies. Consequently, “Smaller hospitals are having a more equal chance to accrue clinical trial patients.”

Digital technologies are contributing to that trend, he elaborated. “Empowering patients with new information flows will accelerate the ability of smaller companies to compete in clinical trials. In the process, those patients are acquiring a better understanding of the biotech industry.”

When these positive advancements are considered along with the challenges, the outlook for the biopharma industry may remain positive, at least for a while.