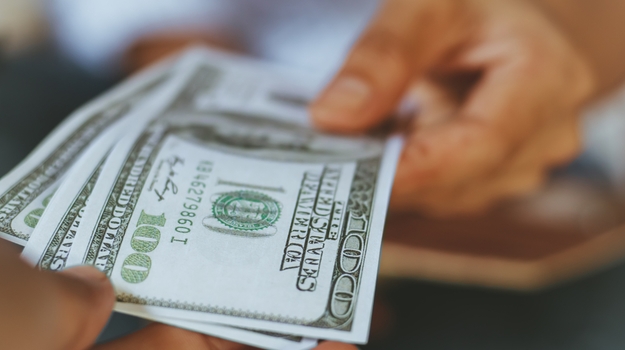 Lobbying organizations, companies—and individuals—can and do donate money to political campaigns. It’s legal and there are ethical guidelines, but it’s an accepted practice. Still, when politicians rail against the high price of drugs and are deeply involved in legislation in this area, political funding can become a questionable, tricky and perhaps hypocritical issue.

Granted, this is slightly different than the industry investing in lobbying activities—also legal and acceptable. But the amounts involved at times raise eyebrows. For example, in 2018, PhRMA, the industry lobbying group, spent more than $27.5 million on its lobbying activities. And in 2019, Novartis, a Swiss company, increased its public relations spending for the first quarter of 2019 to $3.2 million, an increase of 450% from $580,000.

Benefits Pro noted earlier this year, “Drug companies are facing an unprecedented threat to their pricing practices as the president and lawmakers from both parties have targeted the high costs of drugs. That has become one of the few areas of bipartisan agreement in an otherwise divisive political climate.”

Kaiser Health News (KHN) recently published “Pharma Cash To Congress,” a campaign contributions tracker. KHN noted that, “Members of Congress raked in almost $4 million from the pharmaceutical manufacturers and their trade groups in the first six months of 2019. Two members—Sen. Chris Coons (D-Del.) and Sen. Thom Tillis (R-NC)—each received over $100,000. Rep. Greg Walden (R-Ore.) is $5,000 shy of qualifying for the ‘million-dollar club,’ a group of current members who’ve received $1 million or more since 2007.”

Tillis has received $262,126 in donations since 2014 (when he came into office), with the largest, $22,500, coming from Genentech. Other large donors include Biogen ($20,000), Pfizer ($20,000) and Amgen ($19,500). Tillis serves on the Committee on Agriculture, Nutrition and Forestry, Committee on Armed Services, Committee on the Judiciary, Committee on Veterans’ Affairs, and the Special Committee on Aging.

It has been noted that Tillis is something of a defender of the biopharma industry. Early on, in 2015, he worked hard to compromise on a patent reform bill by carving out an exemption related to an FDA review process.

Grassley is well-known for being tough on the biopharma. As Chair of the Senate Finance Committee, he led a grilling of seven pharma executives in February, coming out swinging early on, saying, “We cannot allow anyone to hide behind the current complexities to shield the true costs of drugs. And we shouldn’t turn a blind eye to industry’s practices that distort laws and regulations designed to promote competition and generic drug entries into the marketplace.”

Interestingly, and somewhat suggestive that campaign contributions don’t necessarily mean the legislator will go easier on the industry, one of the biggest critics of the industry at the hearing was Sen. Ron Wyden (D-Ore.). Wyden has received $443,117 in campaign donations since 2007, with the single largest coming from Amgen ($52,500) followed by Abbott Laboratories ($35,000).

The public’s—and politicians’—attention to drug pricing tends to peak during presidential elections, at least in the last and current cycles, when drug prices were a hot-button issues.

Earlier this year, Benefits Pro wrote, “One sign that the drug lobby was losing its grip on Congress came in the first quarter of 2018, when PhRMA was blindsided by a change lawmakers made to Medicare that put drugmakers on the hook for more of seniors’ prescription costs. In that quarter, PhRMA and companies including AbbVie, Bayer, Celgene Corp., Novo Nordisk A/S and Sanofi set quarterly lobbying spending records. America’s Health Insurance Plans, a trade group representing insurers, spent $2.88 million on lobbying, including on Medicare for All, according to its disclosure. That figure was up more than 87% from the previous quarter and up 26% from a year earlier.”

Of course, although it can be complex, the efforts to put some controls on drug pricing is generally bipartisan. That at least partly explains why the industry donates to lawmakers on both sides of the aisle. If anything, aside from donations to congressional members in states of interest to the industry, the funding may have more to do with power and influence, which would explain McConnell’s near-million-dollar investments, because he is the Senate Majority Leader, and as such, exerts enormous influence over what legislation gets voted on or even debated.

Referring to the Senate Finance Committee hearing, Forbes noted in February that, “The 15 Republican members’ campaign committees took in over $1 million of contribution from the seven companies since 2009, while 13 Democrats took in almost $600,000 in the same time frame.”

Grassley’s spokesperson told Forbes that “political donations have no bearing on how Chairman Grassley runs the Finance Committee.”

Most politicians would likely argue the same thing. But if it were true, would companies donate millions of dollars to their campaigns?