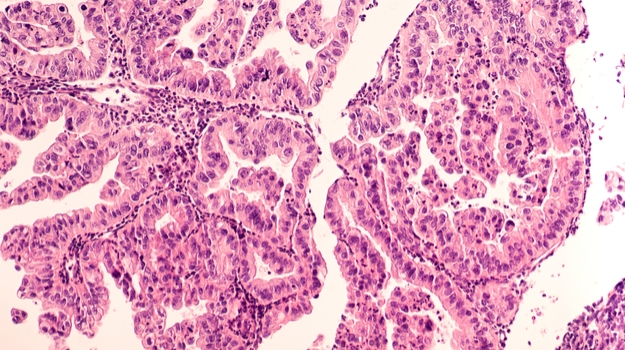 ImmunoGen requested the Type C meeting with the agency to discuss data from the Phase III FORWARD I trial and a possible path to registration for the drug. The FDA told the company that the results from the trial didn’t meet its primary endpoint under the pre-specified statistical analysis plan and the data around the secondary endpoints couldn’t be used to support an accelerated approval application.

FORWARD I is a Phase III clinical trial of 366 patients. They were randomized 2:1 to receive either mirvetuximab soravtansine or the doctor’s pick of single-agent chemotherapy (pegylated liposomal doxorubicin, topotecan, or weekly paclitaxel). Eligible patients were diagnosed with platinum-resistant ovarian cancer that expressed medium or high levels of FRα and had received treatment up to three other times.

Mirvetuximab soravtansine is a humanized FRα-binding antibody that targets the antibody-drug conjugate (ADC) specifically to FRα-expressing cancer cells with a chemotherapy agent, DM4. An ADC is an antibody for a specific cancer marker—in this case FRα—molecularly linked to a chemotherapy drug, in this case DM4.

On March 1, ImmunoGen announced that the drug didn’t meet its primary endpoint in the FORWARD I trial. In the overall study population, confirmed overall response rate (ORR) was higher for the drug than chemotherapy alone, 22% to 12%, respectively, but without a significant difference in the primary endpoint of PFS. PFS was longer in patients receiving the ADC compared to chemotherapy alone in a subgroup with high FRα.

“Even though FORWARD I did not meet its primary endpoint, I continue to be impressed with the efficacy and tolerability of mirvetuximab soravtansine in ovarian cancer patients, especially in the subset with high FRα expression,” stated Kathleen Moore, associate director of Clinical Research at the Stephenson Cancer Center at the University of Oklahoma, at the time. “I look forward to continuing to work with ImmunoGen to analyze the Phase III data and determine the most appropriate path to bringing mirvetuximab soravtansine to those patients who benefit most from it.”

The company did not specify what the next Phase III trial would focus on, although patients with a high level of FRα seems likely.

However, at its first-quarter financial report on May 3, the company indicated it was reviewing its operations to determine how to extend its cash position. Revenues for the quarter were $8.6 million. Operating expenses were $50.2 million for the same period, with a net loss of $43.8 million. As of March 31, 2019, the company had $270.4 million in cash and cash equivalents.

At the time, prior to the meeting with the FDA, Mark Enyedy, ImmunoGen’s president and chief executive officer said, “In parallel, our FORWARD II combination trial continues to enroll patients and we look forward to presenting mature data for mirvetuximab in combination with Avastin in platinum-resistant ovarian cancer patients at ASCO.”