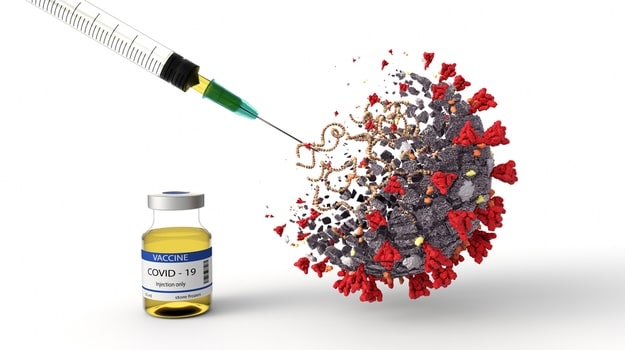 Typically, the U.S. Food and Drug Administration (FDA)’s advisory committees meet ahead of a decision on whether to approve a drug or therapy to provide expert recommendations. Yesterday’s advisory committee meeting held by the Vaccines and Related Biological Products Advisory Committee was a little bit different, as the group held a nine-hour virtual meeting to discuss the COVID-19 vaccine development programs and where to go next.

There is, as of yet, no vaccine that has been submitted to the agency for approval, although there are high hopes for several: Pfizer and BioNTech’s, which may be submitted for emergency use authorization (EUA) by Thanksgiving; Moderna, which is predicting submission sometime in December; and AstraZeneca and the University of Oxford, possibly by the end of the year, with the U.S. arm of their Phase III trial restarting after being placed on a clinical hold when a UK patient reported a serious side effect.

In the meeting, both the FDA and the U.S. Centers for Disease Control and Prevention (CDC) presented details about COVID-19 and the requirements for a vaccine. Although there was a definite emphasis on effectiveness and safety, Marion Gruber, director of CDC’s office of Vaccine Research & Review, pointed out that about 700 Americans die from COVID-19 every day, so there is pressure to come up with a vaccine.

Paul Offit, one of the committee members, who is director of the Vaccine Education Center and an attending physician at Children’s Hospital of Philadelphia, has been a noted critic of the efforts so far, particularly the Trump administration’s optimistic timelines. However, he did say, after the meeting, “I’m reassured.” The EUA process the FDA described was “much much closer” to the full licensing process than he had thought earlier.

“I think we have a language problem,” he added. “This is much, much, much closer to what is typically a BLA, licensure process, than to how at least the public or frankly I perceive an EUA process, so I think we have to make that clear, not just to the general public but to the medical public.”

One of the bigger areas of discussion and concern was the FDA’s requirement for sponsor companies to submit a median of two months of safety data.

Another committee member, Stanley Perlman, professor of microbiology and immunology, professor of pediatrics and the Mark Stinski Chair in Virology at the University of Iowa Health Care, suggested the two-month requirement should be extended, because data from other coronaviruses indicate immunity can diminish around that point.

Doran Fink, clinical deputy director of the FDA’s Center for Biologics Evaluation and Research (CBER)’s Division of Vaccines and Related Products Applications, answered that the agency was “really trying to strike a balance” between required safety data while not delaying the vaccine to save lives.

There were also discussions about the diversity in the clinical trials as well as the public’s concerns over the safety of the vaccine. Another topic was how politics has undermined the public’s trust in the regulatory agencies involved in the pandemic response.

There was nothing for the committee to vote on—typically for a drug an adcom votes on whether to recommend a drug or vaccine for approval. Even if the adcom votes against approval, the FDA is not required to follow their recommendation, although they usually do.

The committee was made up of 15 people, all distinguished physicians, scientists and other experts in the field. This particular meeting provided the experts an opportunity to give the FDA feedback in the middle of the process, as well, some think, to evaluate how their messaging is being handled by the media and received by the public.

“Note how FDA mentioned several times that an EUA vaccine could reach millions—FDA wants to be real sure it does due diligence,” said John Grabenstein, general manager of Vaccine Dynamics and editor for the Immunization Action Coalition.

One of the speakers during the session was from the Reagan-Udal Foundation for the FDA, a Congressional-established non-profit that is working on a public relations campaign to counteract public concerns about the safety of COVID-19 vaccines.

Claire Hannan, executive director of the Association of Immunization Managers, testified during a public comment period, saying, “Holding open online meetings allows the public to see for themselves how the process works is key.”