After Outcry Over Rejected ALS Therapy, FDA Explains Itself 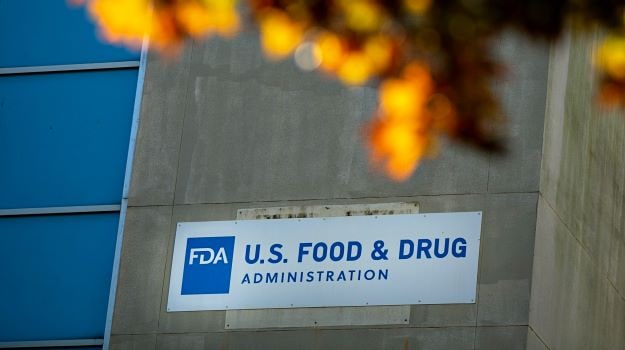 In the weeks following the U.S. Food and Drug Administration (FDA)’s rejection of BrainStorm Cell Therapeutics' Biologics License Application for amyotrophic lateral sclerosis (ALS) therapy NurOwn, there was a sharp outcry across social media from advocacy groups and community members.

Advocates from the ALS community flooded the FDA with letters, Tweets, emails, videos and other comments expressing their anger over the rejection and the frustration that there are few therapeutics for a disease that is a delayed death sentence. Last month, the FDA said Phase III NurOwn data presented by BrainStorm did not meet the threshold of substantial evidence needed to support a BLA.

In November, the company announced Phase III data that showed NurOwn did not statistically significant difference between the therapy and placebo for improving scores on a revised ALS functional rating scale (ALSFRS-R), a measure of ALS severity. However, the New York-based company did find NurOwn demonstrated a clinically meaningful treatment response compared with placebo in a pre-specified subgroup. Also, as BioSpace previously reported, NurOwn led to significant increases in neurotrophic factors as well as a reduction in both neuroinflammatory and neurodegenerative biomarkers. The company had hoped this data could be enough for the FDA, but the regulatory agency said no.

While the FDA typically does not provide the general public with detailed reasons behind its decision making, the agency opted to in this case following the social media outcry. In a post this week, the FDA said there was a lot of hope NurOwn could “provide at least a modest breakthrough in the management of ALS, if not something more substantial.” Because of the public interest, the FDA said it was important to share “high-level information about the status of the NurOwn development program.”

The agency pointed to the Phase III study and said it was clear the data does not support the proposed clinical benefit of this therapy. None of the primary or secondary endpoints were met in randomized groups of patients, the FDA said.

“For the main (primary) endpoint, 27.7% of people given the placebo were scored as responding compared to 32.6% of people given NurOwn. The 4.9% absolute difference in responders was not at all statistically significant, and the small difference between the two groups was most likely due to chance. In addition, there was a modest excess in deaths in those treated with NurOwn, the significance of which is unclear at this time,” the FDA said.

The FDA did not mention the subgroup analysis that BrainStorm pointed to in its Phase III findings.

The regulatory agency said if BrainStorm does plan additional studies to see if NurOwn can provide clinical benefit to ALS patients, then the FDA will work with the company.

Similar to CAR-T therapies, BrainStorm’s NurOwn uses a patient's own cells which have been engineered outside the body, to produce and secrete factors known to promote neuronal survival. NurOwn has the potential to be the first ALS treatment to improve patient functioning as a regenerative medicine. In 2016 NurOwn hit the primary objective, as well as multiple secondary objectives in a Phase II ALS trial. A majority of trial participants had slowing of progression of disease. However, the company noted that repeated dosings of the bespoke treatment were warranted.

ALS has proven to be a difficult disease to treat. Also known as Lou Gehrig’s disease, ALS is a progressive neurodegenerative disease that affects neurons in the brain and the spinal cord. The disease is usually fatal within two to five years of diagnosis. Patients with ALS eventually lose the ability to control muscle movement, which eventually leads to total paralysis and then death. Currently, there is no known cure for the disease, but numerous companies are focusing their resources on developing a treatment.  The U.S. Centers for Disease Control and Prevention estimates that approximately 12,000 to 15,000 Americans have ALS, with about 5,000 to 6,000 new cases diagnosed annually.