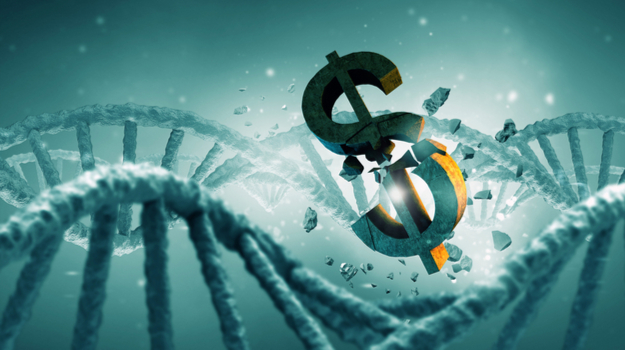 Germany’s Evotec announced it has received a five-year grant partnership with the Bill & Melinda Gates Foundation. The grant is worth $23.8 million and will be used to create standardized, high-quality preclinical data for treatment for tuberculosis (TB).

Current standard treatment for TB uses four drugs administered under direct observation for a minimum of six months. Some treatments include eight or nine drugs in combination. But, like many diseases, TB is increasingly becoming resistant to standard treatments.

Whatever Evotec comes up with, the goal is for the treatment to be safer, shorter in duration and more effective.

“We are honored to join with The Bill & Melinda Gates Foundation to fight tuberculosis, one of the world’s most deadly infectious diseases,” stated Werner Lanthaler, Evotec’s chief executive officer. “With our contributions of industrialized, high-quality infrastructure and innovative methodology, we are confident that this combined international effort is the best possible starting point to bring huge benefits to the large number of patients who suffer from TB around the globe.”

Evotec is a combination biopharma company and contract research organization (CRO). It has made a number of deals in the last couple years, including a $65 million deal with Celgene inked in May 2018, a preclinical diabetes deal with Novo Nordisk in August 2018, and an agreement to buy Sanofi’s infectious disease business for $70 million in summer of 2018.

On May 20, 2019, Evotech acquired Just Biotherapeutics for up to $90 million. Just Bio is a contract management and research organization (CMRO) focused on designing, developing and manufacturing biologics.

Just Biotherapeutics launched in 2016 with backing from the Gates Foundation, along with Merck, Lilly Asia Ventures and ARCH Venture Partners. Its management team came out of Amgen.

Evotech is a global company with more than 2,600 employees, covering all biopharma activities from target-to-clinic, and has expertise in neuronal diseases, diabetes, pain and inflammation, oncology, infectious diseases, respiratory diseases and fibrosis. It has 100 co-owned product opportunities at all stages of development and has long-term deals with Bayer, Boehringer Ingelheim, Celgene, CHDI, Novartis, Novo Nordisk, Pfizer, Sanofi, Takeda, UCB and others.

Tuberculosis is one of the many areas the Gates Foundation focuses on. The foundation notes that between 1990 and 2014, TB mortality dropped by 47% and from 1995 to 2014, and 55 million TB patients were successfully treated. Yet, the disease is the leading cause of death from infectious diseases worldwide. For example, in 2016, an estimated 10.4 million new TB diagnoses were made, and almost 1.7 million people died from the disease.

Just last week, a U.S. Food and Drug Administration (FDA) advisory committee voted in favor of not-for-profit TB Alliance’s treatment for drug-resistant tuberculosis. The panel voted 14-4 in favor of pretomanid, in combination with Johnson & Johnson’s bedaquiline and linezolid for MDR-TB and XDR-TB.

TB Alliance signed a license deal in April with Mylan NV to manufacture and sell pretomanid as part of specific treatments in high-income markets and a non-exclusive license in low-income and middle-income countries.

The agency is not bound by the panel’s recommendations. The target action date for the drug combination is in the third quarter of this year.