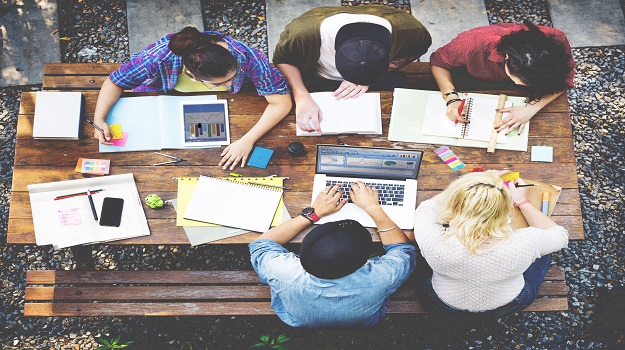 In 1968, Bunker Hill Community College in Boston, Massachusetts, partnered with Just-A-Start and local companies such as Biogen and Novartis, to create a biotechnology training program aimed at assisting low- and moderate-income adults find jobs in the life science industry. Many of the students are immigrants who also work jobs while attending classes.

Each year there are about 20 students in the program. Gina Plata, director of education and training, told Wicked Local Cambridge, “From the 18 slots we filled last year, we had student representation from at least 12 different countries, and I think that only two students were native English speakers.” The program also works to ensure that women represent 60 percent of the class.

The program isn’t designed to replace university training, but it gives an intensive overview of science classes and laboratory experience that meets current industry demands. A study in 2016 by the Center for Social Policy at UMass Boston found that almost 80 percent of the program’s graduates got a job in the field, with participants reporting an annual average salary of about $53,000.

This is just one example of increased attention colleges and universities are making on specialized biotechnology training programs. Last year, the National Science Foundation (NSF) awarded Shoreline Community College in Shoreline, Washington, a $572,070 grant to fund courses and new materials related to immuno-biotechnology.

In a statement at the time, Diana Kovarik, chair of the Biotechnology Lab Specialist program at Shoreline, said, “The Puget Sound region is well-known as a biotechnology and biomedical research hub. In recent years, local companies and research institutions have made great strides in developing and adapting the power of the immune system to fight diseases like cancer and autoimmunity. This grant will make it possible to train the technicians needed to enter and succeed in this growing field of immuno-biotechnology.”

Recently, Worcester Technical High School, in Massachusetts, invited city and UMass Medical School officials to a luncheon in thanks of an $875,000 donation made to the school’s biotechnology and life sciences programs in 2013. UMass’s donation was part of a $1.6 million investment in city services pledged by the medical school. The other $700,000 helped the public library open four new branches.

Worcester Tech was required to invest the donation in its biomedical and health programs, otherwise they were able to invest it as they wished, which was used to buy materials and equipment.  Kyle Brenner, the school’s principal, told Worcester Telegram, “Not all of it’s glitzy,” saying some of the money went to buy microscopes, tables and chairs.

It’s something of a reflection on just how important educational institutions—even high schools—are viewing biotechnology.