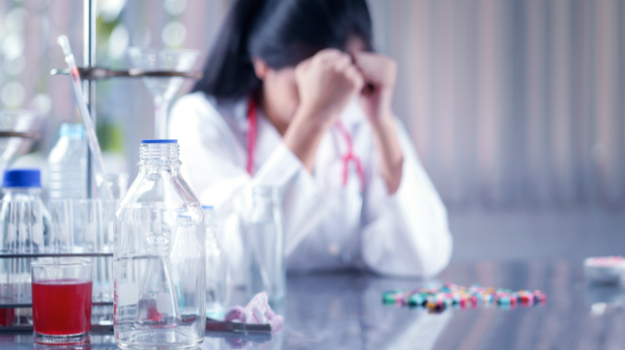 Shares of Cytokinetics, Inc. are down more than 15 percent in premarket trading after the company announced over the weekend that its experimental amyotrophic lateral sclerosis (ALS) treatment reldesemtiv failed to hit endpoints in a Phase II trial.

The South San Francisco-based company said the FORTITUDE-ALS study did not achieve statistical significance for a pre-specified dose-response relationship in its primary endpoint of change from baseline in slow vital capacity (SVC) after 12 weeks of dosing. Data from the trial were presented during the Annual Meeting in Philadelphia.

While the FORTITUDE-ALS trial did not hit its endpoints, Cytokinetics said there were some positive results seen from the trial. Patients on all dose groups of reldesemtiv, a Fast Skeletal Muscle Troponin Activator, declined less than patients on placebo for SVC and ALS Functional Rating Scale, the company said. Those differences between the treatment patients and placebo patients became larger and more clinically meaningful over time, Cytokinetics added.

All doses of reldesemtiv demonstrated numerical reductions in SVC in comparison to placebo, however, the mixed model analysis was not statistically significant. In a post-hoc analysis, when all active treatment groups were combined and compared to placebo, the trial showed a 27 percent reduction in the decline of SVC. Also, the study showed a 25 percent decrease in the decline of the ALSFRS-R across all doses studied. ALSFRS-R is the accepted regulatory registration endpoint and measures a patient’s ability to complete daily activities of living like swallowing, walking and speaking. The most pronounced effects observed at week 12 were in the Gross Motor Domain of the ALSFRS-R, which measures a patients’ ability to turn in bed, walk and climb stairs. Effects of the reldesemtiv group versus placebo were growing over time on study drug and were persistent after stopping study drug, the company added.

“Results from FORTITUDE-ALS are among the most impressive we have seen in a Phase 2 clinical trial in ALS,” said Jeremy Shefner, chairman of neurology at and the trial’s lead investigator. “Especially noteworthy are the consistency and durability of effects observed across treatment arms on clinically meaningful endpoints.”

Cytokinetics put its hope in reldesemtiv as a potential ALS treatment after the company scrapped a late-stage ALS drug in 2017 after it flunked a Phase III trial. Tirasemtiv failed in the Phase III VITALITY-ALS trial to differentiate itself from placebo in a statistically significant manner.

Even though the latest ALS trial did not hit endpoints, Cytokinetics believes the results warrant further study. Fady I. Malik, head of research and development at the company, said they are encouraged by the results of the trial as “they further validate the potential of skeletal muscle activation in treating patients battling ALS.” Malik said the FORTITUDE-ALS trial demonstrated consistency of effect for doses, endpoints and timepoints. Because of that, the company believes the results support progression of reldesemtiv in further clinical trials toward potential registration.

Cytokinetics, along with is partner Astellas, is developing reldesemtiv, as a potential treatment for people living with debilitating diseases and conditions associated with skeletal muscle weakness and/or fatigue.

ALS is a progressive neurodegenerative disease that affects neurons in the brain and the spinal cord. The disease is usually fatal within two to five years of diagnosis. Patients with ALS eventually lose the ability to control muscle movement, which eventually leads to total paralysis and then death. Currently, there is no known cure for the disease. The Centers for Disease Control and Prevention estimates that approximately 12,000 to 15,000 Americans have ALS, with about 5,000 to 6,000 diagnosed annually. Last year Mitsubishi Tanabe and its subsidiary, MT Pharma America, won regulatory approval for Radicava, the first ALS Drug approved in 22 years. Radicava is not a cure for ALS, but slows decline in the daily functioning of ALS patients.