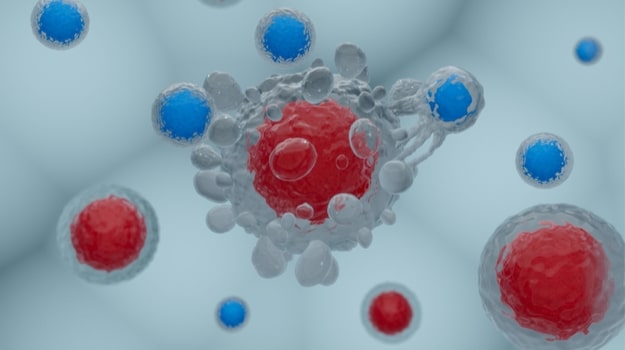 Despite promising Phase I data for its CRISPR-based allogeneic CAR-T therapy, CRISPR Therapeutics may have a safety issue to contend with. The company, whose scientific founder Emmanuelle Charpentier recently shared the Nobel prize for work on CRISPR-Cas9 gene editing, announced positive topline data from its ongoing Phase I CARBON trial. The study is evaluating the safety and efficacy of CTX110, a wholly-owned allogeneic CAR-T cell therapy targeting CD19+ B-cell cancers.

Although the efficacy data was promising, there were some severe adverse events, with one patient dying. On the Dose Levels (DL) 1-3, no dose limiting toxicities (DLTs) were observed, no cases of graft-vs-host (GvHD) despite high HLA-mismatch between the allogeneic CAR-T donors and the patients. Cytokine release syndrome (CRS) was seen in three patients, each case Grade 2 or below and resolved with treatment with tocilizumab. One patient had Grade 2 Immune Effector Cell-Associated Neurotoxicity Syndrome (ICANS) that improved within a day with standard treatment. There were two serious adverse events, periorbital cellulitis and febrile neutropenia, both of which resolved and were determined to be unrelated to disease progression or the drug.

However, one patient receiving Dose Level 4 experienced a Grade 2 cytokine release syndrome (CRS) that resolved in five days. He was evaluated with PET/CT scans at Day 25 and showed a complete response. But the next day the patient ended up in the hospital with febrile neutropenia and developed short-term memory loss and confusion. The symptoms progressed to a loss of cognition that led to intubation. He was originally treated for ICANs with steroids, anakinra and intrathecal chemotherapy, but did not improve. Later, the patient was found to have reactivation of HHV-6 and HHV-6 encephalitis and received antiviral therapy. The decision was made to withdraw supportive care and 52 days after infusion with CTX110 infusion, the patient died.

On the efficacy side, there was early evidence of dose-dependent anti-tumor activity. A complete response (CR) was hit at dose levels (DL) 2, 3 and 4. At DL3, two out of four patients had a CR and stayed in CR. The four patients with CR had deep responses that included complete resolution of extranodal disease, normalization of all nodal disease to 1.5 cm or smaller, and a Deauville score of 2 or lower. CR was made in patients with large B-cell lymphoma and with transformed follicular lymphoma, and in patients who were primary refractory and had relapsed after autologous stem cell transplant.

The high-dose patient who died was 72 years old, sicker than most in the trial, and was immune compromised.

“We are highly encouraged by today’s data, which demonstrate the promise of allogeneic therapies in treating hematological malignancies,” said Samarth Kulkarni, CRISPR Therapeutics’ chief executive officer. “Over time, we believe CRISPR-edited allogeneic CAR-T has the potential to leapfrog autologous CAR-T and benefit much broader patient populations. We continue to enroll patients and look forward to additional data read-outs for this program as well as our other allogeneic CAR-T programs, CTX120 and CTX130, next year. We are grateful to the patients and investigators who have made this important research possible.”

In autologous CAR-T, the cancer patient’s immune cells are collected, engineered in a laboratory to focus on specific cancer markers, then reinfused into the patient. Although successful, it is a time-consuming and expensive process. The hope is that with allogeneic CAR-T, a more off-the-shelf product will be available that will not require the unique engineering and turnaround times of the autologous CAR-T.

The next step will be to determine if they can replicate these clinical results in a larger group. The two autologous CAR-T products approved for market are Novartis’ Kymriah (tisagenlecleucel) and Gilead Sciences/Kite’s Yescarta (axicabtagene ciloleucel).

Joseph McGuirk, professor of Medicine and division director of Hematologic Malignancies and Cellular Therapeutics at the University of Kansas Medical Center and investigator in the Phase I CARBON trial, noted, “From this early data read-out, CTX110 has shown dose-dependent efficacy and response rates that are comparable to the early autologous CAR-T trials. Furthermore, CTX110 had an acceptable safety profile, which could make CAR-Ts more widely accessible.”