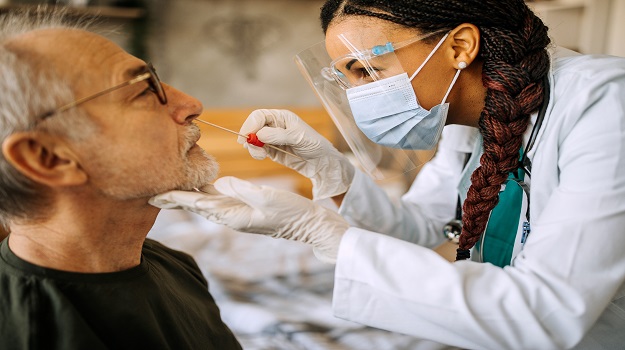 A new study shows that a second COVID booster is highly effective in preventing death in older adults. In the study, mortality due to COVID-19 was reduced by 78% in adults 60 and over. For details about that and more COVID-19 news, continue reading.

A new study by Clalit Health Services, Sapir College and Ben Gurion University shows that the second booster reduces mortality due to COVID-19 by 78% for those aged 60 and over. This study included all 563,465 members of Clalit Health Services, the largest health maintenance organization (HMO) in Israel. In the study, all participants were between the ages of 60 and 100 and were eligible for the second booster.

The median age of the participants was 73 years old, and 53% were female. Dr. Ronen Arbel, a Health Outcomes researcher at Clalit Health Services and Sapir College, summarized the study. “The main conclusion is that the second booster is lifesaving,” Arbel said.

The news of the second booster’s effectiveness comes as deaths due to COVID-19 are on the rise for seniors in the UK. From March 4 to 11, 599 deaths in England and Wales mentioned COVID-19 on the death certificate. Of those, 423 were over 80 years old, equivalent to 70.6%. Though the total number of deaths is nowhere near the highest it’s been since the pandemic began, the proportion of older adults who are dying from the virus is at its peak.

This data was compiled by the Office for National Statistics (ONS) in the U.K.. Last week, ONS found that the prevalence of COVID-19 among over-70s in England had reached a record high, with around one in 20 likely to have the virus.

The proportion of COVID-19 deaths for older adults in the U.K. has been growing steadily in the past few months. In December 2021, people over 60 accounted for about 43% of COVID-19-related deaths. In the first week of January, this jumped to 51% and included only adults over 80. By the second week of February, it had reached 65%.

The World Health Organization (WHO) has rejected Medicago’s Emergency Use Authorization (EUA) request for Covifenz, its made-in-Canada COVID-19 vaccine. In 2020, Canada’s federal government signed an agreement with Medicago agreeing to buy 20 million doses with the option to buy 56 million more following its approval by Health Canada.

WHO rejected Medicago’s vaccine one month later on March 25. As of now, WHO has not explained why it rejected the vaccine. But Medicago president Takashi Nagao said he believes it is due to the company’s ties to big tobacco, as WHO has a strict policy against engaging with companies that support tobacco. Tobacco company Philip Morris owns about one-fifth of Medicago.

The Covifenz vaccine is not an immediate need for Canada. According to data from The Public Health Agency of Canada, 89% of adults in Canada have already received two doses of an approved vaccine. However, a WHO-emergency use license is needed to donate any doses to the COVAX-vaccine sharing alliance, which is the primary entity responsible for distributing vaccines around the world to people in need.

Preclinical data for the treatment showed that EDP-235 blocks the replication of SARS-CoV-2 in multiple cellular models, making it one of the most potent COVID antivirals in development.

"Despite the broad availability of vaccines, there remains a need for highly potent, oral treatments specifically designed to target SARS-CoV-2, a virus that continues to persist and mutate globally. Receiving Fast Track designation from the FDA underscores EDP-235’s potential as a once-daily, oral therapeutic for the treatment and prevention of SARS-CoV-2 infection and as another option in the global fight against the ongoing pandemic,” said Jay R. Luly, Ph.D., president and CEO of Enanta Pharmaceuticals.