Cover Letters, A to Z 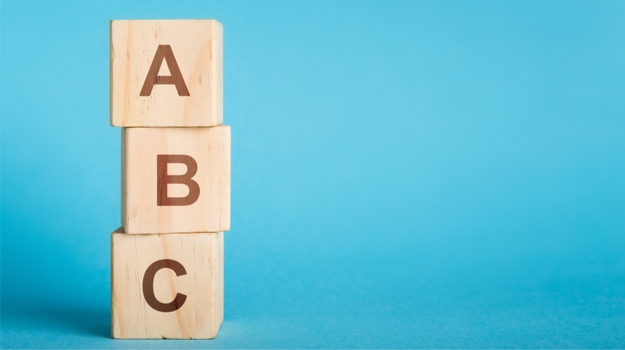 Let’s take a trip through the alphabet to pick up 26 tips to optimize your cover letters:

A. Accomplishments are among the most important aspects of both cover letters and resumes. Emphasize past accomplishments and achievements rather than job duties and responsibilities to show employers you don’t plan to do the bare minimum.

B. Bullets provide a way to add visual interest to your cover letter and organize content in an appealing way. Don’t bullet your entire cover letter, but do consider a bulleted section of 3-4 to emphasize top selling points.

C. Concise. Brevity has always been prized in cover letters, but that is more the case than ever in the days of electronically transmitted job-search materials and short attention spans. Career expert Susan Britton Whitcomb recommends a “5-Point Power Note,” as a concise format to try.

D. Distinctive: Avoid generic letters. Some aspects of your letter can be the same for every job you apply for, but customize as much as possible.  Don’t make the mistake of sending a boilerplate letter that still has a previous addressee’s name on it. While researching cover letters a few years ago, I was surprised that almost every hiring decision-maker I talked to cited a scenario in which a job-seeker had written to a specific employer and then, when writing to a different employer, had forgotten to change the name of the employer from the previous letter. Apparently, this error is rampant these days.

E. Enthusiasm. Hiring decision-makers want to know that you really want the job. Don’t be afraid to express your enthusiasm for the job or the employer, but be sure your enthusiasm doesn’t come off as insincere, phony, or overdone.

F. Focus. Your cover letter gives you the opportunity to provide the sharp focus that your resume may not achieve. Your resume lists your experience and qualifications, but it’s your cover letter that demonstrates how those relate to the job you seek and enables you to highlight the accomplishments and results that especially show employers what you can do.

G. Grammar. Be sure it’s correct. Remember that spell-checkers and grammar-checkers are most effective when you know enough about the rules to know if suggested changes are correct.

H. Hiring Manager. Whenever possible, address your letter to a named, specific recipient. It’s not easy to find the names, especially for letters in response to job postings, but try. Sometimes it’s as simple as calling the company and asking.

I. “I.” Unlike in resumes, the personal pronoun “I” is used. But try not to start every sentence, or even every paragraph, with "I." Keeping in mind that the employer’s needs comprise the focus of the cover letter will help you cut down on the “I’s.”

K. Knowledge of the company you’re applying to. Hiring managers are typically impressed when you include a snippet demonstrating your knowledge of and/or admiration for the hiring organization.

L. Learning. Particularly when you apply for jobs for which you may lack some qualifications, it’s useful to emphasize your willingness to learn. Handle this information carefully, however, because employers don’t like to be reminded of the cost of training new hires. It’s a good idea to substantiate your willingness to learn with a past example: “I’m confident I can quickly get up to speed on _____ based on my successful experience learning _____.”

M. Memorable. Consider ways to make your cover letter memorable, especially your opening paragraph. Most cover-letter openers are boring and formulaic. Strive for an opener that grabs the reader’s attention. Stories about accomplishments, strengths, and experiences are another way to make your letter memorable.

N. Needs. Always think in terms of the employer’s needs and not your own. Don’t use a cover letter to tell what you want in a job; use it to tell how you contribute to the employer’s success and how you will fit in.

O. Opportunity. A cover letter can be the key to creating a job where one doesn’t currently exist. See our article, Creating a Life Sciences Job Where One Doesn't Exist.

P. Prospecting Letter. Most cover letters are invited in that they are sent in response to an employer’s need, stated in the form of a job posting, to hire someone. Job-seekers, however, are not limited to this kind of letter.  The prospecting letter is used in an exploratory fashion to express an interest in working for a specific employer but not in response to a specific opening. You likely won’t get fast results from it but will make good connections that will pay off in the future.

Q. Quantifying. To strengthen the accomplishments you detail in your cover letters, add numbers whenever possible, such as number of direct reports, percentage increase in sales.

R. Referral Letters comprise a highly effective way to get your foot in the door. A referral letter is a networking cover letter in which the job-seeker “name-drops” the name of someone mutually known by him or her and the hiring decision-maker. The decision-maker is strongly inclined to interview the job-seeker because not doing so would snub the referring person.

S. Substantiation. Anything you claim about your qualifications in a cover letter will be far more credible with substantiation – example stories and quantification of results.

T. Transferable skills are especially important in a letter for a career-changer. Tell how your skills honed from your previous experiences transfer and apply to the job you’re applying for. These skills are also important for college students, who often must tell how their academic experience applies to a sought-after job.

U. Unique Selling Proposition (USP). Whenever possible, zero in on the one thing about you that makes you different from anyone else applying for the job. Your USP should answer the question: “Why should I hire this person?”

V. Virtual. Most cover letters today are sent electronically. There’s no consensus among employers about whether they prefer cover letters as email attachments or in the body of an email; thus, it’s a good idea to ask the company’s preference if it’s not spelled out in a job posting.

W. Why you’re writing. Your first paragraph should always explain why you’re writing, and including the name of the targeted position is important because the recipient may be hiring for multiple positions.

X. eXamples: Whenever possible, give examples that show your strengths and qualifications.

Y. You. Let YOUR personality shine through in your letter. Though you don’t want to focus on your personal life in the letter, try to express your personality in a way that makes the hiring manager want to get to know you better.

Z. Zero errors. Proofread your letter, put it down and proof it again hours later. And then get someone else – ideally a “grammar-Nazi” friend or family member – to proof it.