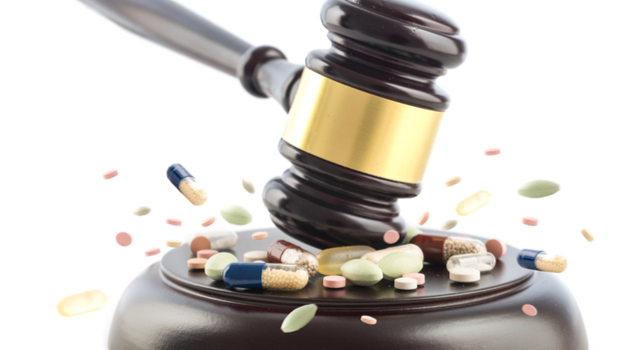 Opioid drugmakers being sued in the state of Connecticut are breathing a big sigh of relief today after a judge dismissed lawsuits filed by 37 different municipal governments.

In the Hartford Superior Court, Judge Thomas Moukawsher ruled that the lawsuits brought by the government entities against drug manufacturers such as Purdue Pharma were not allowable. Moukawsher said those lawsuits were not “government enforcement actions” such as those that are filed under consumer protection and public health laws, The Associated Press reported. The judge said that the cases, which are seeking financial reparations from the companies to offset costs the governments have spent fighting addiction, were filed as “ordinary civil cases.” Moukawsher said the lawsuits cannot continue unless proof is shown that the companies being sued “directly caused them the financial losses they seek to recoup.”

This puts the cities in the same position in claiming money as the brothers, sisters, friends, neighbors, and co-workers of addicts who say they have also indirectly suffered losses by the opioid crisis. That is to say — under long-established law — they have no claims at all,” Moukawsher wrote in his opinion, according to the AP.

As could be expected, the governments and their legal teams are planning to appeal the decisions, while the companies are agreeing with Moukawsher’s ruling. Purdue Pharma, the maker of OxyContin, the drug most often cited in abuse lawsuits, called the ruling the right decision. Purdue said that it agreed with the conclusion that “opioid manufacturers cannot be legally responsible to cities for the indirect harms they claim they experienced as a result of the opioid crisis,"

"We share these communities' concerns about the opioid crisis, and we remain committed to working collaboratively, bringing meaningful solutions forward to help address this public health challenge,” Purdue said in its statement, the AP noted.

For now, though, Moukawsher’s ruling is something of a first of its kind. In Ohio, a state that is being watched as a benchmark case for the lawsuits brought against opioid manufacturers and distributors, a judge refused to dismiss more than 1,400 cases last month, the AP noted.

Last year BioSpace highlighted a number of the lawsuits that have been filed against the opioid-makers. The arguments cited in the lawsuits typically say that the companies, such as Purdue, engaged in deceptive marketing practices that contributed to high addiction rates. Also, the lawsuits argue that the companies downplayed concerns over abuse, as well as allegations of complicity in the large amounts of opioids delivered to small-town pharmacies.

According to the U.S. Department of Health and Human Services, 116 Americans die daily from opioid overdoses.