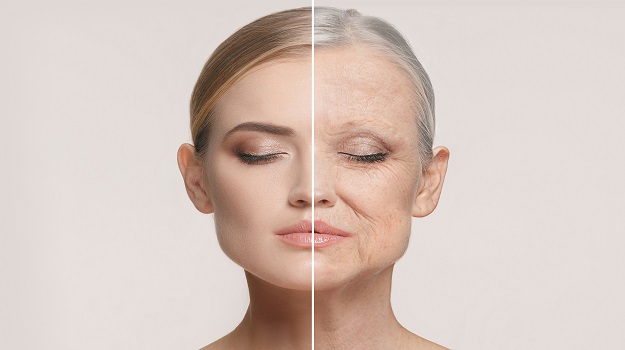 Something that most everyone does multiple times a day may not be as care-free as initially thought. Taking a selfie with a smart phone can actually be harmful to your skin.

A study conducted at the University of New Mexico and published in the Journal of the American Academy of Dermatology three years ago points to the danger of increased exposure to HEV light (High Energy Visible), which is also known as blue light due to the proliferation of selfies. The study results, which were shared Thursday on National Selfie Day, indicate that the HEV light penetrates deep into the skin and causes immense oxidative stress.” According to the study, the free radicals destroy the complex cell structures over time, including the collagen and elastin “that gives our skin its youthful and full appearance.” Instead, exposure to HEV causes premature skin aging.

The 2015 study was widely circulated on National Selfie Day by representatives of the cosmetic industry. Many of those companies are developing cosmetics that actually block or cut down on the exposure to HEV light. It’s another step in humanity’s quest for that endless summer of youth and beauty. The anti-aging movement is not only in cosmetics though. It can also be found in the world of biotech and pharma. Multiple companies are developing therapies that seek to stave off the effects of aging. The therapeutics are aimed at addressing some of the setbacks that many people face as they age in order to improve quality of life for seasoned adults.

Last week Isle of Man-based Juvenescence snagged $50 million in an oversubscribed Series A financing round as it pursues therapies designed to increase healthy human longevity. The company is playing it tightly with its compounds, but co-founder Jim Mellon suggested in an interview with the Financial Times that the company would have “about 20 shots on this goal” of longevity. While Juvenescence is keeping its information close to its chest, the company has performed well with investors. It launched with seed funds of about $13 million and anticipates another fundraising round later this year that could secure it another $40 or so million. A possible IPO next year could add another $100 million to its coffers.

Another company moving forward in the anti-aging space is Bay Area-based UNITY Biotechnology. In April the company went public in order to raise funds to takes its lead anti-aging candidate into the clinic. Unity Biotechnology is developing UBX0101, a potent senolytic small molecule inhibitor of the MDM2/p53 protein interaction, to treat musculoskeletal disease with an initial focus on osteoarthritis. Unity’s therapeutic candidates are aimed at cleansing “toxic” senescent cells, which the company believes could help reverse, or at least slow down, the effects of several ailments associated with aging.

When Unity first launched in 2016 Nathaniel David, Unity’s president and a co-founder, told BioSpace that he imagined a world where senolytic medicines meant that people could live a full life even in advanced years. He imagined that, if Unity’s therapies worked as intended, people could play vigorous games of tennis into their 90s.

But, before David’s vision can be realized, Unity’s products will have to succeed in the clinic.

Unity and Juvenescence aren’t the only companies raising funds to support the development of anti-aging therapies. In November, Boston-based resTORbio took in $40 million in an oversubscribed Series B funding round. The company said it intends to use the funds to advance the development of RTB101, a selective Target of Rapamycin Complex 1 (TORC1) inhibitor through a Phase IIb clinical trial as an immunotherapy to reduce the incidence of respiratory tract infections (RTIs) in elderly subjects. Additionally, the funds were expected to be used to expand the RTB101 program into a Phase II clinical trial in an additional aging-related indication.