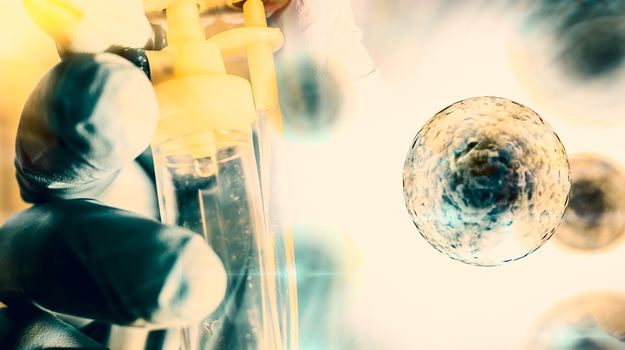 When a third line refractory patient is waiting for an autologous therapy to be developed, the stakes are literally life or death. Most cell therapy manufacturers use equipment developed for research, which introduces inefficiencies into larger-scale cellular bioprocessing. As a result, patients must wait several days – or longer – for their therapies to be prepared. In some 70% of cases, that’s time patients don’t have.

Draper, a not-for-profit research and development organization, is speeding the process with new tools designed specifically to produce cell therapies at scale. This equipment helps developers increase throughput and decrease costs, which not only makes therapies more available and more affordable, but also helps scientists push their research to its limits. Both autologous and allogeneic cell therapy products are in Draper’s sights.

“We’ve talked with more than 60 therapeutic companies to identify their pain points and have developed modules to address them,” Jenna Balestrini, head of strategy and business development for precision medicine and cell bioprocessing at Draper, told BioSpace.

“A major concern we are hearing is the pain of single manufacturing sources, along with difficulty scaling, and dependence upon particular reagents. We want to create devices where the cell therapy developer chooses everything that goes into the process.

“We’re coming up with better solutions – including hardware and automation – to revolutionize how cell therapies are made,” she continued. That means using precision engineering to make better cell therapies at scale. Specifically, Draper is reducing the handling steps, and removing magnetic bead separation, and eliminating the need for cell activation.

Physics, rather than biochemistry, plays a large role in the advancements. Balestrini said physics “gives the power of flexibility.”

“This is a 22-month program,” Balestrini said, “so we expect to have clinical systems near the end of that period.”

These advances help solve a significant challenge within the entire cell therapy industry.

“Cell therapies today are expensive and hard to make, and they have long manufacturing times,” Balestrini said. “That’s largely because manufacturers are using equipment designed in the 1980s for an entirely different purpose – general blood processing.”

Magnetic bead separation is a good example, she said.

“We often hear folks in the industry say they are losing between 40% and 60% of the product in the cell retrieval step, so they’re starting from a loss,” Balestrini said. “That can be a serious problem when they have a patient with few T-cells to start with. There are a lot of manual steps too, and labor in these processes is very expensive. Magnetic bead separation and downstream processing is often more of an art than a scalable manufacturing process.”

Art, almost by definition, is inefficient.

“Then,” she continued, “after all that processing you still need to insert a gene or series of genes, typically using either a viral vector or electroporation (which was initially a micro bacterial research tool). Each process calls for precision engineering and control of the microenvironment, which may be unachievable using systems designed for other purposes. As each step increases losses, expansion times to get the patient the dose also increase.

The problem, aside from the expense and the delay in delivering a therapy, is that scientists have to keep the cells in culture longer – typically in Petri dishes that are not giving appropriate physiological cues. These long preparation times could reduce the therapeutic potential of the cell therapy.”

As cell therapies mature, there will be a large, growing need for greater efficiency. But, because these therapies often are patient-specific, the unmet need for better manufacturing solutions is large.

The technologies Draper is customizing for Kite are platform technologies that can be deployed in multiple applications.

“We are talking with groups that are looking to leverage cell therapy for new or different indications, such as stem cell differentiation, sickle cell treatment and to treat autoimmune diseases,” she said.

Draper has a history of developing manufacturing advances that allow scientific breakthroughs to be translated to the clinic and broad commercialization. It is well-known for its work in precision microfluidics, gene delivery, integrated sensing, customization and automation.

For the cell therapy industry, Draper’s innovations are a big step towards meeting the production improvements desired by the FDA, even after some therapies have been approved. By increasing production efficiency, therapeutics could become more affordable for payers and patients, and thus more widely prescribed.