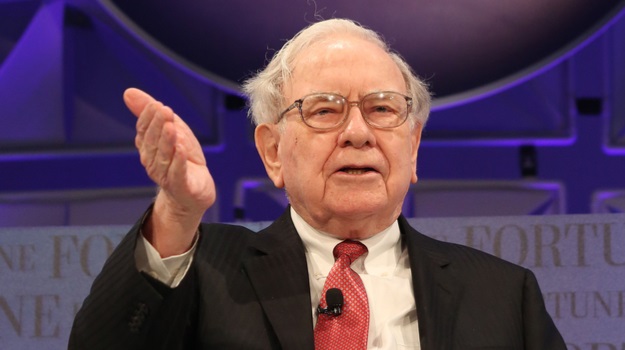 In January, Berkshire Hathaway’s Warren Buffett, Amazon’s Jeff Bezos and JP Morgan Chase’s Jamie Dimon announced they were creating a joint venture to cut healthcare costs and improve services. At the time, Buffett was quoted by CNN as saying, “The ballooning costs of health care act as a hungry tapeworm on the American economy. We share the belief that putting our collective resources behind the country’s best talent can, in time, check the rise in health costs while concurrently enhancing patient satisfaction and outcomes.”

Today, they announced that Atul Gawande will be the chief executive officer of the joint venture. Gawande practices general and endocrine surgery at Brigham and Women’s Hospital and is a professor at the Harvard T.H. Chan School of Public Health and Harvard Medical School. He is also founding executive director of Ariadne Labs, a health systems innovation center. He does not plan to leave his positions, and will continue to write books, as well as his contributions to the New Yorker. He plans to transition from chairman of Ariadne Labs from executive director.

“I’m thrilled to be named CEO of this healthcare initiative,” Gawande said in a statement. “I have devoted my public health career to building scalable solutions for better healthcare delivery that are saving lives, reducing suffering, and eliminating wasteful spending both in the U.S. and across the world. Now I have the backing of these remarkable organizations to pursue this mission with even greater impact for more than a million people, and in doing so incubate better models of care for all. This work will take time but must be done. The system is broken, and better is possible.”

The company does not yet have a name, but will be located in Boston. Earlier reporting indicated that it would focus on healthcare for the three companies’ employees, of which there are 840,000 to 1.2 million worldwide, depending on the source. Dan Mendelson, chief executive officer of Avalere Health, a healthcare consulting firm, told CNN in January, “They’re going to be using their own spending and resources as a laboratory. But I think their aspirations are bigger than their employee bases.”

It’s not at all clear what this new entity will be able to do about healthcare pricing and services that hasn’t already been attempted over the last fifty years, from tinkering with various HMO and PPO models to broad government programs such as the Affordable Care Act, which has been assaulted repeatedly by a Republican congress and the Trump administration. Still, some healthcare stakeholders are optimistic, although cautious, about this new effort.

Gary Claxton, vice president of the Kaiser Family Foundation, told CNN in January, “Nothing in healthcare changes in short order. There are many things that are wrong—prices are very high. The provider markets are very consolidated. The insurance markets are very consolidated. Information is not readily available. And a lot of the money is spent on very ill people who aren’t necessarily concerned about costs.”

Gawande will begin on July 9. Over his career, he has advocated for more healthcare integration, although how that would occur in this venture hasn’t been described and if it will be big enough and extensive enough to affect the U.S. healthcare market deserves a great deal of skepticism.

In a 2012 TED Talk, Gawande said, “There’s a famous thought experiment that touches exactly on this that said, what if you built a car from the very best car parts? Well, it would lead you to put in Porsche brakes, a Ferrari engine, a Volvo body, a BMW chassis. And you put it all together and what do you get? A very expensive pile of junk that does not go anywhere. And that is what medicine can feel like sometimes. It’s not a system.”

It’s a flawed analogy anyway, since many car companies do use the same parts. It’s often described as few ingredients, many recipes.

The three executives haven’t supplied any particular plan for the endeavor, although they have said it would be non-profit with the intention of creating “simplified, high-quality and transparent healthcare at a reasonable cost.”

Gawande has a big job ahead of him.