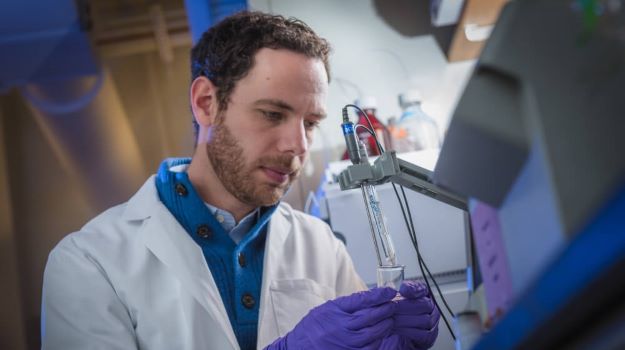 Post-surgical recurrence and metastasis account for 90 percent of cancer-related deaths, something Dr. Michael Goldberg, founder and CEO of newly debuted SURGE Therapeutics, knows all too well.

Goldberg told BioSpace he has a sense of moral indignation against cancer. He lost his childhood best friend to the disease, and since founding SURGE in 2018, he's lost three friends to post-surgical cancer recurrence.

“This is something very, very personal to me, as well as professional,” Goldberg said.

In fact, Goldberg has been doing cancer research since high school. On his 16th birthday, he picked up a book on cancer and told his parents he was going to cure the disease by his 17th birthday.

While he missed that one-year goal, “that simply means that I have unfinished business and I'm not planning on letting up until I succeed,” he said.

So, Goldberg went all in, leaving his post as a professor at Harvard Medical School to launch SURGE, which reeled in $26 million in Series A financing led by Camford Capital. Camford was joined by Khosla Ventures, Intuitive Ventures, Pitango HealthTech, 8VC, Alumni Ventures and the Cancer Research Institute. Notably, SURGE is the Institute’s first-ever venture investment, Goldberg said.

Nine million patients undergo surgical tumor resection each year globally, with 700,000 in the United States alone. Forty percent of them will have their cancer return within five years.

The approach is based on adjusting the timing and method of immunotherapy delivery.

“Changing how, when and where cancer immunotherapy is deployed should dramatically enhance patient survival outcomes,” Goldberg said.

There’s no doubt that immunotherapy has changed the outlook for some cancer patients, but just 15 percent derive durable benefit, he noted.

“In trying to understand why response rates to cancer immunotherapy remain so unsatisfyingly low, it dawned upon me that it wasn't simply a matter of identifying the optimal targets for great molecules to drug the target,” Goldberg said. “We're delivering our therapies in the wrong manner and to the wrong patient.

“Most cancer medicine is administered throughout the body to patients with bulky tumors. This means that approximately 95% of the medicine fails to get to the tumor, instead causing side effects in healthy tissues that ultimately limit the dose that can be given,” he explained.

Surgery, the standard of care for solid tumors, can cause recurrence and metastasis of the cancer, Goldberg said.

“You want to skip to the front of the translational queue when the immune system is basically as healthy as it's ever going to be post-diagnosis,” he said.

Currently, cancer surgery is only a physical intervention. Physicians typically do not administer any kind of immunotherapy during surgical tumor resection. Goldberg called this a “hugely missed opportunity.”

The hydrogel is modular and can be loaded with biologics, small molecules or hydrophobic drugs. It can be injected into the empty space where the tumor once resided, regardless of the shape and size or location in the body. “So we can therapeutically address many different targets of interest,” Goldberg said.

Goldberg, along with post-doc student Dr. Chun Gwon Park, conducted multiple experiments in mice with aggressive, metastasizing cancer. They delivered a single dose of a single drug in an extended, localized manner at the site of tumor resection.

“This had never before been seen in this mouse model, which had typically required repeated administration of quadruplet combination immunotherapy,” Goldberg said. “These were the most compelling data that I've ever seen.”

Their research was published in Science Translational Medicine and formed the basis for SURGE.

The new company has drawn the interest and commitment of biotech luminaries like Moderna co-founder Robert Langer, who serves as chair of SURGE’s scientific advisory board, and Francis Cuss, M.D., former CSO at Bristol Myers Squibb. Elizabeth Jaffee, M.D., past president of the American Association for Cancer Research also sits on the board.

SURGE will deploy the Series A funds to the further development of SURGERx, expand the team and “generate value in collecting clinical data.” The company will submit its first Investigational New Drug application “shortly,” Goldberg shared, with a subsequent program to follow in the “hopefully not too distant future.”

In April, the FDA’s Oncology Center of Excellence announced “Project FrontRunner,” which is aimed at advancing new therapies in the advanced/metastatic setting where treatment is not expected to be curative.

“There's plenty of clinical data to support the notion that patients respond better if they have lower tumor burden and healthier immune systems,” Goldberg said.