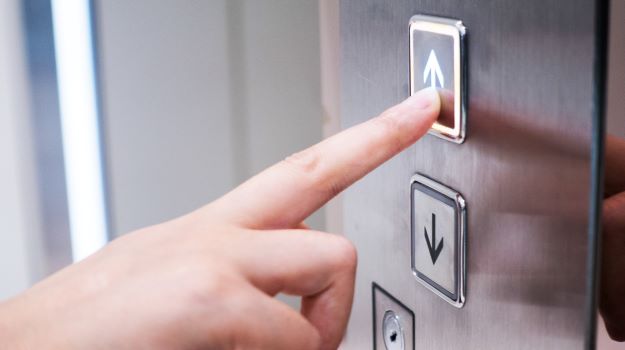 Biopharma and life sciences companies strengthen their leadership teams and board with these Movers & Shakers.

n-Lorem Foundation – Frank Sasinowski was named to the board of directors of the nonprofit n-Lorem. Currently, he serves a Director of Hyman, Phelps & McNamara, P.C., and an Adjunct Professor of Neurology at the University of Rochester School of Medicine. Sasinowski joins n-Lorem with more than 20 years of board experience at institutions, including the Alliance for Regenerative Medicine (ARM) Foundation for Cell and Gene Medicine, National Organization for Rare Disorders (NORD), EveryLife Foundation for Rare Diseases, the IndoUSrare patient organization, the United States Pharmacopiea (USP) and various notable biotechnology companies.

BioNTech – Jens Hosltein was appointed to BioNTech’s Management Board as chief financial officer. Holstein will assume the role on July 1. He previously served as CFO for MorphoSys AG and in various CFO and general management roles within the Fresenius SE Group. Holstein takes over the CFO role from Sierk Poetting who will fully focus on his tasks as chief operating officer. Holstein will be responsible for Finance, Tax, Treasury, Human Resources and Purchasing.

In addition, he will play a leadership role in the development and execution of the company’s regional expansion plans. Prior to joining BioNTech, Holstein was CFO of dual-listed MorphoSys AG where he was instrumental in building a fully integrated biopharmaceutical company. Before MorphoSys, he served in multiple CFO positions as well as general management roles within the Fresenius SE Group.

ONI – San Diego-based ONI named Tyler Ralston as chief technology officer. Ralston will provide leadership, strategic vision and oversee the research and development for advancing ONI's technology. Ralston joins ONI from the 4Catalyzer incubator, where he most recently served as CTO for Tesseract.  Over his tenure at 4Catalyzer, Ralston was the co-founder and helped lead the development for many technologies, including the Butterfly Network Ultrasound-on-Chip technology, the Hyperfine Research portable MRI system and Tesseract iC ophthalmic imaging system.

Elevation Oncology – R. Michael Carruthers was appointed to the Elevation Board of Directors. He will serve as chair of the Audit Committee. Carruthers has served as CFO for publicly-traded biopharmaceutical, including 16 years as CFO at Array BioPharma. Carruthers currently serves as the CFO of Edgewise Therapeutics. Previously, he served as Interim President and CFO of Nivalis Therapeutics.

Prior to SVB Leerink, Melnikova was a Managing Director at Burrill & Company and, prior to that, Director of Strategy and External Innovation at Sanofi where she led efforts to identify and initiate partnership opportunities with companies in the northeastern United States. Melnikova has also held leadership positions at TVM Capital, IDC Life Sciences Insights, and Transform Pharmaceuticals.

Aerovate Therapeutics –Timothy Noyes was named chief executive officer of Boston-based Aerovate. Noyes previously was president and CEO of Proteon Therapeutics. Before that, Noyes was COO of Trine Pharmaceuticals and held the position of president of Genzyme’s Renal Division following Genzyme’s acquisition of GelTex Pharmaceuticals. Noyes began his career at Merck & Co., serving in commercial roles in the company’s cardiovascular, gastrointestinal, and managed care divisions.

Aravive – John A. Hohneker, Sigurd C. Kirk and Peter T.C. Ho were appointed to the board of directors of Houston-based Aravive, Inc. Hohneker currently serves on the board of directors of Evelo Biosciences, and privately-held Trishula Therapeutics, Inc. He held senior management positions at multiple companies, including at Novartis and GlaxoSmithKline. In his most recent position, Kirk was executive vice president of Corporate Business Development at Allergan.

Previously, Kirk was at Barr Pharmaceuticals, Inc., most recently serving as Global Controller and Chief Accounting Officer. Ho currently serves as Senior Scientific and Medical Advisor to Overland Pharmaceuticals, D3 Bio, and M4K Pharma, and is a Scientific Advisory Board member of Accent Therapeutics. Ho is currently an Adjunct Associate Professor in the Division of Chemical Biology and Medicinal Chemistry at the Eshelman School of Pharmacy, University of North Carolina.

Fore Biotherapeutics – Stacie Peacock Shepherd was named chief medical officer and Nora Brennan was named CFO of Philadelphia-based Fore Biotherapeutics. Additionally, experienced biopharma executive Meenu Chhabra will join the company’s Board of Directors and serve as Audit Chair. Shepherd served as Senior Vice President of Clinical Development at QED Therapeutics before joining Fore. Prior to QED Therapeutics, she served as vice president of Oncology at Corcept Therapeutics, and at AbbVie, where she served as Senior Medical Director. Brennan previously served as CFO of TELA Bio, Inc. Prior to TELA, she was CFO of Xeris Pharmaceuticals, Inc. Previously, Brennan spent 11 years as the Senior Vice President, Treasurer and Investor Relations at Integra LifeSciences Holdings Corporation.

LogicBio Therapeutics – Daniel Gruskin was named CMO of LogicBio. Gruskin most recently served as senior vice president and head of clinical development. Previously, he held roles of increasing responsibility at Sanofi Genzyme, most recently as vice president, head of global medical affairs, rare disease, in which he oversaw medical affairs, life cycle management, scientific affairs and other medical and development activities related to metabolic, rare and genetic diseases. Prior to Sanofi Genzyme, Gruskin was assistant professor, human genetics and pediatrics at Emory University School of Medicine and chief of the genetics section at Children's Healthcare of Atlanta.

The company also announced the appointment of Stephen Boyer as vice president of regulatory and quality affairs, and Peter Pechan as vice president of gene therapy. Boyer previously served as head of early global regulatory strategy at Biogen and before that, he was a global regulatory team leader Bristol Myers Squibb. Boyer also was a medicinal chemist at Boehringer-Ingelheim and Bayer. Pechan most recently served as director, head of vector production and process development/R&D at Voyager Therapeutics and director, head of gene transfer technologies in the gene therapy department at Biogen. Prior to Biogen, he spent 15 years at Genzyme.

Cybrexa Therapeutics – Stephen Basso was named CFO of Connecticut-based Cybrexa. Prior to joining Cybrexa, he served as Senior Vice President of Finance at Inozyme Pharma. Before that, he was Vice President, North America Commercial Finance, Global G&A at Alexion Pharmaceuticals. Earlier, he was Director, Financial Planning and Analysis at Pfizer.

Omega Therapeutics – Elliott M. Levy was appointed to the board of directors at Omega Therapeutics. Levy was Senior Vice President, Global Development at Amgen. Earlier in his career, Levy was Senior Vice President and Head of Specialty Development at Bristol-Myers Squibb. Levy’s career in drug research began during his time as a member of the Renal Division at Brigham and Women’s Hospital, where he was an investigator in federally sponsored outcomes research and industry sponsored clinical trials. Previously, Levy served as Board Chair of TransCelerate BioPharma, Inc.

Celularity – Bradley Glover was named CTO of New Jersey-based Celularity. Glover will be responsible for leading all aspects of Celularity’s technical operations, including process development, quality, manufacturing, supply chain, IT, facilities and engineering, and strategy and business operations for commercial products and clinical pipeline programs. Glover joins Celularity from Kite Pharma, where he held several executive roles in Corporate Development and Technical Operations.  Prior to this position, he held multiple senior roles of increasing responsibility at Genentech and Roche. Earlier in his career, Glover held a number of additional senior roles at a variety of companies, including Biosite, Amgen Ventures and Illumina.

NeuBase Therapeutics – Sandra Rojas-Caro was named CMO of NeuBase. Most recently, she was CMO for Gemini Therapeutics. Prior to Gemini, Rojas-Caro served as CMO for Aeglea BioTherapeutics and served as Group Vice President of Clinical Research and Development at Synageva BioPharma.