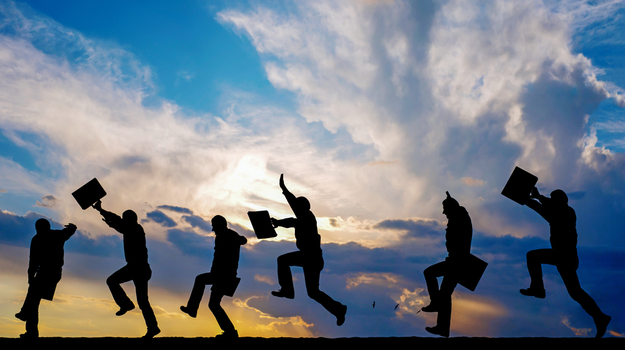 Saluda Medical – Australia-based Saluda Medical Pty Limited named Jim Schuermann as president and Robert Gaffney as chief operating officer. Schuermann and Gaffney will report to Chief Executive Officer John Parker. As President, Schuermann will be responsible for the global commercial and clinical strategy and execution of corporate objectives. As COO, Gaffney will be responsible for Saluda Medical's manufacturing, operations, and product development. Prior to joining Saluda, Schuermann was CBO at Avedro, which was acquired by Glaukos in 2019. Before Avedro, he was head of Sales and Marketing at HeartWare. Gaffney's previous experience includes key management positions in several start-ups as well as established companies, including president and CEO of SacraMed, head of Operations at InCube Labs, COO at Spinal Modulation and vice president of Operations at Satiety.

Lyndra Therapeutics – Örn Almarsson was named CTO of Lyndra Therapeutics. As CTO, Almarsson will oversee discovery and product development as Lyndra progresses multiple new therapies leveraging its platform. Almarsson, who most recently led the delivery science team at Moderna Therapeutics, which developed its COVID-19 vaccine delivery system, has extensive experience in pharmaceutical R&D, product design and evaluation, with a focus on the translation of new drug delivery concepts into clinical trials. Prior to Moderna, he was Vice President, Pharmaceutical R&D at Alkermes.

Confo Therapeutics – Rob Scott was named to the board of directors of Belgium-based Confo. Scott’s career spans 30 years of drug discovery and development leadership in the global pharmaceutical and biotechnology industries, including his last position as CMO and Head of Development at AbbVie. Before AbbVie, he was Global Development TA Head and Head of Development Design Center at Amgen. He is a board member of Transclerate and a member of the PhRMA R&D Leadership Forum.

MDLIVE – Cynthia Zelis was named CMO of MDLIVE Inc. Prior to joining MDLIVE, Zelis served in several leadership roles at University Hospitals. Most recently, she was vice president of ambulatory operations and telehealth.

X4 Pharmaceuticals – Renato Skerlj was named chief scientific officer of Cambridge, Mass.-based X4 Pharmaceuticals. Skerlj is one of the scientific founders of X4 and co-inventor of X4’s lead drug candidate, mavorixafor. He joined the company in September 2019 as head of Research and Development. As CSO, Skerlj will lead all research and development functions and pre-clinical development activities. Prior to joining X4, Skerlj held drug discovery and development leadership roles at Lysosomal Therapeutics. Previous to that, he was interim Head of Small Molecule Discovery at Genzyme and part of the executive team at AnorMED, a company that was acquired by Genzyme in 2006.