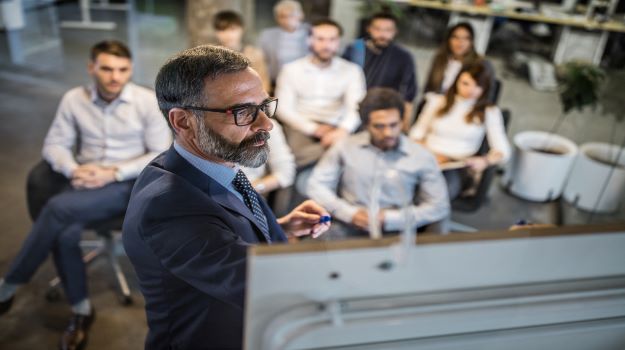 Entering the second half of 2022, biopharma and life sciences companies from across the globe strengthen their leadership teams with new additions to the c-suite, including legal counsel, presidents, chief medical officers and more. Check out these BioSpace Movers & Shakers.

Evommune, Inc. – Gregory S. Moss was named chief corporate strategy and legal officer of the California-based company. Moss most recently served as executive vice president, general counsel & corporate secretary, and chief compliance officer at Kadmon Holdings, Inc., which is now a Sanofi Company. Prior to joining Kadmon in 2012, Moss served as a solicitor in the corporate risk department of a large Australian law firm.

Maravai Life Sciences – Peter Leddy joined San Diego-based Maravai as executive vice president and chief administrative officer, a newly-created role. Prior to joining the company full-time, Leddy served as a consultant to Maravai. Before that, he was chief human resources officer at Berkeley Lights and held the same role at Life Technologies and Invitrogen. He held similar positions outside of the life sciences at Dell and PepsiCo.

Bright Minds Biosciences – Vancouver-based Bright Minds announced that Alan Kozikowski will no longer serve in the role of chief scientific officer. The company did not specify the reason for Kozikowski’s departure. A search for a new CSO is underway. Jan Torleif Pedersen, a member of the board of directors and former executive at Lundbeck, will serve as the interim CSO until the position is filled.

TCR² Therapeutics – Industry and finance veteran Eric Sullivan was named CFO. Prior to TCR², Sullivan served as president, CFO and chief operating officer of Triplet Therapeutics. Before that, he led finance as SVP at Gemini Therapeutics and Oncorus. Earlier in his career, Sullivan held senior financial management positions at bluebird bio and Merrimack Pharmaceuticals.

Dunad Therapeutics – Pearl Huang was named chief executive officer of England’s Dunad Therapeutics. Prior to Dunad, she was president and CEO of Cygnal Therapeutics, founded by Flagship Pioneering, where she was also a venture partner. Earlier, she held leadership roles at Roche as SVP of therapeutic modalities. At GlaxoSmithKline, she was vice president, and global head of discovery partnerships with academic. At Merck, Huang was vice president, oncology franchise integrator. She was also a founder and acting CSO of Beigene. Huang serves on the board of directors for KSQ Therapeutics, Waters Corporation and BB Biotech.

NeuBase Therapeutics – William Mann was appointed president and will continue to serve as COO. Prior to joining NeuBase, Mann served as the president, CEO, and board member of Helsinn Therapeutics U.S. Before that, he was vice president of corporate development at Sapphire Therapeutics. Mann began his professional career at Novartis, where he led a multidisciplinary drug discovery program and later served as director of business development.

Amolyt Pharma – France-based Amolyt named Mark Sumeray as CMO. Sumeray joins Amolyt from Amryt Pharmaceuticals, where he has served as CMO since September 2016. Prior to Amryt, Sumeray served as chief medical officer at Aegerion Pharmaceuticals. Earlier in his career, he led the U.S. cardiovascular and metabolic medical affairs team at Bristol-Myers Squibb.

MediWound Ltd. – Israel’s MediWound named Tzvi Palash as COO. He joins MediWound from Enlivex, where he leads the design and construction of the new cGMP manufacturing facility. Before that, he served as COO at Gamida Cell and was a general manager at ColBar LifeScience. Earlier in his career, Palash held operational roles at Teva Pharmaceutical Industries and Interpham Laboratories.

NGM Biopharmaceuticals – Siobhan Nolan Mangini, the company’s CFO, has also been named president of the company. Prior to joining NGM Bio, Nolan Mangini served as president and CFO of Castlight Health, a San Francisco-based healthcare technology company. Before that, she worked as a management consultant at Bain & Company, specializing in health care and private equity practices.