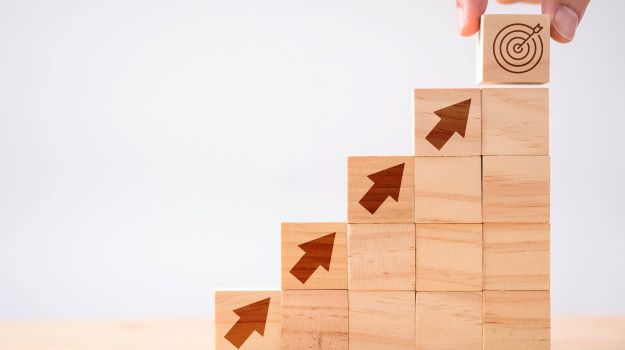 Kite Pharma – Frank Neumann was named Global Head of Clinical Development at Kite Pharma, a subsidiary of Gilead Sciences. He replaces Ken Takeshita, who has decided to leave the company to pursue another opportunity at the end of February. Neumann, who joins Kite from Verastem, Inc. Prior to Verastem, he served as Head of Oncology Clinical Research at bluebird bio. He also held various leadership roles of increasing prominence at Takeda Pharmaceuticals, including global clinical lead or medical team lead roles for two distinct cancer therapies. Neumann has also been a member of the oncology medical teams at AstraZeneca and Sanofi-Aventis.

Werewolf Therapeutics – Tim Trost was named chief financial officer of Werewolf. Trost joins Werewolf from Asklepios BioPharmaceutical, Inc. (AskBio), where he served as CFO until the company’s acquisition by Bayer AG in October 2020. Prior to AskBio, Trost was CFO of Chimerix, Inc. Before that, he was CFO at Argos Therapeutics, Inc. and CFO at InteCardia, Inc. He also previously held leadership roles with Coastal Physician Group, Inc.

IN8bio – Patrick McCall was named CFO of IN8bio, Inc. Most recently, he was vice president of Finance at Turnstone Biologics. Prior to that, Mr. McCall was the Senior Director of Finance and Corporate Controller for Catalyst Biosciences, a publicly-traded biotechnology company. McCall held previous positions of increasing responsibility at Apple, Chubb and began his career as an auditor at the accounting firm Deloitte.

Metrion Biosciences – John Montana was appointed as a non-executive director of the board of directors at Metrion. Montana is currently Operating Partner at Forbion, the life science venture capital firm. His previous roles have included Corporate Vice President, Integrated Drug Discovery, at Charles River Labs, as well as multiple C-suite positions such as CSO at Argenta, CEO of Amedis, Head of Chemistry at Chiroscience, and various roles at GlaxoSmithKline.

Relief Therapeutics – Thomaz Burckhardt resigned from the board of directors to focus on other professional duties. The company will conduct a search for his replacement.

Gemini Therapeutics – Brian Piekos was named CFO of Gemini Therapeutics. Piekos joins Gemini from AMAG Pharmaceuticals, where he was most recently CFO and Treasurer. Prior to joining AMAG, he held leadership roles in Corporate Finance, Tax and Treasury at Cubist Pharmaceuticals. Piekos began his career as a healthcare investment banker at Needham & Company and Leerink Partners, now SVB Leerink.

Calyx – U.K.-based Calyx added Richard Wallace to its executive team. Wallace will serve as Chief Digital and Information Officer (CDIO). He will be responsible for delivering and leading a robust, scalable, and high-performing product technology organization at Calyx. Wallace joins Calyx from Kantar Media & Worldpanel, where he served as Chief Information Officer, and has held similar roles at IAG / British Airways, G4S, and Santander.

FARE – Virginia-based FARE named Susan B. Ralston as Chief Revenue Officer. Ralston will replace Sherry Fazio, who announced she is returning to consulting. Ralston has worked with FARE in the past. Among other things, she helped design and build the Board of Governors and Board of National Ambassadors to better position FARE to rapidly respond in the evolving landscape of food allergy and support the organization's growth. Her career has included service as Special Assistant to President George W. Bush and was actively involved in the creation of the President’s Advisory Commission on Asian Americans and Pacific Islanders.

Cerevance – Naidong Ye was named vice president and head of chemistry, manufacturing and controls (CMC) at Boston-based Cerevance. Prior to joining Cerevance, Ye served as vice president of CMC for Millendo Therapeutics. Before Millendo, Ye was senior director, head of CMC operations for AstraZeneca’s Neuroscience Innovative Medicines. Earlier in his career, Ye served as chief technology officer for Dongguan Jinmeiji Pharmaceutical Co., and held leadership positions as both a scientist and CMC lead at several life sciences companies, including Pharmos Corporation, ViroPharma and Nycomed.

Flagship Pioneering – Diego Miralles was named CEO-Partner and CEO of LARONDE, a Flagship Pioneering company. Andrew Oh was named Senior Partner. Miralles is a veteran pharmaceutical and biotech leader who joins Flagship from Vividion Therapeutics, Inc. where he was CEO. Prior to this role, he was President of Adaptive Therapeutics. Miralles also spent eleven years at Johnson & Johnson, where he most recently served as Global Head of Johnson & Johnson Innovation. Oh brings more than two decades of finance and pharmaceutical experience and most recently served as CFO of Flagship-originated Rubius Therapeutics. Prior to Rubius, Oh spent a decade as a portfolio manager at Leerink and Fidelity.

Antios Therapeutics – Patrick Higgins was named to the board of directors of Atlanta-based Antios Therapeutics, Inc. His most recent position was as chief operating officer for Arbutus Biopharma. In a prior role, he was a co-founder and CEO of OnCore Biopharma. Before OnCore, he served as executive vice president, Commercial, for Pharmasset.

Retrotope – Rick E. Winningham was named chairman of the board of directors of California-based Retrotope. Winningham currently serves as chairman and CEO of Theravance Biopharma.  Before Theravance, Winningham was president of Bristol Myers Squibb’s Oncology/Immunology/Oncology Therapeutics Network.

Recro Pharma – James Miller was appointed to the board of directors of Pennsylvania-based Recro Pharma. Miller is founder and former president of PharmSource. Most recently, he has served on the advisory boards of Ajinomoto Biopharma Services and C-Squared Pharma.  Miller was previously a consultant in corporate strategy at the Boston Consulting Group and an economist at The World Bank.

Cellares Corporation – Rodney Rietze was appointed to the advisory board of Cellares. Rietze will provide insights and support to guide further development of Cellares’ next-generation cell therapy manufacturing solution. He is co-founder and CEO of iVexSol Inc. Prior to this, Rietze was the director of strategic development and innovation at Novartis.

Penrose TherapeuTx – Bhardwaj Desai was named chief development officer of Michigan-based Penrose. Desai has been a hematologist and oncologist for 30 years and for the last 16 years has been a leader in oncology clinical drug development for top pharmaceutical companies including Astellas, Pfizer, Hospira and Abbott/AbbVie.