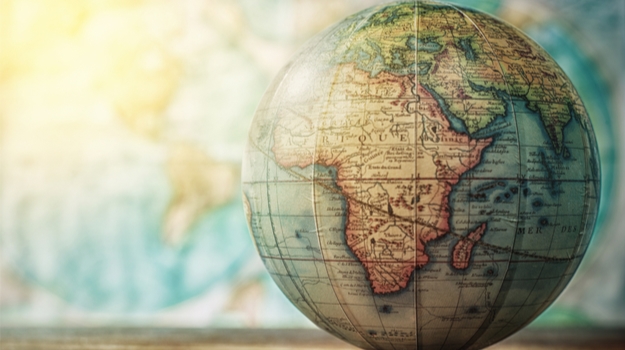 BC Platforms – Switzerland-based BC Platforms, a developer of genomic data management and analysis solution, established a Singapore-based entity in order to spearhead its activities in the Asia Pacific region, including China. BC Platforms’ investment plans include establishing a team of experts in a Singapore-based entity covering regional sales, customer service and R&D functions. The company is already collaborating with IntERPreT, a not-for-profit, pre-competitive, engagement initiative for industry players to help develop Singapore´s national personalized medicine program, the company said.

SOTIO– Czech Republic-based SOTIO and Swiss-based NBE Therapeutics AG continued to build on their relationship. SOTIO elected a second target for the development of a next generation antibody-drug conjugate (ADC) under their existing license and collaboration agreement. The two companies will collaborate on the discovery, non-clinical development and manufacturing of this second undisclosed target. The development will be based on NBE’s proprietary antibody drug conjugate platform, including NBE’s site-specific SMAC-technology conjugation and its new, highly potent anthracycline toxin platforms. SOTIO will take global responsibility for clinical development, registration and commercialization of the ADC products.

Abcam plc – U.K.-based Abcam forged a partnership with BrickBio, experts in site-specific protein modification and a Tiger Gene portfolio company. The strategic partnership covers the use of BrickBio’s proprietary platform for introducing conjugation-ready sites into antibodies and other proteins in both mammalian and bacterial expression systems. Under terms of the partnership, Abcam will have exclusive rights to the platform for the creation of novel conjugation-ready recombinant products for the research tools market, as well as rights to commercialize the platform across its recombinant antibody and protein portfolio for diagnostic use. In addition, Abcam will make a financial investment in BrickBio and work together with the BrickBio team to further industrialize the platform.

Horizon Discovery Group – U.K.-based Horizon Discovery Group divested its animal research models business unit to U.S.-based Envigo RMS LLC. The divestment is part of Horizon’s strategy to focus on high growth areas within its core market. As it moves toward completing the divestment, Horizon said it is expanding its cell-based screening services to support drug discovery and development workflows, from target identification to patient stratification, and engineered CHO cell lines for biotherapeutic manufacture. Horizon’s U.S.-based research models business unit will be transferred to Envigo, including assets and employees. The business unit uses Horizon’s gene editing expertise to produce customized models with clinically relevant gene deletions, insertions and other modifications, which are used as preclinical models for human genetic disease during drug discovery and development. The two companies will collaborate to ensure continuity and enable all customers to access CRISPR-edited research models for screening and other applications.

evitria – Switzerland’s evitria, an antibody expression service provider, opened a new office in Denmark to serve the growing demand for its assets in Scandinavia. evitria's Nordic office will be headed by Simon Asbjørn Larsen, as director of client relations.

Chi-Med -- Hutchison China MediTech Limited, better known as Chi-Med, is eying a potential drug approval in China for the treatment of patients with advanced non-pancreatic neuroendocrine tumors. The company said the China National Medical Products Administration accepted its New Drug Application. The NDA is supported by data from the successful SANET-ep study, a Phase III study of surufatinib in advanced neuroendocrine tumors – extra-pancreatic patients in China for whom there is no effective therapy.  Chi-Med currently retains all worldwide rights to surufatinib. Surufatinib is under investigation in multiple solid tumors in China, the U.S. and Europe, both as a monotherapy and in combination with immunotherapies.

Lytix Biopharma – Norway’s Lytic, an immuno-oncology company, formed a clinical collaboration with Iovance Biotherapeutics. The partnership will focus on Lytix`s first-in-class oncolytic peptide, LTX-315, in combination with Iovance`s autologous ready to infuse T cell therapy. Lytix Biopharma is focused on the development of oncolytic molecules based on pioneering research in “host defense peptides”. The company`s lead compound, LTX-315, is administrated intra-tumorally and works by inducing lysis of intracellular organelles of tumor cells thereby unleashing a broad spectra of tumor antigens.

TTP Plc – U.K.-based TTP said its Desktop Biology service has enabled the fast-track development of a novel technology in partnership with DnaNudge Ltd. The technology is designed to help consumers make healthier food and drink choices based on their unique genetic profile, the company announced.

Nanobiotix – Based in France, Nanobiotix announced promising results from its preclinical collaboration with MD Anderson evaluating with anti-PD-1 and anti-CTLA-4 immune checkpoint inhibitors. This preclinical research studied NBTXR3 activated by radiation therapy in combination with anti-PD-1 in immunocompetent mice bearing an anti-PD-1 resistant tumor on each flank. According to the data from this model, the combination treatment that included NBTXR3 and anti-PD-1 increased local control of the irradiated tumor, generated a “marked abscopal effect,” decreased the number of spontaneous lung metastases, and significantly increased survival when compared to other treatments in the study including anti-PD-1 combined with radiation therapy alone. The results show the combination has the potential to “achieve an equivalent abscopal effect at a lower dose of radiation,” the company said in its announcement.

Follicum – Follicum and proDerm signed a collaboration agreement to conduct a new clinical trial with a cream-like formulation of FOL-005 to be tested on alopecia patients. The company expects to be ready for starting the clinical trial shortly after the turn of the year. Preparations for the clinical trial are ongoing.

BiomX – Israel’s BiomX presented new data from the company’s Primary Sclerosing Cholangitis (PSC) program at the American Association for the Study of Liver Disease (AASLD) Conference in Boston. BiomX researchers identified and characterized phages targeting pathogenic bacterial strains that are hypothesized as disease modifying in PSC, a rare progressive liver disorder. The target bacterial strains of Klebsiella pneumoniae were isolated from the stool of patients with PSC and were previously shown to induce a Th17 inflammatory response in the liver and to disrupt the intestinal epithelial barrier in mice. Gut permeability may lead to microbial infection of bile, resulting in inflammation and fibrosis within the liver of PSC patients, suggesting that Kp may serve as a therapeutic target for phage therapy, the company said.

LG Chem – South Korea-based LG Chem Life Sciences and U.K.-based Avacta Group have moved forward in their Affimer therapeutics partnership. Avacta has successfully generated a large number of Affimer proteins that bind to the first drug target nominated by LG Chem. These candidate Affimer molecules are now being optimized by Avacta, for LG Chem to then carry out preclinical development. If successful, it will trigger the next milestone payment to Avacta from LG Chem. LG Chem has expanded the collaboration by nominating the second and third drug targets and Avacta is beginning the discovery programs for Affimer binders to those new targets.

eThe RNA – Belgium-based eTheRNA will become a key partner in a new EU research project called EXPERT: Towards Off-the-Shelf mRNA Nanomedicines.  The project will receive €14.9 million funding from the European Union’s Horizon 2020 Framework Programme over the next five years and task 11 international partners with developing a novel off-the-shelf delivery system for mRNA therapeutics to treat cancer and heart failure. The first stage of the project is to establish proof-of-concept by devising a Phase I study focusing on immunotherapy for metastatic triple-negative breast cancer. Specific mRNAs will be used to instruct patients’ cells to produce proteins which activate immune cells and release tumor antigens. As a second field of application, EXPERT will investigate the use of mRNA for heart failure. Patients would receive a specific mRNA molecule helping to stimulate tissue regeneration in the heart without producing side effects elsewhere in the body.