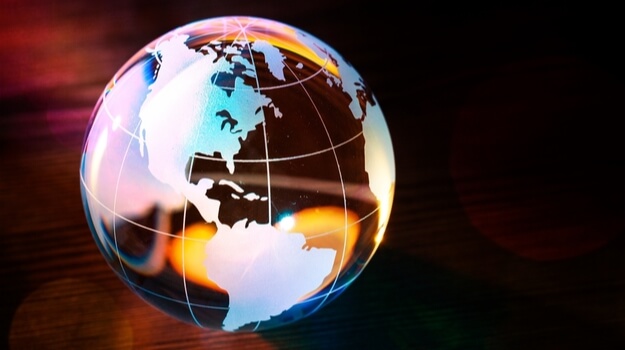 FSD Pharma – Toronto-based FSD Pharma Inc. announced positive topline results from its Phase I randomized, double-blind, placebo-controlled study of ultramicronized palmitoylethanolamide (PEA), or FSD201. The study found ultramicronized PEA to be safe and well-tolerated. Mild and self-limiting side effects were reported and were deemed unlikely to be related to the study drug. There were no abnormal laboratory findings or ECGs observed during the study and no serious adverse events were reported. No subjects withdrew due to an adverse event and all eligible subjects completed all doses. The pharmacokinetic profile of FSD201 in this study is still being analyzed.

Follicum – Sweden’s Follicum AB received a Notice of Allowance from the U.S. Patent and Trademark Office that covers the company's peptides and their use for treatment of diabetes and diabetes-associated complications. The application is directed to new peptides from the company's two peptide classes, and their use in the treatment of diabetes and its complications. Follicum has now received Notice of Allowance for this application.

Intravacc – Vaccine maker Intravacc, based in The Netherlands, announced promising results of a preclinical study with its experimental whooping cough vaccine in mice. The study shows that intranasal immunization induced both excellent systemic and local immune responses, but also prevented colonization of the lung, trachea and nose. Intravacc scientists used a vaccine consisting of outer membrane vesicles (Intravacc’s OMV vaccine delivery platform) to immunized mice via the subcutaneous or intranasal route. Whereas subcutaneous immunization resulted in robust systemic immune responses of high quality, it could not prevent colonization of the nasal cavity, the company said. Intranasal immunization did not only induce excellent systemic responses but also strong local immune responses. Most importantly, intranasal administration prevented colonization of the lung, trachea and nose. Further testing, preferably in humans, is needed to confirm these findings, the company noted.

AIMM – Also based in The Netherlands, AIMM, a privately-held biopharmaceutical company, announced it presented preclinical data at the American Association for Cancer Research 2020 Virtual Annual Meeting from its antibody programs in oncology using a rich pipeline of tumor-specific antibodies from cured cancer patients. The company’s lead asset, AT1412, is a CD9-targeted antibody derived from a stage 4 melanoma patient with brain metastasis who was successfully treated with autologous T-cell based immunotherapy and is still tumor-free after 13 years despite having an aggressive cancer. AT1412 is going through the last stages of preclinical development for B-cell lymphoblastic leukemia/lymphoma (B-ALL) and CD9+ solid tumors, such as melanoma, gastric, breast, and esophageal cancers. Posters presented at AACR demonstrated the potential for AT1412 to be a potent antibody capable of inducing cell death and facilitating the trafficking of immune cells into the tumor microenvironment.

SOTIO – Czech Republic-based SOTIO and Cytune Pharma presented preclinical data highlighting the therapeutic potential of SO-C101, an IL-15 superagonist, as a monotherapy and in combination with PD-1 inhibitors in multiple tumor models. The data were presented in a virtual poster presentation at the 2020 AACR Meeting. Key findings presented showed SO-C101 monotherapy decreases the rate of tumor development and tumor growth in the TC-1 mouse tumor model, a lung cancer model, in a NK and CD8+ T cell-dependent manner. Also, SOTIO said SO-C101 in combination with PD-1 inhibition prevents tumor development in TRAMP-C2 mice and delays tumor growth upon a re-challenge with tumor cells. SO-C101 mediated anti-tumor response in combination with PD-1 inhibition is dependent mainly on NK and CD8+ T cells in the TRAMP-C2 tumor model, the company said. SO-C101 is currently being studied in a multicenter, open-label Phase I/Ib study to evaluate its safety and preliminary efficacy as monotherapy and in combination with Merck’s Keytruda in patients with selected relapsed/refractory advanced/metastatic solid tumors.

Genor Biopharma – China’s Genor Biopharma and G1 Therapeutics signed an exclusive license agreement for the development and commercialization of lerociclib in the Asia-Pacific region excluding Japan. G1’s lerociclib is a differentiated oral CDK4/6 inhibitor designed to enable more effective combination treatment strategies. Genor is currently developing eight novel, clinical-stage oncology compounds and recently completed a $160 million Series B financing round. Under the terms of the agreement, G1 will receive an upfront cash payment of $6 million and be eligible to receive up to an additional $40 million in development and commercial milestone payments. In addition, Genor will pay G1 tiered royalties ranging from high single to low double-digits based on annual net sales of lerociclib.

Start Codon plans to invest in and support up to 50 start-up companies over the next five years.

Vaccitech Limited – Oxford-based Vaccitech dosed the first patient in a Phase I study assessing the safety and immunogenicity of the VTP-300 prime in both healthy participants and patients with chronic hepatitis B (HBV) who are virally suppressed with oral antiviral medication. The VTP-300 prime comprises Vaccitech’s Chimpanzee Adenovirus Oxford 1, a non-replicating viral vector delivering three full-length HBV antigens to stimulate a vigorous antibody and mixed CD4+/CD8+ T cell immune response. The study, HBV001, will evaluate the ability of VTP-300 prime to generate anti-HBV CD4+ and CD8+ T cells; immune cells known to be involved in the clearance of HBV from the liver.

Generon BioMed – Shanghai-based Generon BioMed Inc. has rebranded to Evive Biotech. The name change reinforces the company’s commitment to address unmet medical needs for patients worldwide. Since its inception in 2004, the company has been focused on addressing unmet medical needs in oncology and inflammatory disorders that are difficult to treat and present a challenging prognosis.

BioGeneration Ventures – Early-stage venture capital group BioGeneration Ventures, based in The Netherlands, closed its fourth fund, which is valued at $119 million. The BGV IV fund has attracted notable institutions as investors such as, Bristol Myers Squibb, Schroder Adveq and the European Investment Fund. New investors to BGV IV include Industriens Pension and KfW Capital.

POXEL SA – France’s POXEL SA announced positive results from a PXL770 four-week placebo-controlled PK/PD study in 16 likely-NASH patients with insulin resistance. PXL770 met its study objectives showing a PK profile in likely-NASH patients that was similar to the one observed in healthy volunteers in the company’s Phase I program. In the PK/PD trial, PXL770 was also observed to be safe and well-tolerated.

Atroqi – Swedish biopharma company Atrogi announced it has been jointly awarded a €1 million Eurostars grant to develop new obesity treatments based on its novel receptor research. The project is expected to in the third quarter of 2020.