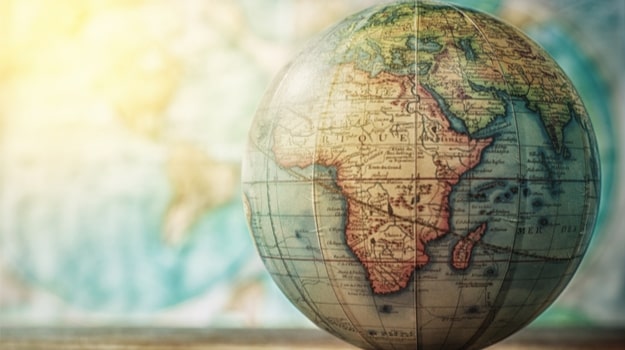 Cobra Biologics – Cobra Biologics has successfully produced and supplied two further DNA plasmids for the production of CombiGene’s gene therapy drug candidate CG01, which is being developed for the treatment of drug-resistant focal epilepsy. The production of CG01, is dependent on manufactured and specifically modified plasmids. All three plasmids delivered by Cobra are key components of the gene therapy vector tasked with "transporting" CG01's active substances NPY and Y2 into the patient’s brain tissue. The first plasmid was delivered in April and with Cobra now delivering the two remaining plasmids, CombiGene is ready to begin production of CG01 as soon as the final manufacturing process is defined.

Medicago – Medicago, based in Quebec City, Canada, initiated Phase I trials for its plant-derived COVID-19 vaccine candidate, administering the first doses in healthy human volunteers. Medicago is also planning a Phase II/III trial to be initiated this October. The Phase I clinical trial will evaluate multiple dosages of the recombinant Coronavirus Virus-Like Particle (CoVLP) vaccine candidate alone or with an adjuvant in a prime-boost regimen. Medicago is using two different adjuvants, one from GlaxoSmithKline and one from Dynavax. An adjuvant can be of particular importance in a pandemic situation as it may boost the immune response and reduce the amount of antigen required per dose, allowing more vaccine doses to be produced and therefore contributing to protecting the greatest number of people. Medicago expects to be able to manufacture approximately 100 million doses by the end of 2021.

Exact Therapeutics – Norway’s Exact Therapeutics is now trading on Oslo Stock Exchange’s Merkur Market under the ticker EXTX-ME. This follows the completion of a NOK 155 million private placement. The net proceeds from the private placement will be used to complete a Phase I study of ACT in liver metastases, and begin preclinical development of other programs. The company will also reinforce its management team.

SOTIO – Czech Republic-based SOTIO dosed its first patient in Part B of an ongoing Phase I/Ib study of IL-15 superagonist, SO-C101, for the treatment of patients with advanced/metastatic solid tumors. Part B will examine SO-C101 in combination with PD-1 inhibitor pembrolizumab. Early results from the ongoing Part A of the Phase 1/1b trial investigating SO-C101 monotherapy dose escalation to date have shown encouraging biological activity, activating NK cells and CD8 T cells in various solid tumors. Part B now allows for the pembrolizumab combination phase of this dose-escalation study to progress.

Merus N.V. – Netherlands-based Merus N.V. and Texas-based Caris Life Sciences joined forces to detect neuregulin 1 (NRG1) fusions in cancer patients. Under the agreement, Caris has agreed to perform whole exome sequencing of DNA and whole transcriptome sequencing of RNA for certain cancer patients, focusing on pancreatic cancer, to identify the presence ofNRG1 fusions and to increase awareness of and potential enrollment in Merus’ bispecific antibody Zenocutuzumab Phase I/II eNRGy trial. The NRG1 gene fusion is a rare, powerful driver of cancer cell growth found in lung, pancreatic and other solid tumor types. Zeno, through its unique mechanism of blocking the interaction of the NRG1 fusion protein with its receptor HER3, has the potential to be particularly effective against NRG1+ cancers.

SIRION Biotech – Munich-based SIRION Biotech GmbH posted strong financial numbers for the first half of 2020. The company reported revenues for its vector design and manufacturing service were €3.1 million ($3.5 million) resulting in a 26% percent increase over the same period in 2019. The company projects revenue of approximately €11 million for 2020 which would exceed last year’s revenue record. SIRION is dedicated to the success of its drug development partners through the expansion of additional offices in both Massachusetts and Paris in the past two years.

Acepodia – Taiwan’s Acepodia and JW Therapeutics collaborated to develop ACE1702 and ACE1655, two of Acepodia’s cell therapy candidates for the treatment of solid tumors and hematologic malignancies. The assets will be marketed in mainland China if they are approved for use. Acepodia’s allogeneic cell therapy platform is based on optimizing its proprietary, potent and off-the-shelf natural killer cell line (oNK cells) with tumor-targeting mechanisms through its antibody-cell conjugation (ACC) technology that links antibodies directly to the surface proteins of immune cells to enhance their tumor-killing ability. Acepodia will receive upfront and milestone payments in addition to royalties on sales.

Spirea Limited – Spirea Limited, a spin-out from the University of Cambridge founded to deliver the next generation of antibody drug conjugate (ADC) therapeutics for the treatment of multiple cancers, has today announced closed a seed investment round, led by Meltwind and Start Codon. The financing will progress the development of its ADC technology, which allows the delivery of more drug payload to tumor cells resulting in greater efficacy, tolerability and the ability to treat more cancer patients. Recent in vitro proof-of-concept studies have demonstrated successful ADC manufacturing with an impressive DAR, no aggregation, good serum stability and high cell-killing activity on HER2 breast cancer cells.