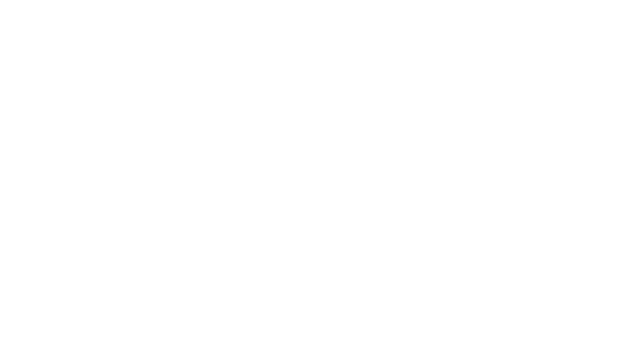 “With moderate to severe ulcerative colitis, even when I was there, I never knew when my symptoms would keep us apart. So I talked to my doctor about Humira,” expresses one of Humira’s 2018 television commercials, aptly titled “Keep Us Apart”. This is just one example of the company’s pervasive national ad campaign reach. Many have witnessed a Humira promotion for Crohn’s disease, rheumatoid arthritis, or ulcerative colitis. This versatile drug treats more than just the former, however.

“Humira is an anti-TNF monoclonal antibody that currently treats Crohn's disease, rheumatoid arthritis, ulcerative colitis, hidradenitis suppurativa, psoriasis, psoriatic arthritis, juvenile idiopathic arthritis, ankylosing spondylitis and uveitis,” quotes Humira developer AbbVie’s website. Those, plus other unlisted ailments, total at 15 conditions treated by only one drug. It’s no shock that Humira soon became known as a pipeline in a drug, the swiss army knife of pharmaceuticals, or simply a miracle drug.

From its initial approval by the U.S. Food and Drug Administration (FDA) in December of 2002, Humira has become the most sold drug in the world. But such great success doesn’t happen overnight, and it certainly stems from the widespread effectiveness of the medication. Historically, Humira (adalimumab), which stands for HUman Monoclonal Antibody In Rheumatoid Arthritis, was developed to treat only one condition: rheumatoid arthritis.

Jumping back to December of 1991, Humira’s journey began with the Cambridge Antibody Technology Group in Cambridge, UK. Using genetic engineering, the group was able to create an artificial immune system that effectively was able to replicate human antibodies, eventually developing technology that explored therapeutic value in such antibodies. The phage technology was collaborated on by Knoll AG, of BASF Pharma in January of 1994.

It wasn’t until November 9, 1998 that “BASF Pharma released positive results of the investigational human monoclonal antibody D2E7 in the treatment of rheumatoid arthritis in the phase I clinical trial involving 140 patients.” After multiple human trial phases with positive results, D2E7 proved effective in the treatment of rheumatoid arthritis. Abbott Laboratories acquired all of BASF Pharma’s business for a $6.9 billion cash buyout in 2001, which included access to D2E7. Eventually, in December of 2012, Abbott split into two companies, one of which was AbbVie, the current company that manages and markets Humira.

Crohn’s disease was added to the list of D2E7’s treatment capabilities in September of 2002. Finally, the drug was renamed as Humira upon receiving US FDA approval on December 31, 2002. The EU was quick to follow in approval of the drug. By the end of only its first full year of availability, Humira had been approved in 38 countries and prescribed to some 50,000 patients. As more indications of impressive treatment results in widespread areas became clear, the patient number grew. Today, Humira benefits nearly one million patients worldwide.

One of these such patients, Susan, suffers from rheumatoid arthritis. "Looking back, I would maybe tell myself that things may be a little different than you thought they would be, but, it’s going to be OK. It’s hard to imagine, there in the beginning, but that’s been my experience. The thing that’s been most important for me in this journey is to be my own advocate. Learning early on what I was facing, the options that were available to me—that has been priceless. It’s very important if you don’t understand, that you ask for clarification. The longer that you put off treatment can really have long-term, permanent effects. I understand the desire to treat symptoms, but it’s really important that you’re on a medication that helps prevent further joint damage. We know RA never goes away, and so you need to be sure that you’re managing the long-term effect of this autoimmune disease that attacks your joints," she reports.

Another patient who swears by Humira is a doctor herself. Dr. Jacob quotes that, “When I went on HUMIRA, I really saw a change in my skin and everything I had was getting better. I get up in the morning. I do the things I need to do, I spend time with my twins, maybe we’ll take them swimming spontaneously, you know, and on a Sunday morning and I don’t have to worry about what’s going on with my skin. Is there flakiness? It’s great, you kind of forget about it, in a good way . . . My favorite success story, of course, involves my best friend from college who has suffered with psoriasis since she was 6 years old. I started her on HUMIRA and her skin became so improved. She was so happy because she didn’t have to worry about all the patches of psoriasis on her skin for the first time since she was 6 years old. And that made me really good as her friend and a doctor. Now that I’m on HUMIRA, I kind of forget that I have psoriasis until I’m discussing it with patients. Once you see the results that you can get with HUMIRA, you’ll be so pleased with the way your skin feels and looks. With HUMIRA I’ve been able to rewrite my patients’ stories, and mine, too.”

So is Humira a miracle drug? These patients seem to think so, as do a myriad of others. The continually growing sales record combined with proven effectiveness speaks for itself. One million patients across the world are benefitting from Humira already, and those numbers will only increase over time. If treatment is possible, it seems as though Humira can help.