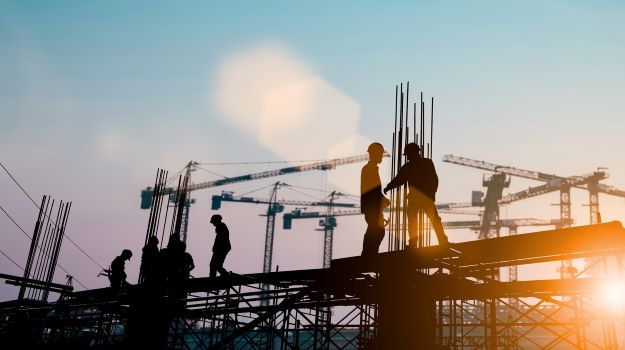 Several biopharma companies are closing out the month of April with expansions to facilities and breaking ground on brand new campuses, including a $3 billion investment to develop next-generation life science ecosystems. Read on for this and more news about expanding companies.

Following its expansion plan announced in August 2021, BeiGene has broken ground on its new flagship U.S. manufacturing and clinical research and development center at the Princeton West Innovation Campus in New Jersey.

The initial phase of construction is expected to include 400,000 square feet of commercial-stage biologic pharmaceutical manufacturing space. BeiGene has stated that it intends to recruit hundreds of new hires from the surrounding area to support its growth and portfolio of oncological therapeutics. The New Jersey facility will join five other U.S. offices and more than 30 offices globally.

Boehringer Ingelheim to Expand in Georgia

Boehringer Ingelheim announced that it will invest $57 million to expand its Animal Health Global Innovation Center in Athens, Georgia. The expansion will create 55 new jobs, increase laboratory space and bring additional research and development capabilities and activities to the campus.

The new facility will span 63,000 square feet and the funds will be used to create a 5,000 square foot expansion and partial renovation of the existing Global Innovation facility in Athens. Construction and renovation are anticipated to be completed in spring 2024.

Breakthrough Properties announced that it raised $3 billion in direct capital and co-investments to scale a global portfolio of ecosystems for life science companies at all stages of development. It is the largest real estate fund to date that will be dedicated exclusively to the life sciences.

Breakthrough plans to use the funds to finance ongoing developments and pursue additional development opportunities throughout the U.S. and Europe. Previously, Breakthrough has supported the development of facilities for CRISPR Therapeutics, Tandem Diabetes Care and Janux Therapeutics. The company provides a team of life sciences professionals who curate scientific ecosystems defined by best-in-class infrastructure, collaborative amenities and dynamic tenant spaces that are built to meet the needs of biopharma and biotech companies.

Pegasus was awarded a $2.5 million grant from the Pensacola-Escambia Promotion and Development Commission to expand its laboratories. The grant will allow the company to expand into an existing facility in the Ellyson Industrial Park in Florida.

The expansion is anticipated to create 63 new laboratories and life-science manufacturing jobs over the next five years. Pegasus currently offers a wide variety of services including research and development of therapeutics, services related to scaling and technology transfer and clinical and commercial manufacturing.

Catalent Continues to Spread its Wings

Catalent has been busy this April, with several announcements related to the expansion and acquisition of new facilities. The company is expanding in several U.S. states and across Europe.

Catalent announced this week that it completed expansion of its nasal drug development and manufacturing capabilities in its North Carolina facility. The completion of the multimillion investment project will substantially increase its technology and capacity to support the growing interest in nasal drug developments and technologies.

The company also acquired a commercial-scale therapy development and manufacturing facility in New Jersey this week from Erytech. The $44.5 million purchase includes an exclusive long-term supply agreement for Catalent to support Erytech’s lead candidate, eryaspase, for the treatment of acute lymphoblastic leukemia. The 30,900 square foot facility provides 16 suites primed for the production of products in a GMP-compliant manner and provides development for clinical and commercial manufacturing of cell therapies.

Catalent also has invested $350 million in integrated biologics drug substance and drug product manufacturing in its Indiana facility. The expansion will include the installation of new bioreactors and expand downstream processing capabilities for drug substances. The expansion is slated to be completed in 2024.

Outside of the U.S., Catalent acquired a facility in Oxford, UK which is currently under construction. The company will invest up to $160 million to complete the building of the facility and equip it with technology and capabilities for the development and manufacture of biologic therapies and vaccines.

More than $25 million is being used to build an accelerator for biotech startups in Roanoke Valley, VA. The initiative will create 250 jobs through 25 new startups over five years and is anticipated to generate $20 million in annual salaries.

30,000 square feet of space will be transformed into labs, innovation studios and office spaces to diversify the region’s economy and welcome life science biotech startups to the area. Roanoke Valley is hoping to keep talent in the area and support the growth of the life sciences industry.