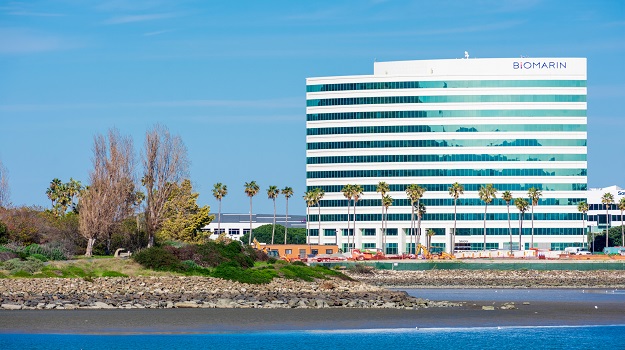 In November, BioMarin’s Voxzogo (vosoritide) became the first U.S. Food and Drug Administration-approved therapy for children with achondroplasia, a rare genetic disorder that causes the most common form of dwarfism. The drug has already made an important contribution, adding nearly $20 million to BioMarin’s best first quarter to date.

The San Rafael-based biotech reported $519 Million in total revenue as its first quarter came to a close. The Q1 results for Voxzogo gave BioMarin the confidence to raise its 2022 full-year guidance to between $100 million to $125 million (net product revenue) for the drug. During a call with investors, there was considerable discussion about the therapy’s ultimate long-term potential, as well as its path to full approval. Voxzogo, which is a once-daily injection, was approved specifically for children who have open epiphyses, or growth plates, which gives them the potential for growth. The drug was approved under the FDA's Accelerated Approval pathway.

“We continue to be encouraged by the high level of interest in Voxzogo from families and physicians worldwide seeking treatment that addresses the underlying cause of achondroplasia,” BioMarin Chairman and CEO Jean-Jacques Bienaimé said in a statement.

After kicking off the call with measured excitement about the early returns on Voxzogo, much of the discussion focused on marketing efforts in both the U.S. and Europe. The European Commission granted marketing approval for the drug approximately three months prior to the FDA in August 2021.

The planned U.S. resubmission of a Biologics License Application (BLA) for Valoctocogene Roxaparvovec, BioMarin’s experimental treatment of Severe Hemophilia A, was another topic of interest for investors. Hemophilia A is an X-linked genetic disorder caused by insufficient levels of Factor VIII, a blood protein responsible for proper clotting. It is one of the research areas in which BioMarin has made its name.

The FDA turned down BioMarin's original BLA application in August 2020, and the long-term benefit of the therapy was called into question when new data was presented from BioMarin’s Phase I/II study during a session at the International Society on Thrombosis and Haemostasis (ISTH) 2021 Virtual Congress in July 2021. The five-year data showed that valoctocogene roxaparvovec expressed substantially lower factor VIII levels after five years compared with one year. Durability, or staying power, is a running concern in the gene therapy space.

In March, however, BioMarin published optimistic Phase III results in the New England Journal of Medicine. The company shared that after a single infusion of valoctocogene roxaparvovec, patients experienced substantially reduced annualized bleeding rates, reduced Factor VIII utilization and increased Factor VIII activity. At weeks 49 and 52 following treatment, 88% of participants had a median Factor VIII activity of 5 IU/dL or higher, results which could lessen the severity of the disease.

Bienaimé reiterated this in the earnings report, saying that the study results to date “demonstrate an 85% reduction in annualized bleeding rates compared to baseline using standard of care.”

The company told investors that in a pre-BLA meeting, it would be looking to ascertain the exact content the FDA is seeking ahead of a targeted June re-submission. The re-submission will include 2-year follow-up results from the aforementioned Phase 3 study. The therapy is currently under review in Europe, with a Committee for Medicinal Products for Human Use (CHMP) opinion expected in mid-2022.

In its earnings report, BioMarin also said that complete genomic analysis from a Phase II trial subject treated with Valoctocogene Roxaparvovec in 2016 did not identify a contribution from vector integration to a previously announced adverse event.

Bienaimé said, “With potential approvals of valoctocogene roxaparvovec in Europe and (the) United States, the continued strong launch of Voxzogo and our anticipated transition to sustainable profitability, we believe 2022 will be a transformational year for all BioMarin stakeholders.”

The $519 million Q1 revenue is a 7% bump compared to the same period in 2021. BioMarin said that the increase was achieved “despite continued erosion of the U.S. Kuvan market.” BioMarin’s Kuvan treats phenylketonuria (PKU) and was approved by the FDA in 2007. PKU is a rare inherited disorder that causes an amino acid called phenylalanine to build up in the body. Kuvan still brought in a healthy $59.3 million for BioMarin, though that number was down nearly $11 million from 2021.

Bienaimé summed up the tone of the first quarter, saying that BioMarin foresees “continued momentum based on the essential nature of our innovative medicines for our patients around the world.”