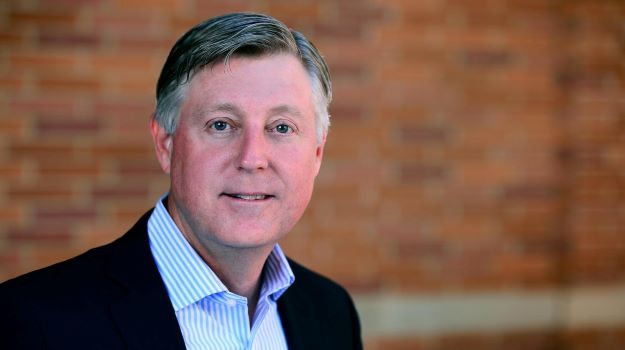 Diagnosing Alzheimer’s disease today may require painful and expensive procedures, such as a spinal tap to remove cerebral spinal fluid or a PET scan that costs between $5,000 and $10,000 (for which Medicare does not pay). A technology platform and Alzheimer’s diagnostic being developed by precision neurology company Altoida Inc. has the potential to eliminate all that.

This novel diagnostic technology uses augmented reality and a smartphone or tablet to administer cognitive and functional tests, and artificial intelligence (AI) to correlate approximately 800 digital biomarkers that consider age, education, gender and other factors with a huge body of clinical data. Consequently, it can be used to track patient progression during clinical trials for therapeutics for neurological diseases like Alzheimer’s and Parkinson’s disease, as well as for screening and early patient diagnosis.

“For 11 years, we’ve conducted clinical trials and validation studies to develop correlations with ground truth data. We’ve analyzed PET, MRI, and spinal fluid exams from tens of thousands of patients to build a precision diagnostic backed by AI,” Travis Bond, CEO of Altoida Inc. told BioSpace. Consequently, even very early physiological changes that otherwise would be unrecognizable with today’s tools, can be identified. Using it, “we will be able to make early diagnoses across the disease continuum with up to 98% accuracy, based on unique digital signatures.

“The tests simulate activities of daily living,” Bond said. For example, “users are prompted to place three virtual objects in the nine square foot area around them and then are told the order in which to find them. Using just their cell phones, we measure everything from their gait, subconscious movements, speech and other data features to determine if they are impaired and what pathology may be causing it.” This takes about 10 minutes.

These tests are designed to stress each part of the brain, so the areas that process speed, color, sound, speech, eye movement and more are all assessed. This method allows Altoida’s software to identify impairment years before physicians typically note any issues.

Such early identification is related to how people think about cognition. People begin to think about dementia when they can’t remember simple things, like where they put their car keys or what they had for dinner the previous night, but by the time these symptoms escalate to the point that they consult a physician, they’ve missed many years of the therapeutic window, he explained. “The sooner a disease is diagnosed, the sooner people can receive treatment. Early intervention can drastically improve their outcomes.”

Altoida already has diagnostics for Alzheimer’s and Parkinson’s and is developing technology for multiple sclerosis (MS), amyotrophic lateral sclerosis (ALS) and schizophrenia, among others. “Our technology is 510(k) exempt and we recently received FDA Breakthrough Device Designation for our Alzheimer’s diagnostic. We’re working with regulators in six countries now to gain global approvals,” Bond said.

The company recently announced a five-year multi-center Alzheimer’s study in collaboration with Eisai Co., Ltd., headquartered in Tokyo, and the Bioinformatics and Human Electrophysiology Laboratory (BiHeLab) in the Department of Informatics at Ionian University on Corfu, Greece.

“This collaboration has the potential to unlock more about the pathology and the progression of Alzheimer’s than has ever been understood before, and to enable a new gold standard with precision neurology,” Bond said when making the announcement.

The BiHELab was selected because of its expertise in mathematical modeling and machine learning for neurodegenerative diseases. Its goal is to better quantify hallmark pathological signatures of Alzheimer’s disease, such as protein misfolding, and to generate insights from other data this study will amass.

As Bond told BioSpace, this multi-million-dollar program “is exhaustive in its tracking of pre-symptomatic and symptomatic individuals and identifying different subtypes of Alzheimer’s disease. Participants will go through full neurological workups with PET, MRI and cerebral spinal fluid analysis; full genomic sequencing; a full blood workup; and passive actigraphy (the data from wearables like Fitbit and other activity trackers); as well as the Altoida diagnostic tests.” This combination will determine the granularity of the tests in detecting neurodegenerative diseases. Participant enrolment is expected to be 5,400.

“Augmented reality is a great framework to leverage for precision diagnosis, scalable screening, sensitive longitudinal monitoring of disease progression and the impact of therapies on disease,” Bond said, and pharmaceutical companies are beginning to agree. Alotida has a number of pharmaceutical partnerships in place, and Merck KGA is a lead investor.

The tests Altoida is developing could mark a turning point in the global diagnosis and intervention of brain diseases because of its clinical accuracy, ease of use and wide availability. Smartphones are virtually ubiquitous, while PET scanners are relatively rare, he pointed out.

Specifically, “of the 5,500 PET scanners in the world, approximately 80% are in high-income countries,” Bond pointed out. Approximately 2,370 are in the U.S. An article in Medical Science Monitor published in 2020 outlined PET scanner availability globally and found that a huge portion of the world has only one PET scanner per million people. Some countries, particularly in Africa, have none. “With our mobile app-based test, everyone can have access to clinical-grade brain assessments, and doctors can get in front of neurological diseases.”

Altoida received FDA Breakthrough Device Designation in July 2021 to develop its AI-based approach to predicting the likelihood that an individual with mild cognitive impairment at or after age 55 would develop Alzheimer’s disease. The company also received funding from the Alzheimer’s Drug Discovery Foundation Diagnostics Accelerator, co-founded by Bill Gates, to develop the device’s predictions capabilities at the very early stages of Alzheimer’s disease.