Biotech Companies Team Up to Design New Proteins with ML 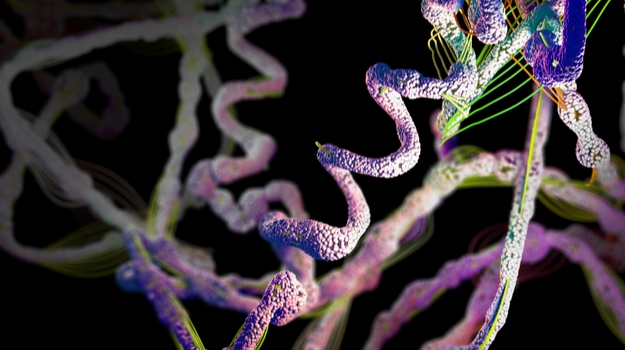 Three biotech companies, Arzeda, Cyrus Biotechnology and Outpace Bio, are teaming up to use machine learning to optimize protein folding and design efforts. The open-access initiative is called OpenFold, cleverly named for the partial focus on predicting how a protein will fold and whether it will correctly function.

OpenFold was recognized last year by Science magazine and given a coveted “Breakthrough of the Year” award. The reputation of OpenFold has reached far enough to spark interest from a variety of groups. Along with leadership from these three startups, Amazon has provided technical support via the Amazon Web Services (AWS) Open Data Sponsorship Program. Mohammed AlQuraishi, an assistance systems biology professor from Columbia University, has also joined the project and provided use of his laboratory. Last but not least, Genentech's Prescient Design brings expertise in machine learning to the consortium.

Together, improvements are being made to the AlphaFold2 project that was made publicly available last year by DeepMind after launching in December of 2020. AlphaFold2 is part of DeepMind’s aim to encourage the smart use of artificial intelligence technology to propel science forward.

The goal of OpenFold is to drive a collaborative effort for finding new treatments, equipped with the proteins, enzymes, antibodies or even small molecules necessary to fill existing treatment gaps. The platform allows a user to manipulate protein folding or build new biomaterials with extreme accuracy.

“It doesn’t make sense for all of us to replicate the same work,” Lucas Nivon, chief executive officer of Cyrus told GeekWire. “Especially if it doesn’t give any one company a competitive advantage.”

“So far, the accuracy we’re seeing from AlphaFold up until now has been unsurpassed,” he continued.

Since machine learning and artificial intelligence became a tool for drug discovery, DeepMind and parent company Alphabet have been exploring ways to use technology in drug discovery. Alphabet announced the launch of startup company Isomorphic Laboratories in November of 2021 with a similar goal to the OpenFold project. The startup intends to find ways to make use of the AlphaFold technology for drug discovery purposes, separate from the OpenFold initiative.

Demis Hassabis, founder and chief executive of Isomorphic Labs, commented on the future of artificial intelligence in medicine.

"We are at an exciting moment in history now where these techniques and methods are becoming powerful and sophisticated enough to be applied to real-world problems including scientific discovery itself,” Demis Hassabis, founder and chief executive of Isomorphic Labs said in 2021. “One of the most important applications of AI that I can think of is in the field of biological and medical research, and it is an area I have been passionate about addressing for many years. Now the time is right to push this forward at pace, and with the dedicated focus and resources that Isomorphic Labs will bring.”

Between OpenFold and Isomorphic Labs, the initiatives of DeepMind and Alphabet, machine learning and artificial intelligence may prove to be the tool needed to uncover effective treatments for conditions with unmet needs.