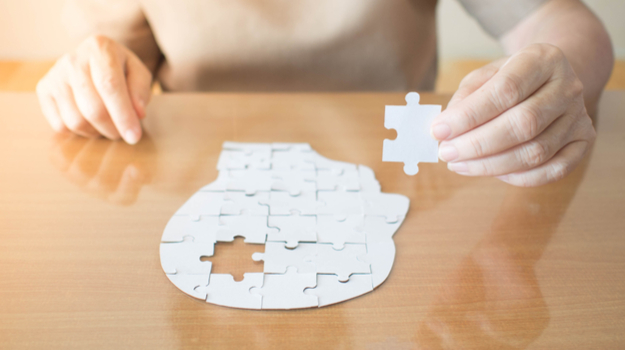 As the beta-amyloid theory of Alzheimer’s disease fades from prominence, many researchers are turning their attention to the role of inflammation. Although beta-amyloid is still very much a factor in the disease, many believe that it is an uncontrolled or faulty inflammatory and immune reaction to beta-amyloid that causes the majority of the cognitive damage. As a result, many researchers are shifting focus to the role of microglial cells, which are specialized immune cells in the central nervous system, and the potential use of anti-inflammatories in prevention and treatment.

Researchers with Massachusetts General Hospital (MGH) have identified some crosstalk communication between TREM2 and CD33, two genes that play a role in inflammation and Alzheimer’s disease. CD33 carries the genetic code for receptors on microglia cells. TREM2 has the opposite effect, shutting down microglia’s ability to promote neuroinflammation.

Rudy E. Tanzi, director of the Genetics and Aging Research Unit at MGH and senior author of the study, which appeared in the journal Neuron, says that CD33 is the “on” switch for neuroinflammation and TREM2 is the “off” switch.

“The Holy Grail in this field has been to discover how to turn off neuroinflammation in microglia,” Tanzi stated.

At the heart of the research was the question, what happens if the genes are silenced, simultaneously or individually?

Studying laboratory mice specially bred as Alzheimer’s disease models, the scientists tested started by looking at a strain of AD mice whose CD33 genes were turned off. These mice had decreased levels of beta-amyloid in their brains and did a better job in various learning tests, like running a maze. But when CD33 and TREM2 were silenced, the benefits disappeared. That also happened when a single TREM2 gene was silenced.

“That tells us that TREM2 is working downstream of CD33 to control neuroinflammation,” Tanzi stated. “

Further, they sequenced microglia RNA, which showed that both CD33 and TREM2 regulate neuroinflammation by increasing or decreasing the activity of a type of immune cell called IL-1 beta and the cell receptor IL-1RN.

“We are increasingly realizing that to help Alzheimer’s patients, it is most critical to stop the massive brain nerve cell death that is caused by neuroinflammation,” Tanzi stated. “We now see that the CD33 and TREM2 genes are the best drug targets for achieving this goal.”

This theory is also supported by a recent report that put Pfizer under fire. In 2015, Pfizer researchers were analyzing hundreds of thousands of insurance claims and noted that patients receiving the company’s Enbrel, a powerful anti-inflammatory, seemed to have a reduced risk of Alzheimer’s disease—by a startling 64%.

The scientists in Pfizer’s inflammation and immunology division pushed management to run a clinical trial. The estimated cost of the trial would be $80 million, but if it panned out, it would open up a huge market for the drug, whose sales are on a downward slope, victim of the patent cliff, and the company is focused on its replacement, Xeljanz, even though Enbrel brought in $2.1 billion in 2018.

As the Alzheimer’s Association International Conference (AAIC) 2019 is being held this weekend in Los Angeles, there is likely to be published numerous posters and presentations discussing the role of inflammation in the disease.