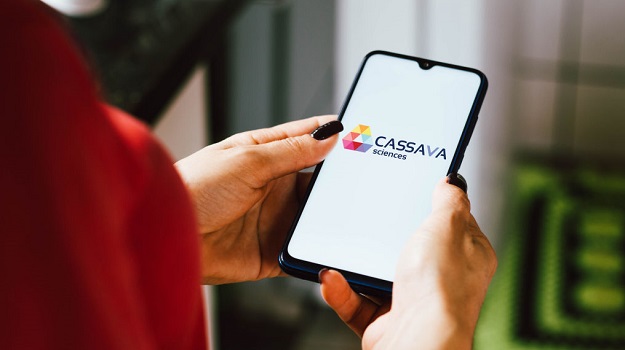 Cassava Sciences is reeling after another journal retracted an article co-authored by a key collaborator on its experimental Alzheimer's disease therapeutic, simufilam.

On Wednesday, the science publication Springer pulled the article "Increased Aβ42-α7-like nicotinic acetylcholine receptor complex level in lymphocytes is associated with apolipoprotein E4-driven Alzheimer's disease pathogenesis," co-authored by Hoau-Yan Wang, a key collaborator with Texas-based Cassava Sciences. Springer said following the 2017 publication of the article, concerns have been raised regarding some of the western blot images used in the article. Western blotting is a technique used in a lab to detect a specific protein in a blood or tissue sample.

"The authors have provided the raw data, which have been assessed by independent experts and deemed insufficient to address the concerns. Therefore, the Editors-in-Chief no longer have confidence in the integrity of the data in this article," Springer wrote on its website.

This is not the first time that papers authored by Wang have been called into question regarding data cited in the articles. Earlier this year, PLoS One retracted five papers that Wang co-authored. The papers were pulled following an in-depth investigation that revealed "serious concerns about the integrity and reliability of the results."

The retraction of the papers in PLoS One led other publications to examine articles that Wang co-authored. Following the pulling of the five papers, in April, the New York Times reported that other journals, including Neurobiology of Aging, took a close look at papers authored by Wang. Those journals did not find evidence of data manipulation but listed methodological errors.

The Times article also included criticisms of Cassava Sciences' research on simufilam, an oral small molecule drug candidate that is designed to restore the normal shape and function of altered filamin A (FLNA) protein in the brain. Some sources, including Nobel Laurette Thomas Sudhoff, questioned the FLNA approach. Sudhoff told the Times that Cassava's conclusions regarding FLNA are "not in the mainstream" and seem "implausible and contrived." Cassava is currently assessing Simufilam in two Phase III studies.

The expose in the Times caused Cassava Sciences President and Chief Executive Officer Remi Barbier to rebut the claims in the report, calling the article "one-sided" and saying the venerable newspaper misrepresented his company's research by only using sources who were critical of the Texas-based company. Barbier also claimed that those who spoke with the Times maintain a negative bias about Cassava. Two, in particular, the Times relied on for its article are known to be shorting the company stock, he added at the time.

Both neuroscientists were behind a Citizen's Petition filed with the U.S. Food and Drug Administration that aimed to suspend the company's clinical research into simufilam. The neuroscientists suggested that Cassava's research included published images that appeared to have been manipulated using Photoshop or similar software. That petition was denied earlier this year after the journal Neuroscience announced that it could find no evidence to support claims of data manipulation in a 2005 paper authored by the company and its scientific collaborators.

Shares of Cassava are down slightly in premarket trading. The stock closed at $26.82 per share on Wednesday.