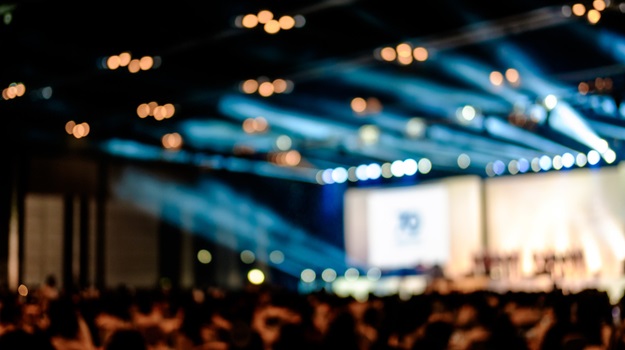 Despite an outcry over a party featuring scantily clad women at the J.P. Morgan Healthcare Conference and a subsequent about-face by its organizers, another party at a biotech conference has now assumed the mantle of infamy.

The annual Party at Bio Not Associated with Bio (PABNAB) in Boston earlier this month featured topless dancers covered in body paint. The party has been decried as tone-deaf and lacking awareness in the wake of the concern over gender equality throughout the pharma and biotech industry.

BioCentury, which first reported about the party, said it received photographs of the topless dancers from attendee Kate Strayer-Benton, the director of strategy at Cambridge, Mass.-based Momenta Pharmaceuticals. Strayer-Benton called the event “beyond tone-deaf,” BioCentury reported. Some of the body paint on the women included corporate logos of the companies that sponsored the event, STAT reported. One of the photos that Strayer-Benton shared with STAT included a dancer with the logos for “the investment firm Alpha Blue Ocean on her abdomen and the biotech company Selexis on her right thigh.”

“That decision does not reflect the values of this industry, BIO or the event’s sponsors.  At a time when our industry and BIO are determined to come together to embrace equality, confront unconscious bias, and condemn sexist attitudes, this event – which is independent of BIO – showed lack of awareness and sensitivity,” Greenwood said in his statement.

“We just can’t have our name associated with such disgusting objectification of women,” Vannineuse told STAT.

PABNAB bills itself as the “anti” party at BIO. The group’s webpage now only has a logo on a black background on its main page. Other pages for the site were down as of the writing of this article. PABNAB’s event is reminiscent of the LifeSci Advisors party at J.P. Morgan in 2016. That party included a number of “scantily-clad” women who were hired to mingle with the primarily male attendees. After a public outcry that included an open letter condemning the party and treating the hired models as nothing more than “chattel,” LifeSci Advisors and founding partner Michael Rice have done a complete about-face and now champion diversity among the ranks of executives and boards of directors in the industry.

Following the PABNAB event, Strayer-Benton issued an edited version of the 2016 open letter authored by Kate Bingham, a managing partner at SV Health Investors, and Karen Bernstein, chair of BioCentury. In her version of the letter, Strayer-Benton pointed to the efforts to increase diversity and the respect for women in the industry.

“You would hope the outrage could end there, but by branding the half-naked bodies of these young women, out colleagues/competitors/partners/industry veterans have managed to make it worse,” she wrote. “We acknowledged in 2016 that it was time for us, as senior women and men in the industry to say ‘Enough.’ So how is it, in this world, where #TimesUp and #MeToo have shown the spotlight on so many industries, an ‘after party’ sponsored by companies within our own industry features topless [female] dancers?”

She added that her letter should not be necessary to outline the ways such objectification of women is wrong. Strayer-Benton concluded her letter with the comment aimed at “those on whose deaf ears these not-so-subtle messages have landed,” that having company logos painted on the “naked skin of topless dancers” is never a good idea.

The PABNAB event is the latest in a number of concerning reports regarding the treatment of women in the sciences. A new report conducted by the National Academies of Sciences, Engineering and Medicine indicates that about half the women in the field have experienced workplace-associated sexual harassment. The Washington Post said the report makes 14 recommendations for combating the harassment including improving transparency in the investigation process and providing better support to women who have been harassed.