Amid Waves of Biotech Layoffs, ADC Developers like ImmunoGen are Thriving 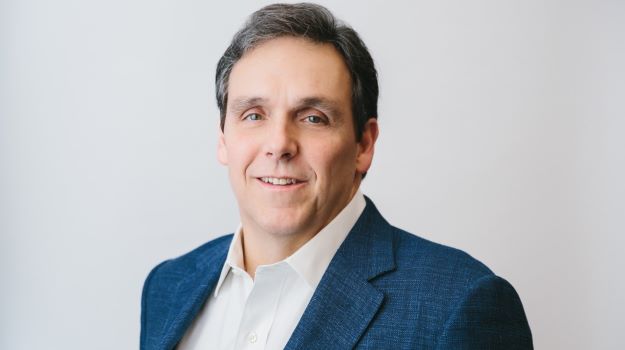 Anticipating a rejection of a key new drug application, Spero Therapeutics recently announced it will lay off 75% of its workforce. In April, Genocea Biosciences’ Phase I/IIa Titan study yielded disappointing results, so the company is terminating 65% of its employees. Similarly, Finch Therapeutics cut its headcount by 20% in April to refocus its product pipeline.

Adaptive Biotechnologies, Gamida Cell, Unity Biotechnology, Novartis, BridgeBio and Nektar have also announced reductions to their workforces this year, which was preceded by nine significant biopharma layoffs in late 2021.

Biotech and biopharma companies are axing their workforces as stock prices drop. Amid all of these layoffs, however, one company – ImmunoGen – is bucking this trend. The Waltham, MA-based company, focused on developing Antibody-drug conjugates (ADCs) for the treatment of cancer, is on a hiring spree.

ImmunoGen’s clinical and preclinical pipeline of ADCs against targets such as ovarian cancer, acute myeloid leukemia (AML) and non-small cell lung cancer (NSCLC) is enabling the company to hire for more than 200 this year.

At the end of 2021, ImmunoGen had around 90 employees. Now, it is looking to nearly triple that number of jobs, 100 of which will be based in Massachusetts. These positions are necessary as ImmunoGen moves from development-stage to a commercial company; growth driven by the anticipation of the company’s first product launch: an ADC called mirvetuximab soravtansine.

On March 29, ImmunoGen submitted a biologics license application (BLA) to the U.S. Food and Drug Administration for the asset, which is intended for the treatment of folate receptor alpha (FRα)-high platinum-resistant ovarian cancer. This is especially significant given the high unmet need of this indication. Mirvetuximab had previously received Orphan Drug Designation from the FDA in April 2015, and Fast Track Designation in 2018.

The BLA application was bolstered by results from Immunogen’s SORAYA clinical trial. In November 2021, the company announced positive top-line results from the Phase III trial, which showed that the primary endpoint, confirmed objective response rate, was met at 32.4%.

In addition to a raft of new employees, ImmunoGen is bringing on more talented leadership. Dr. Mimi Huizinga, M.D., with previous experience at both Novartis and Rafael Holdings, was named the new head of medical affairs in January 2022. ImmunoGen also hired Kristen Harrington-Smith, who also hails from Novartis, as chief commercial officer in November 2021.

Similar to ImmunoGen, Seagen – also a developer of ADCs – is expanding. In April, the Bothell, WA-based company announced it was building a 270,000-square-foot facility that would ultimately create up to 200 skilled jobs and another 150 during the construction phase. Mersana Therapeutics, an ADC company in Cambridge, MA is also thriving and hiring, particularly after making the Boston Globe’s “Top Places to Work 2021” in Massachusetts list in the midsize employer category.

What is it about these companies that is making them so successful? The market for ADCs, a type of cancer immunotherapy, is expected to reach $20 billion by 2028. Despite the large market, only 12 ADC drugs have ever been approved by the FDA.

“ADCs focus on areas of high unmet need,” Enyedy said in an interview with BioSpace. “(They) have standalone anti-tumor activity, so you don’t usually have to combine them with other therapies in order for them to be effective. Additionally, ADCs have a high tolerability profile. In our 40 years of experience, we’ve improved the safety and tolerability profiles of ADCs, and now our discontinuation rates in clinical trials are less than 10%.” He noted that this number used to 20-30%. “The patients are living longer and having a better quality of life, and now that a few ADCs have finally been approved by the FDA, there are hundreds more in the process of being made.”

Audrey Bergan, SVP and chief human resources officer at ImmunoGen, agreed that ADCs are an exciting space that is attracting talent and helping the company to expand. But she also attributed ImmunoGen's hiring success to the culture and contributions of current employees.

“Our people are really our biggest asset, and we’ve needed every single individual to get us to where we are today. We focus on resiliency and agility here,” she said. “Our employee retention rate has been really high, which is a testament to our mission of helping patients. Biotechnology is not an industry for the faint of heart, so these people are choosing us every day.”

Both Bergan and Enyedy were quick to emphasize that ImmunoGen’s path to success has not been linear. In 2019, the FDA told ImmunoGen it would not approve mirvetuximab soravtansine without the company conducting a new Phase III trial. The disappointing news led ImmunoGen to lay off 220 employees and go through a significant restructure where it discontinued some of its other programs.

After their experiences, Bergan and Enyedy had some advice for companies now experiencing similar layoff situations.

“We’ve been there, and it was a dark time,” Bergan reflected. “But the way you treat your employees through the layoffs is the biggest opportunity for you to show dignity and respect. Help your people land softly in new opportunities. The people who stay with your company are watching how you treat them, and that affects your retention rates. Layoffs happen, but how you treat people during layoffs sets the stage for how you rebuild.”

“Transparency is essential,” Enyedy said. “Be candid with what you do and don’t know as you initiate your plan. That’s essential to your credibility. There will be times you ask your employees to believe in you, and they won’t follow you if you pretend to have all the answers. They won’t rally around your vision if they don’t feel like they can trust you.”

As Bergan and Enyedy spoke from experience, they also expressed hope for the future. Companies can indeed come back from layoffs, stock drops and failed clinical trials. It’s part of the process. And now, they believe that ImmunoGen has a bright path ahead.

“As we mature into a commercial global organization, our plan is to be a strong partner," Enyedy said. “That includes patients, physicians, caregivers and payers, all of which are parts of a sustainable healthcare system. We want to reach out to other companies to put collaborations in place for our earlier-stage programs to help fill the front end of our pipeline. Our aspirations are for us to be a player in a larger successful system."