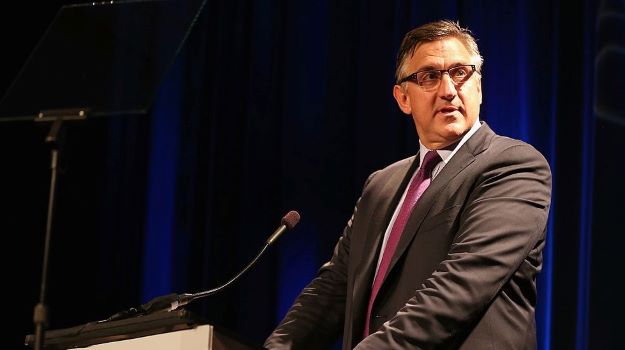 Amgen released its fourth-quarter and full-year 2020 results today, and although there was good news financially, there was also news of five cancer programs that have either been halted or abandoned.

One of the programs was the company’s BCMA BiTE (bispecific T cell engager) program for pavurutamab (AMG 701), which Amgen was developing to replace AMG 420. The company stated, “Enrollment in the Phase I study has been paused while we discuss protocol modifications to optimize safety monitoring and mitigation with the FDA. Currently enrolled patients who are demonstrating benefit may continue to receive investigational product and the Company expects to resume patient enrollment in H1 2021.”

BiTE is a class of artificial bispecific monoclonal antibodies. They direct the body’s immune system, specifically the cytotoxic activity of T cells, against cancer cells. They are fusion proteins made up of two single-chain variable fragments of different antibodies.

Also paused was AMG 673, a CD33-targeting BiTE for acute myelogenous leukemia (AML). They are delaying that program while they determine if AMG 330 would be a better choice.

Three other programs were halted altogether. One is AMG 596, abandoned because of reprioritization of their R&D programs. The Phase I trial of AMG 397, an oral MCL-1 inhibitor, was halted to shift to intravenous MCL-1 inhibitor AMG 176, which is being evaluated in a Phase I study for hematologic malignancies. And then Imlygic (talimogene laherparepvec)’s Phase III in combination with Merck’s checkpoint inhibitor Keytruda (pembrolizumab) for melanoma—it was halted over futility.

In the Q4 conference call, Chief Executive Officer Bob Bradway and R&D Chief David Reese focused on the progress of the company’s BiTE platform, despite the apparent slashing of several of its programs.

“Rather than calling it targeted protein degradation, we’re describing it as our induced proximity platform,” Bradway said. “The intention there as I said, it’s just to be clear that we think the technology that we’re building can be used not just to degrade proteins, but other molecules as well. So we’re excited about it. This is as I said again in my remarks, this is a long-term research strategy and Dave and his team and I spent a lot of time with each other, trying to think about how to position for the long-term.”

He then seems to hint there may be some M&A activity in their future in this area, saying, “it will be both internal and external and remind you that we acquired New Evolution now years ago for the purpose of helping to build out the set of capabilities and I would imagine, we’ll continue to look as I said, both internally and externally.”

Otherwise, for the fourth quarter, Amgen reported total revenues increased 7% to $6.6 billion compared to the fourth quarter of 2019. Product sales grew 8% globally, driven by 13% volume growth across the portfolio, including Otezla (apremilast), MVASI (bevacizumab-awwb), Canjinti (trastuzumab-anns), and Repatha (evolcumab). Amgen acquired Otezla for $13.4 billion from Celgene, after Celgene was acquired by Bristol Myers Squibb and they were forced to divest the drug by the U.S. Securities and Exchange Commission (SEC).

“In a year marked by the disruption of COVID-19, we served patients around the world without interruption, advanced our pipeline and delivered strong financial performance, all while keeping our employees safe,” Bradway said. “As we move into 2021, we look forward to commercializing our pipeline successes.”