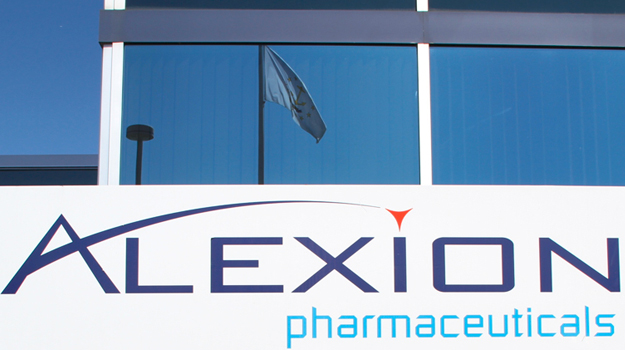 With the company, Alexion will acquire WTX101, Wilson Therapeutics’ Phase III compound for Wilson disease, a rare genetic disorder that affects copper transport and affects the liver. Copper balance is maintained in normal healthy individuals by excreting copper in bile. In Wilson disease patients, a genetic abnormality disrupts the biliary excretion pathway and excess copper accumulates in liver cells. When untreated, the disease causes severe liver, neurologic and psychiatric symptoms, and can lead to death.

The drug is a first-in-class copper-binding agent. In a Phase II clinical trial, WTX101 showed efficacy and safety for treating Wilson disease. The Food and Drug Administration (FDA) as well as the European Medicines Agency (EMA) gave the drug Fast Track designation in the U.S., and Orphan Drug Designation for both agencies.

“Wilson disease is a rare disorder that can lead to severe liver disease, including cirrhosis and acute liver failure, as well as debilitating neurological morbidities such as impaired movement, gait, speech, swallowing, and psychiatric disorders,” said Ludwig Hantson, Alexion’s chief executive officer, in a statement. “WTX101 is an innovative product that addresses the underlying cause of the disease and has the potential to define a new standard of care in treating Wilson disease, an area that has not had a new treatment in over two decades. The acquisition of Wilson Therapeutics is a strong strategic fit for Alexion given the overlap with our current clinical and commercial focus on metabolic and neurologic disorders, and is an important first step in rebuilding our clinical pipeline.”

The deal involves Alexion acquiring 28,292,272 outstanding shares of the company for SEK 232. The current exchange rate for Swedish Krona is one Krona per 0.12 U.S. dollars. Alexion will pay about $27.90 (US) per share, for a total of about $855 million. This is a premium of about 70 percent compared to Wilson’s closing price on the Nasdaq Stockholm on April 10, and a premium of 89 percent compared to the last 90 trading days volume weighted average share price.

In a statement, Wilson Therapeutics noted, “In the Committee’s opinion, the combination of Alexion and Wilson Therapeutics will not only deliver substantial and near-term value to Wilson Therapeutics’ shareholders, but also leverage Alexion’s leading expertise in rare disease drug development and commercialization with the aim of making WTX101 available to Wilson Disease patients worldwide. The proposed transaction highlights the shared commitment of the companies in addressing the significant unmet medical need in Wilson Disease with the continued focused development of this novel investigational first-in-class medicine, with the potential to advance treatment options for Wilson Disease patients and their caregivers.”

The merged companies will continue with the ongoing pivotal Phase III FOCuS Study.

Wilson Therapeutics also notes that the company had received an unsolicited, non-binding bid prior to Alexion’s in early 2018 from an undisclosed company. After taking into consideration the offers, Wilson’s board voted unanimously to accept the Alexion bid.

“Alexion is a global leader in rare diseases with a proven record of developing and commercializing therapies for patients with rare diseases, making them a great partner to make WTX101 available to Wilson disease patients worldwide,” said Jonas Hansson, chief executive officer of Wilson Therapeutics, in a statement.