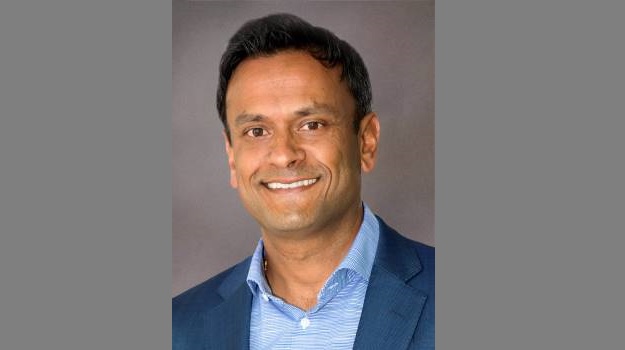 After an enrollment snafu that led to a clinical hold and delays due to the COVID-19 pandemic, Bay Area-based CymaBay Therapeutics is back in the clinic with lead candidate seladelpar, a potential treatment for primary biliary cholangitis (PBC).

In 2019, CymaBay was running studies of seladelpar, a potent and selective peroxisome proliferator-activated receptor delta (PPARδ) agonist, in PBC, as well as for non-alcoholic steatohepatitis (NASH). The studies were going well, but when the company began to assess blinded interim data from the NASH trial, the pathologist on the research team began to see a significant number of atypical histological findings. Approximately 30% of patients were showing signs of the atypical histologies, including histology characterized as an interface hepatitis presentation, with or without biliary injury, CymaBay Chief Executive Officer Sujal Shah told BioSpace in an exclusive interview.

Out of an abundance of caution, the studies of the drug in both NASH and PBC were halted, and the asset was placed on clinical hold by the U.S. Food and Drug Administration. There were concerns that these patients either had other underlying diseases or that seladelpar itself was causing damage.

“We had to ethically stop and study what that meant for the drug and for our company,” Shah explained.

After approximately nine months, an independent investigation conducted by liver experts and pathologists determined that all the unusual features of histology were there at baseline before the patients entered the study, Shah said. It turned out that the pathologists were not flagging these patients when they were first enrolled in the study.

“It was effectively a false alarm. The NASH study and the PBC study should never have been stopped,” he said. “Had we not had to stop, we could be seeing a potential approval this year.”

The holds were lifted by the FDA in July of 2020, but the company’s timeline had been severely set back by the miscalculation. Still, Shah said there are silver linings to all setbacks and they were able to learn even more about the efficacy of seladelpar, particularly in PBC, which had been in a small Phase III study.

For the halted PBC study, CymaBay announced last year that due to the early termination and the small number of patients who had reached the 52-week time point, the primary outcome measure was amended prior to database lock to a three-month time point which was reached by 167 of 265 patients. The amended data shows that seladelpar achieved the primary composite outcome with high statistical significance in 78.2% of patients in the 10 mg group and 57.1% in the 5 mg group compared to 12.5% on placebo after three months. Shah said the results were promising and confirmed what the company had previously seen. However, a second Phase III study would be necessary to carry the asset to the finish line in PBC.

“2021 has been all about getting back into the clinic,” he said

The company anticipates the continued efficacy of seladelpar in PBC during this new Phase III study. Last year’s data set should be reflected in the ongoing Phase III study, Shah said, which could set up approval for a new treatment option for PBC patients. PBC is a chronic disease in which the bile ducts in the liver are slowly destroyed, causing a build-up of toxic bile acids in the liver. The disease primarily affects women and can lead to an increased risk of cancer or death. Two of the most common indicators of the disease are a debilitating fatigue, as well as pruritus, an intense itching that goes well below the skin.

Currently, there are only two drugs approved by the FDA for PBC. The first is ursodeoxycholic acid (UDCA), which has been in use for about 30 years. Shah noted that the drug does slow the progression of the disease, but a significant number of patients, about 40%, have an inadequate response. The other drug is Intercept Pharma’s obeticholic acid (Ocaliva), which was approved in 2016. Ocaliva does help some of the patients, but like UDCA, a significant number of patients do not have an adequate benefit, Shah said. Worse, Ocaliva can cause or worsen the itch associated with PBC.

If seladelpar is ultimately approved by the FDA, Shah believes it will be able to help a significant number of patients without worsening pruritus. Recent data presented in November at the American Association for the Study of Liver Diseases annual Liver Meeting highlights the potential of the CymaBay drug in these patients. The company is seeing long-term improvements up to 2 years in patients, which Shah called sustained benefits. It is also seeing an approximately 80% response rate in patients. Data showed that at three months, almost 30% normalized and at two years, the numbers had climbed to 40%.

“We believe that seladelpar can give a greater proportion of patients a greater degree of disease improvement,” Shah said. “This now has the medical community talking about normalization as the goal.”

The new Phase III study is expected to be fully enrolled in 2022. From there, topline data is expected about 13 months after that. If the data is good, a New Drug Application could be filed within six months with potential approval by the end of 2024.

“When we saw the impact that seladelpar had on patients, that gave us the energy to get through the challenges that we’ve faced,” Shah said.