ADC Therapeutics and Adagene Team Up to Develop Anti-Cancer Molecules 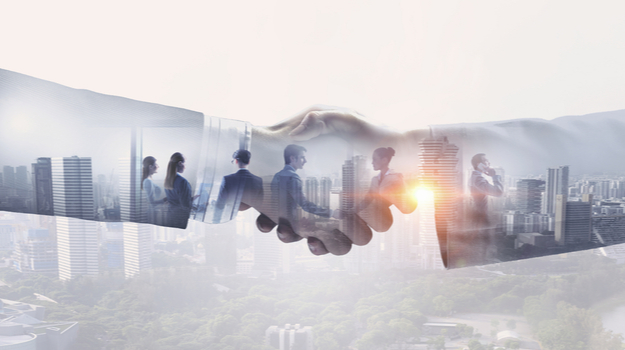 ADC Therapeutics, based in Lausanne, Switzerland, and Adagene, headquartered in Suzhou, China and San Francisco, announced a discovery collaboration and license deal.

The deal is for one exclusive target with the option for another. Both programs will focus on targets where healthy tissue expression limits development of ADCs that use traditional antibodies.

“The SAFEbody technology requires specific conditions within the tumor microenvironment to unleash the ADC’s full therapeutic potential,” stated Patrick van Berkel, senior vice president of Research and Development at ADC. “Combining a SAFEbody with highly potent PBD-based payloads will allow us to develop potent new tumor-specific ADCs that depend on the unique conditions in the local tumor microenvironment for full activation.”

On Feb. 20, ADC Therapeutics announced it had dosed its first patient in a Phase I clinical trial of ADCT-402 (loncastuximab tesirine) in combination with Pharmacyclics’ ibrutinib in patients with advanced diffuse large B-cell lymphoma (DLBCL) or mantle cell lymphoma (MCL). ADCT-402 is an ADC that targets and kills CD19-expressing malignant B-cells.

The ADC is also being evaluated in an ongoing Phase II clinical trial in patients with relapsed or refractory (R/R) DLBCL and a Phase I clinical trial in combination with AstraZeneca’s Imfinzi (durvalumab) in multiple types of R/R non-Hodgkin lymphoma.

At the time, Jay Feingold, ADC’s chief medical officer and senior vice president of Clinical Development, stated, “At the 60th American Society of Hematology (ASH) Annual Meeting, the data we presented from our 183-patient first-in-human clinical trial of ADCT-402 demonstrated its encouraging safety profile and anti-tumor activity as a single agent against relapsed or refractory diffuse large B-cell lymphoma and mantle cell lymphoma. Now, in our second combination trial of ADCT-402, we look forward to exploring whether ADCT-402 and ibrutinib, both of which target B-cell cancers with different mechanisms of action, may increase the response rate and durability of response compared to the effects of these compounds as single agents.”

On March 4, Adagene announced a multi-target platform evaluation with Celgene Corporation. Under that deal, Adagene will use its Dynamic Precision Library to discover antibodies against targets picked by Celgene. No financial details were disclosed.