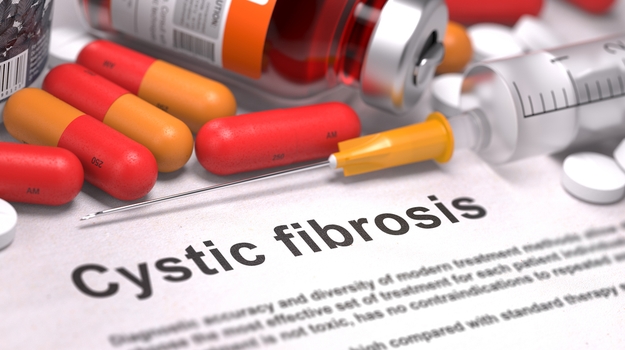 Chicago-based AbbVie announced plans for a strategic collaboration with the Cystic Fibrosis Foundation. AbbVie will work to develop a cystic fibrosis transmembrane conductance regulator (CFTR) potentiator compound that it licensed from the Foundation.

Cystic fibrosis (CF) is a progressive genetic disease that results in persistent lung infections. It is caused by mutations in the CFTR gene, which cause the CFTR protein to behave abnormally. When it doesn’t work correctly, it does not move chloride to the cell surface. Chloride would normally attract water to the cell surface. As a result, the mucus in various organs, in particular the lungs, becomes thick and sticky.

“Modulator therapies present the most transformative treatment advance in the history of CF,” said William Skach, senior vice president of Research Affairs for the Cystic Fibrosis Foundation. “With this collaboration, we are excited about the potential to identify new therapeutic options for people with CF and to continue our relentless pursuit of treatments for the underlying cause of CF for every person with the disease.”

The announcement comes only days after the U.S. Food and Drug Administration (FDA) approved a new CF medication. Vertex Pharmaceuticals’ Trikafta (elexacaftor/tezacaftor/ivacaftor and ivacaftor) is expected to be a useful treatment for 90% of patients with CF. The drug was approved for people ages 12 years and up who have at least one F508del mutation in the CFTR gene. This is the most common CF-causing mutation, although there are about 2,000 known CF mutations.

“For approximately 6,000 people with CF in the U.S., Trikafta is the first medicine that can treat the underlying cause of their disease,” said Jeffrey Leiden, chairman and chief executive officer of Vertex. “I want to personally thank the hundreds of Vertex scientists who have been working on this program for nearly 20 years—many of whom have dedicated their entire careers to changing the course of this disease; the CF Foundation which has provided support, encouragement and help throughout the journey; and most importantly the thousands of patients, caregivers, doctors and advocates who have courageously and persistently worked side-by-side with us to get to where we are today.”

Earlier this month the Cystic Fibrosis Foundation awarded up to $7 million to Enterprise Therapeutics to develop a drug that targets a non-CFTR chloride channel in lung cells. The chloride channel is TMEM16A. Enterprise theorizes that the drug will help hydrate the mucus in the lungs of CF patients, which would make it easier to clear and decrease the chances of lung infections.

The drug is ETD002 and the funding will support preclinical development. Enterprise believes the drug has the possibility of helping CF patients regardless of the mutation. TMEM16A is a calcium activated chloride channel (CaCC). It opens in response to small increases in calcium in the lung cells. ETD002 activates the channel for longer periods.

“We are delighted to receive such a significant award from the CF Foundation,” said John Ford, chief executive officer of Enterprise. “This funding will enable critical clinical research to be undertaken on our novel TMEM16A program, and highlights the potential of chloride channel modulation via alternative channels to deliver innovative and effective treatments for all CF patients.”