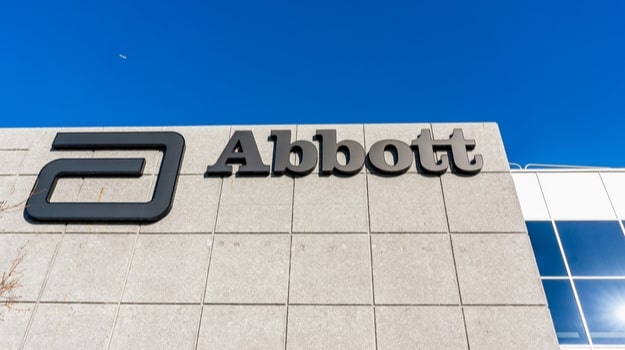 According to Abbott’s lawsuit, the same day Clavel resigned from his position for “health” reasons, he accepted a position as vice president of marketing in the clinical diagnostics division of Bio-Rad Laboratories, a California-based diagnostics company. He claimed to have not signed on with any job at that point, but had actually signed an offer letter accepting the job at Bio-Rad.

As Vice President, Rapid Diagnostics Infectious Diseases Emerging Markets at Abbott, Clavel was responsible for rapid diagnostic tests for infectious diseases, including the company’s COVID-19 tests. Clavel’s Employment Agreement prohibited him from working in a similar function for a competing business for twelve months after terminating employment.

Abbott’s lawsuit said that after his resignation, it was discovered he had downloaded files onto external storage devices from his company laptop, which Clavel denies doing. It also alleges emails were forwarded to a personal email address containing confidential information and market predictions along with information about an Abbott COVID-19 test.

"Although it is impossible to determine exactly what Clavel may have copied to these external storage devices, the information available indicates that Clavel’s devices contain Abbott confidential documents and information," the lawsuit states. "The conclusion is inescapable—Clavel is leaving to join a competitor as a top marketing executive, and he’s planning to take Abbott’s confidential information and trade secrets with him."

The lawsuit seeks an order to prevent Clavel from assuming any position at Bio-Rad. As of this week, a district judge granted a two-week restraining order against Clavel to prevent beginning work for Bio-Rad, permit expedited discovery for Abbott to determine which information was stolen and forces surrender of the USB drives within 24 hours and sensitive emails within one week.

The effects of the COVID-19 pandemic have the potential to create a flood of trade secret litigations similar to this one.

“The volume of trade secret litigation, the volume of new cases filed, is going to greatly increase over the next five years. The reason is an increase in employee mobility that we’re seeing now, and we’re going to continue to see in the years to come,” said Mintz Law Firm associate Nick Armington.

At the start of the pandemic, 88% of companies reported their employees were working from home. The American Bar Association compared the COVID-induced virtual office to a virtual sieve. Employees now have access to highly valuable, incredibly sensitive information right from their kitchen table.

Couple the work from home operation with a surge in layoffs bringing unemployment to 14.7% in April and you’re bound to have some desperate people do some desperate things. The temptation to stick in a thumb drive and download confidential company files to get a leg-up with a hiring competitor or even starting their own competing company can be too great for the suddenly laid off or otherwise disgruntled employee.

Congress may have also paved the way for an increase in trade secret cases with their 2016 passage of the Defend Trade Secrets Act. This created a favorable environment for companies to pursue trade secret lawsuits, increasing the occurrence of this type of litigation by 25% in federal courts.

The ABA recommends a few simple steps to help maintain secrecy of valuable company information. In addition to requiring a confidentiality agreement during the hiring process, reminders about keeping confidential information confidential, even when working from home, can be useful. Also limiting trade secret access to those who truly need to know along with keeping the data in a password-protected database. In the unfortunate situation of layoffs or other termination, employers should be proactive in reminding employees of their confidentiality obligations. It is essential that hard-copy and electronic information is returned and no copies are retained on thumb drives, personal devices, etc.

During the years following the great recession of 2007-2009, there was a major increase in the number of new trade secret litigations filed during recovery. Experts are seeing the same indicators now, and advise companies prepare and protect themselves accordingly.